Sometimes a debut comes along which sets you back on your heels and forcibly drags a declaration of “something special and its creators heading towards making a major impact”. British metallers Arcaeon has unveiled one of those moments with the Balance EP. It presents five tracks of the band’s striking sound, a fusion of melodic metalcore with groove, progressive, and technical metal. It is an equal mix of all living up to the EP’s title with even more to captivate ears and imagination with. Quite simply it is superb and from a band still to complete its first year which only adds to the excitement and anticipation of things ahead.

Hailing from Reading, the quintet has already earned keen plaudits from sharing stages with the likes of Devil Sold His Soul, The Voynich Code, and The Arusha Accord, and can expect a tide of more with the release of Balance which they are planning to support with a UK tour.

It opens with Endeavour, slipping in on a melodic shimmer flickering with crystalline melodies. Rhythms occasionally break the calm, laying intent for the following web of grooves and vocals growls to emulate. Already a nest of progressive and technical metal rapacity, the track envelops the raw throated throes of vocalist William Alex Young though in quick time he shows his dexterity in warm and melodic expression potently backed by the vocal harmonies of guitarist Sam Machin. In turn his and the enterprise of fellow guitarist Rhys Thomas weaves even greater drama and technical adventure, the track evolving by the twist and turn into a mouth-watering unpredictable treat. 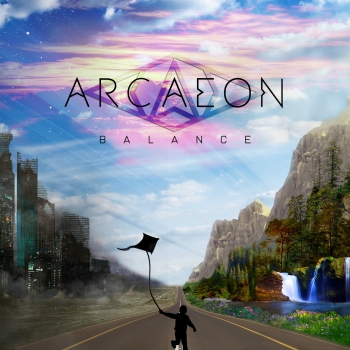 It is an ear and imagination stirring start which still gets eclipsed by the following Fade. With predacious beats from Joe Farrell stalking an electric tease, the song is soon a jungle of grooves, melodic tendrils, and invasive rhythms led by the compelling groan of Eifion Sweet’s bass. The song’s initial growl mellows out as Young swings from his raw attack to warm emotions, melodic radiance twinkling within the heavier grooved netting. As with its predecessor, things barely settle for more than a few breaths before fresh turns are made, the individual craft of the band as gripping as their united mastery and exploration of their sound and songwriting. It is less of an examination than the previous track but still nurturing some moments of almost primal creative hunger before Mind’s Eye takes over twisting the senses.

The third track arrives on sonic mist, but soon enveloping ears in a web of thick wiry grooves as melodic crystals glitter. The beguiling landscape soon welcomes Young’s mellow touch which almost as quickly breeds grouchier textures; a move echoed in the ever mercurial flight of sound. With jazzier hues and caustic ferocity blossoming across its fascinating landscape, the track is a relentless temptation on its way towards the EP’s pinnacle, Dysaxis. The outstanding track leaps upon the senses from an industrial scented lead, vocals and riffs digging in their aggressive claws as grooves invades and rhythms badger. It is a metalcore bred insurgency which effortlessly dips into a siren-esque progressive detour, the track returning to its predatory intent with greater groove and alternative metal enterprise to the fore. Each following cycle brings a fresh shade of flavour and invention, and all nagging the senses and passion with an insatiable appetite.

Legacies completes the line-up, its melodic beauty a swift wash of endeavour matched by the warmth of vocals. Though less tempestuous than its companions and especially its predecessor, the track has a fire in its belly and a lingering rage on its lips which erupts to break the gossamer hued climate. Ensuring the EP ends on a matching high to its beginnings, the song epitomises the skilled almost majestic weave Arcaeon casts in each and every track.

Balance is a magnet for ears and pleasure, and quite easy to suggest the first outstanding steps of a band already walking the lips of special.