Riffocity – Under A Mourning Sky 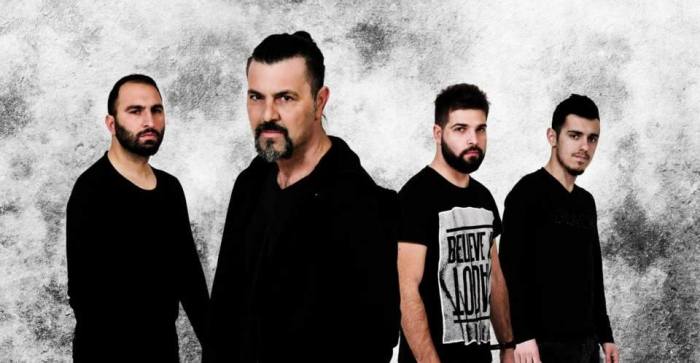 As if thrash metal has not be blessed enough with some outstanding releases this year, Greek metallers Riffocity have added another mouth-watering roar with their debut album Under A Mourning Sky. Thrash bred but casting a web of inescapable hooks and incessant grooves doused in melodic fire, the ten track encounter is like a dog with a bone; seizing ears and imagination with creative jaws, gnawing and shaking the senses until absolute submission is given to its predacious prowess.

Formed in 2013 by guitarist Dimitris Kalaitzidis, Serres hailing Riffocity gave notice of their potential and invention with the Disciples of the Storm EP last year. It is fair to say though that Under A Mourning Sky has not only realised that early promise but taken it to a whole new level. Recorded with Firewind guitarist/keyboardist Bob Katsionis, who also mixed and mastered the encounter as well as provided its keys, the album instantly lays a tight grip on attention with the opening throes of first track Hail Thy Father. As imposing beats land riffs gather, guitars and bass colluding in drama and intent as melodic wires emerge to entangle the threat. Straight away an appetite for the impending explosion is ripe, increasing in anticipation as the band heads into a momentary suggestive breath and the groove woven netting which springs from it. Made up of various twists, the track’s nagging enterprise is irresistible, the guitars of Kalaitzidis and George Lezkidis casting addiction as the bass of Panos Savvas grumbles. With the rousing roar of vocalist Thomas Trabouras backed by Kalaitzidis its own anthemic incitement, the track is near on perfection and certainly one of the best starts to an album this year. 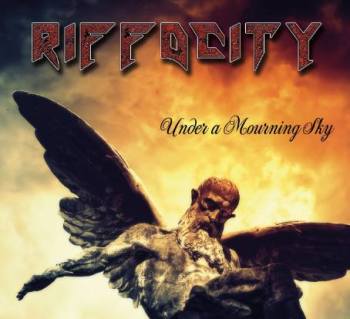 Riffocity swiftly show the dexterity of sound and imagination in their sound with next up Arnis Oblivion, its opening piano nurture elegance is soon wrapped in classic metal breath and suggestion before thrash instincts again charge ears with nostrils flared. The sudden drop into melodic calm with a great clean Greek sung croon just catches the imagination, Constantin Maris guesting alongside Trabouras across the song. The band continues to sublimely blend mellow and feverish endeavour with increasing imagination and unpredictability before the song makes way for the ferocious energy and infectious trespass of the equally outstanding Bitter Sunday. Again the fusion of thrash and groove metal, to simplify its character, is so easy to devour and get involved with, riffs and rhythms alone a virulent persuasion never allowing expectations a moment to settle.

Fortunes of Death emerges from its stormy climate with melodic tendrils wrapping ears with more poetic suggestion, their vines as captivating as Trabouras’ gentle but commanding vocal caresses. It too is an enslaving start which blossoms into a compelling theatre of sound and enterprise with Maris once more adding his vocal prowess. There is something familiar about the song once it is in full bloom yet nothing which can be defined only enjoyed as the band blends an array of metallic flavours with increasing boldness and intensity; the track at times as rabid as its predecessor.

Through the ravenous tone and exploits of This Eternal Secret Lies Above and the senses stalking tenacity of From Inside the Arrows Come, the album and pleasure just escalate, the second of the two especially invasive and riveting with Riffocity again showing they really know how to begin a song and build anticipation for its attack, and indeed how to back up that suggested potential with craft and invention.

There is no sign of a dip in adventure or enjoyment as track by track the album ravages the senses, next up Isolation open in its Testament/Exodus like breeding and bold in its own creative mature while Perished Unloved, with Savvas’ bass simply and wonderfully bestial in voice, twists and turns with dervish qualities and a devilish intent though its thrashing antics are all controlled and eagerly rapacious.

The album’s title track is another where certain elements seem recognisable yet everything is fresh and eagerly chewed upon as the song dances voraciously and trickily in the ears, setting up a new wave of greed ready for the closing raptorial grasp of Above the End. With riffs that hound ears, rhythms that pummel the senses, and an anthemic urgency that ignites the spirit the track is inescapable pleasure, and with imagination and melodic canniness blazing within those walls, a conclusion to the album as potent as its start.

As suggested, thrash has had a mighty year with impressive releases and Under a Mourning Sky just might be the best of the lot; certainly it is at the fore of the most enjoyably addictive and devoured right here.

Under A Mourning Sky is available now through Riffocity.