We all need a warm caress to get through the all too often intense days of life and one rather knowing one comes in the shape of the new single from Joe Dolman, a song which itself looks at “how it can be difficult to get anywhere no matter how hard you try; and that sometimes you need help from something or someone to help you get to where you’re aiming for because nothing you’re doing seems to be working out.” Inspired by his fight trying to make a career in the music industry, Something Beautiful is a melodic hug on ears which needs little time to catch the imagination. 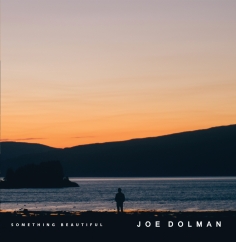 British singer-songwriter Dolman has increasingly drawn keener and broader attention over the past three or so years. The21-year-old from Leamington Spa has independently released two EPs which have taken him to the top 10 in the UK and US iTunes charts, gained support and plays with BBC Radio 1 and BBC Introducing, played the big stage at Hyde Park in 2014 as well as festivals such as Reeperbahn in Hamburg, The Great Escape 2017, and headlined the Acoustic Stage at Godiva Festival 2017. Adding regular jaunts around the UK and dates and tours across America and it can be said that Dolman is winning the battle especially with songs like Something Beautiful in his arsenal.

As soon as the inviting strum on guitar coaxes attention is right there, harmonies adding to the beckon before Dolman’s potent tones take centre stage. Even in verse there is a quick and potent catchiness which subsequently ignites in the chorus, its rousing call sublimely backed by a magnetic melodic hook to further get the appetite fired up.

In many ways there is nothing surprising about the track, the likes of James Bay and Damien Rice coming to mind, yet it does not mean it is not as fresh and vibrant as anything heard this year from similarly styled artists or that it is anything other than one highly enjoyable proposition from an artist on a certain rise within the UK music scene.

Something Beautiful is out now.

Like Loading...
‹ Exoskeletons – We Are Here To Make Things Better
The Tranquil – Get Up/ Live For The Weekend ›