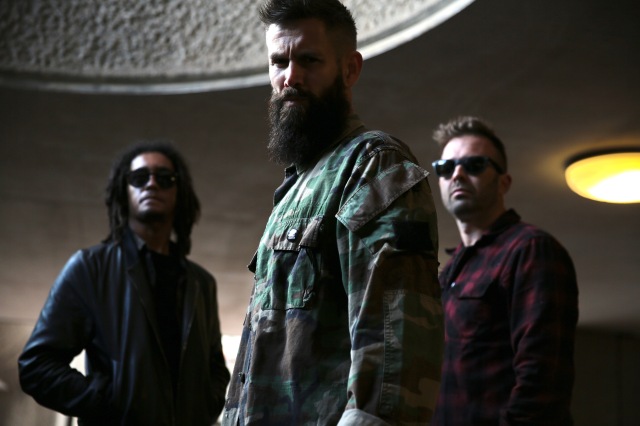 Having embraced a big year with the release of new album Vices in May, undertaking a supporting 20 date UK and European tour, receiving featured airplay across the likes of Kerrang!, BBC Introducing, Planet Rock and a horde of regional and online stations, plus the addition of a new bass player, Katalina Kicks cap it off with the release new single We Don’t Care. A slice of pure punk rock twisted and manipulated into the alternative rock infused sound which has already brought attention and acclaim the way of the UK band, We Don’t Care is a snarling ‘fuck you’ declaration bringing the spirit of ’77 to the modern generation. 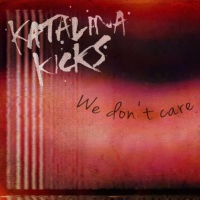 As mentioned, the single sees bassist Conor Cotterill alongside remaining band original in vocalist/guitarist Ian George and drummer Jase Wilkinson for the first time. Whether it is the new line-up or simple evolution but Katalina Kicks have managed to find a new antagonistic growl in their sound, a raw but virulently infectious and belligerent ferocity within We Don’t Care which as suggested recalls the late seventies when music found its defiant originality and attitude if for only a brief moment.

Its electro punk opening sweeps temptingly through ears, its sonic teasing the lure into a rapacious web of riffs and rhythms within which George raises his vocal middle finger. Bellowing against those trying to put the band down over the years and all wronging the world, it stomps and spews antagonism across the senses like a fusion of The Damned and Calling All Astronauts. The song’s nagging prowess and sounds are manna to the ears, words and hooks flirtation for the imagination and combined a spark to those feelings once rife numerous decades ago.

Katalina Kicks just seem to get better and better with every irritable expulsion and if We Don’t Care is the sign of things to come, set to have an even bigger, bolder year in 2018.

We Don’t Care is available now