Allowing no hiding place, House of Decay is a tempest of psychotic noise and vicious dexterity; quite simply one of the best things to escape the extreme metal scene this year. The EP is the venomous creation of US band Cranely Gardens, an outfit which plunders the diverse landscape of metal to forge its own distinct and striking tempest now raging within one impressive encounter.

Formed in 2008, New Jersey hailing Cranely Gardens soon began weaving and honing the diversely flavoured sound which was to make debut EP Locust Valley a well-received encounter in 2015. The band has continued to nurture their individual sound and creative character, House of Decay a new plateau darker and more tempestuous yet finely crafted and a declaration that the band is ready to take on the biggest attention.

Once the sample built Muswell Hill sets the tone and atmosphere, History of a Drowning Boy seizes ears and imagination with its multi-textured tempest. It is a maelstrom of sound bred from a fusion of death and thrash metal, its imagination growing to create a cauldron of everything from nu and groove to blackened heavy metal in a forceful trespass which infests ears and psyche. Like a blend of French outfit Trepalium and UK’s Anti-Clone to give it some kind of identity, the track savages and seduces with every passing second whilst embracing an unpredictability which is not constant but brings rich surprises and twists when it breaks. 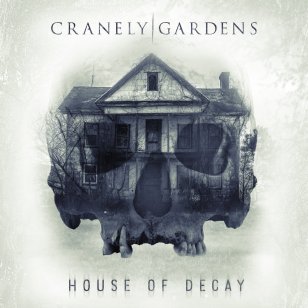 The excellent trespass features guest Will Ramos from A Wake in Providence, its successor Seven Faces sees For the Fallen Dreams vocalist Chad Ruhlig guesting. The track instantly submerges the listener in an invasive cloud of predatory noise, from the midst of which winding grooves and rampant rhythms driven by the vicious swings of Victor Figueroa break. His beats are pure venom in every touch, the bass of Alex Niszczak a predacious companion whilst the guitars of Randy Mac and Joe Fedele cast a sonic tempest built on technical and instinctive dexterity which is pure toxicity. The threat loaded throat of vocalist Chaz Macklin centres it all with an almost carnal prowess, his intensive examination just as compelling within next up Savages which has Dan Watson of Enterprise Earth and Sims Cashion additionally on board. On the surface, the song seems less adventurous than its predecessors though its grooves swiftly wind persuasively around ears but time and intent reveals the devious web at its core luring increased attention as a swarming of sonic temptation offers delicious bait.

Still it does not quite match up to those before or the following threat of Rapture where Narrow Vision frontman Josh Frazier adds his rapacious tones to the animosity unloaded by Macklin. Venturing into a more nu meets melodic metal terrain without defusing the same raw antipathy and corrosive fury of its companions, the track punishingly takes the passions.

Carry the Earth steps up next, the rhythmic ingenuity of Figueroa leading the way and not for the first or last time running with rock ‘n’ roll instincts before guitars and bass spread their cathartic animosity. The melodic hook feels a relatively familiar tempting across the EP but this certainly does not damage its impact either across the whole or in a track which scorches the senses and runs with the imagination like an unhinged predator.

The Challenger brings things to a close, its body also coaxed in by Figueroa’s tenacious invention; the subsequent highly resourceful sonic disturbance cored by a malignant cyclone driven by creative rancor. In saying that, its melancholic melodies are emotional sighs which add further drama and adventure to the concussive but gracefully primal finale. It is a volcanic close to an EP which just impresses more and more listen by listen. It is not the perfect offering but the potential sealing any cracks ensures it makes for a truly powerful and lingering incitement.

House of Decay is out now @ https://cranelygardens1.bandcamp.com/album/house-of-decay