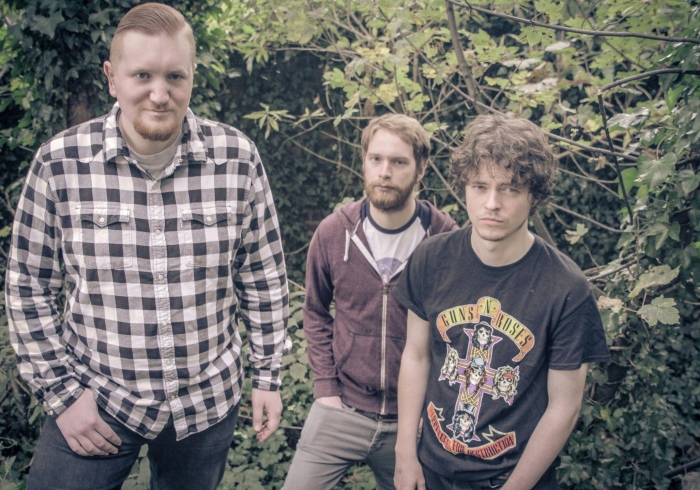 With its title pretty much summing up its contents, the Very Cool & Groovy EP is the new offering from UK rockers Puppet Kings. Enticing ears with four tracks of beefy riff loaded rock ‘n’ roll, the release easily has attention in its hands rewarding it with a thoroughly enjoyable time.

Formed around 2011/12, Puppet Kings emerged from the ever potent Brighton music scene though the trio is now based in the Surrey/West Sussex/South London area. A self-titled debut EP was well-received in 2012; a strong introduction subsequently followed with increasing success by the single The Gift That Keeps Giving of the following year and the Timebomb EP in 2015. Those encounters coincided with a growing reputation gaining live presence which has seen Puppet Kings share stages with the likes of Skindred, Therapy?, Kobra & The Lotus, Sons Of Icarus and We Are The Ocean, Black Peaks, and Heck a ross the UK over the years. Fusing hard and classic rock with metal bred strains for their eventful sound, the threesome of guitarist/vocalist Tom Cochrane, bassist/vocalist Neil Sawyer, and drummer/vocalist Harry Lehane are now hungry to provoke bigger attention with Very Cool & Groovy. 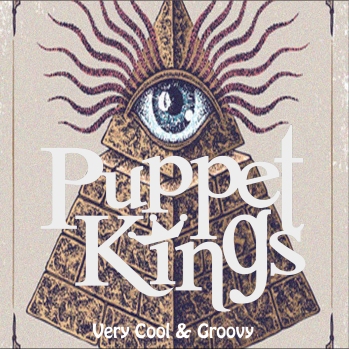 It opens up with the swiftly captivating Wanderlust, riffs and melodic enticement soon colluding in their persuasion of the listener. Probing rhythms court the sultry grooves emerging within the heated and quickly infectious proposal; strong and similarly alluring vocals completing the tempting scene. There is a swing to the song’s gait and magnetic enterprise in its melodic and sonic interplay while the chorus is one where it would simply be rude not to join in with.

The excellent start is followed by the similarly spicy and tenacious Taurus. It too has a tempting range of jagged hooks and nagging riffs to get caught up on whilst the band’s potent vocals spark as magnetically as the inventive web cast by Cochrane’s guitar. As with the first track, there is something familiar to the song though nothing easy to pin down, just an overall feel to its otherwise individual hard rock nurtured rock ‘n’ roll.

Latest single Rich N White comes next with blues lined grooves teasing and taunting the senses as bass and drums stroll. Though maybe not the song we might have chosen for its lead single, there is no escaping its instinctive catchiness and the accomplished craft shaping its increasing persuasion, the song simply growing in pleasure listen by listen. Equally it shows the lyrical presence of the band is no lightweight proposal either as the song looks at the current state of the world before Other Side brings the release to a close. Straight away it is swinging with juicy grooves as riffs press and rhythms jab, the bass carrying an inviting swagger alongside more of the band’s enticing vocals. The chorus does not quite live up to the build-up, its moment a touch predictable compared to the inventive enterprise and imagination leading up to it but again listener involvement is easy as Very Cool & Groovy proves its name is as apt here as anywhere within its appealing body.

Whether Very Cool & Groovy is the break through moment for Puppet Kings time will tell but if not its potential suggests that the moment is on the cards while giving ears a rather pleasing time.