Home › Music › Album › Jack of None -Who Shot Bukowski

Jack of None -Who Shot Bukowski

Having released one of the most fascinating albums of 2016, US trio experimental brother sister trio Jack of None offer up one of this year’s most compelling in its successor Who Shot Bukowski. Weaving a tapestry of art, alternative, post punk and electronic rock, to simplify their sound, the band infests ears and fingers the psyche across ten tracks of creative drama. It is a journey into the shadowy side of the human condition, an adventure into devious infectiousness, and increasing addiction to embrace with every manipulative listen.

Splitting themselves between Philippines capital Manila and Chicago, Jack of None consists of brothers A.G. (principal composer on guitar, bass and synths) and Julian Syjuco (guitar) alongside sister Maxine (poet-songwriter and vocalist). Last year their first album, Who’s Listening to Van Gogh’s Ear?, was greeted with widespread acclaim, going on to receive 3 nominations at the 15th Independent Music Awards including Best Album in its genre, though what that genre maybe is anyone’s guess such the eclectic nature of their imagination and sound. Who Shot Bukowski is destined to not only replicate its predecessor’s success but thrust the threesome towards thicker and richer attention with its irresistible theatre of contagious intrigue and bold enterprise.

Swiftly Who Shot Bukowski reveals that doughty adventure and imagination in opener Strangest Bedfellows, allowing the hints and seeds sown in the more industrial lined Who’s Listening to Van Gogh’s Ear? to blossom and flourish. The track glides in on a slow swing, guitar and rhythms teasing with tantalising bait around the seductive temptation of Maxine’s voice. Steelier grooves erupt as things get provocatively hazier and magnetically sinister but still the emotive affair between ear and song continues to have the thickest grip whilst sharing increasingly catchy and flirtatious lures along the way.

It is an outstanding start swiftly matched by the following pair of Sticks and Stones and X-Y-Sex. The first of the two merges industrial and psych rock with folk pop hues, its touch simultaneously grainy and warm as Maxine erotically touches the imagination with her tones. A Marilyn Manson like causticity breaks as the track bursts into a more volatile state but soon returning to that initial now increasingly jazz funk laced calm; a carousel which continues to turn across the song before its successor steals the show with its noir lit beauty and haunting contagion. The previous track reminded of US industrial electro rock outfit Scream Machine, this even more so but equally has something of eighties UK band The Passage to it too. Like a dream almost nightmarish in its Orwellian design as visual eroticism teases, the track is pure bewitchment leading the imagination on a flirtatious dance from start to finish. 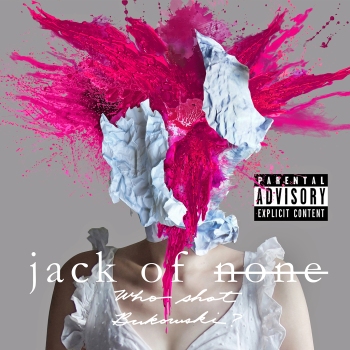 Dear Georges (Vous Petit Monstre) is next, an even darker bête noire of emotion and thoughts with its entrancing charms and seductive shadows, all led by Maxine’s almost predatory melodic grace and the similarly disarming exploits of her brothers. It too carries flames of metallic toxicity through the raw torrents of guitar but is at its most fantastic with its deviously mellow caresses.

Lyrically every song is a story, a gothic poem of sorts which is as much an engineer of the imagination as their delivery and the sound cradling their revelations, The Brainwashers another fine example within its raw dance and invasive electronic machination. A uniquely beguiling hook offsets a slight repetition of earlier tracks in certain moments, a lining of dark sounds and insidious suggestion adding greater individuality to the encounter before Polyamorous Serial Monogamist writhes seductively in ears. Every melody and smouldering syllable is a physically swerving enticement only accentuated by the surge of guitar and keenly slapping beats, it all woven into a mesmeric incantation.

From the six seconds of Again, the excitable rock ‘n’ roll exploits of The Princess and the Pistol (Can You Feel That?) tenaciously romp with the senses, the track a restrained yet tempestuous incitement while next up Little Devil Girl provides its own suggestive haunting with almost visceral charm and beauty. It is an edge which grows with the subsequent surge of guitars and bass groan which emerges within the garage punk scented treat, the superb encounter never losing its composure but instilling lingering seeds of fear.

The album closes with Tenderly, She Said, a song which from a melodic kiss of acoustic guitar grumbles and smooches with the ever arresting presence of Maxine. Progressive in its tone, hungry in its diversity of texture and flavouring, the song grabs ears and imagination with sublime craft and ease, epitomising the album with its own inescapable alchemy.

Who Shot Bukowski simply captivated and thrilled from its first moment in speakers and ears, and indeed has only tightened its lure and grip ever since. This time around Jack of None would not be too misguided in hoping those previous nominations become awards.

Who Shot Bukowski is out now across most stores and @ https://jackofnone.bandcamp.com/album/who-shot-bukowski