Odium – As The World Turns Black

With next year seeing their 25th anniversary, German melodic thrashers Odium have set it up perfectly with their new album As The World Turns Black. A hungry and imposingly virulent slab of metal, the band’s eighth full length is a band at the top of its game but one still pushing their boundaries and the borders of old school meets modern thrash metal.

Formed in 10993, the Frankfurt hailing quintet has grown to be one of Europe’s most potent if not always openly recognised thrash exponents; a band unafraid to be as boldly infectious as they are aggressively adventurous. Among an increasingly impressing series of releases over the years, the word around is that As The World Turns Black is the band’s finest moment; a suggestion as the Martin Buchwalter (Tankard, SuidAkrA) recorded album roars in ears once again, hard to confidently dispute.

The album opens up with the quickly rousing The end of everything, a beast of a track which from its drone lined sonic seeds springs a web of riffs and grooves which alone has the appetite licking its lips. The rapid fire kicks and jabbing thrusts of drummer Jan Heusel leave an early welcomed impact as riffs nag and tempt; guitarists Rochus Pfaff and David Hübsch swiftly into their inescapable manipulation of neck muscles and imagination. It is stirring stuff given further impetus by the equally anthemic tones of vocalist Ralf Runkel, his swinging delivery incitement alone whilst tendrils of melodic dexterity just seals the deal.

Point of no return ensures the great start is continuous, the song winding grooves around ears straight away as riffs lurk and beats intrude with a controlled hungry edge. With the great grumble of Belinda Ann Smaka’s bass to the fore, the song rapaciously huddles around the listener before unleashing its own swagger loaded, groove veined surge. The bass continues to almost venomously grumble as the contagious exploits of the track leave their anthemic mark, together creating a glorious tapestry of attitude honed incitement. 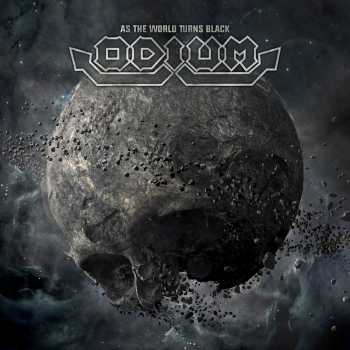 The calmer waters of No goodbye comes next, emotive melodies wrapping the imagination as a subsequent wash of reflective vocals and restrained intensity looms. Of course things ignite with feistier intent though still the song has a reserve compared to its predecessors which adds to its magnetic and skilfully woven persuasion before Blind sets another memorable marker. The bass of Smaka again seduces instincts for irritable basslines, its grumble a persistent lure within the more tempestuous blaze of guitars. Though its chorus is maybe not as commanding as others around it, the track is just as manipulative with its devilish hooks and ravenous riffs as Runkel enticingly growls from their midst.

Every track has a contagion loaded temptation in their plans, it overcoming any possible resistance with varied tenacity across the album but no more irresistibly than within Revolution. The song is a call to arms in sound and heart, courting its arousal with just as striking invention and unpredictable twists but never detouring from its predacious core before Frozen world descends just as rapaciously on ears. Again it is impossible not to swept up in antagonistic torrents and aggressive catchiness though the track misses the more unique twists and bolder moves of surrounding songs to grab personal tastes as forcibly as others. In saying that its melodic caresses are simply tantalising and pleasure never less than full as with the more barbarous exploits of Time is a killer where riffs and rhythms alone prey on the senses. Almost carnal in nature and tone, the track is superb, another invitation for the spirit and emotions to get thickly involved.

The album’s title track follows and quickly has attention cast in a web of melodic enterprise and intrigue, every subsequent tendril a suggestion in sound explored by Riunkel. Bringing another fresh spice and aspect to the release, the song is a tenacious croon unable to keep its riotous instincts in check and only growing more compelling because of it.

Closed up by the rhythmically commanding and sonically conspiring Inside the Incubus, the track a nefarious invitation turning into a bullish stomp, As The World Turns Black leaves greed and exhaustion in its wake. It is a full-on trespass which rewards submission with a tapestry of melodic fascination. For the second time in a week we have to say, here is one of the most enjoyable and invigorating thrash encounters of recent years.

As The World Turns Black is out now via Black Sunset / MDD across most online stores.

Like Loading...
‹ Jack The Envious – In Your Own Way
This is the Sound of Sugar Town Volume 2 ›