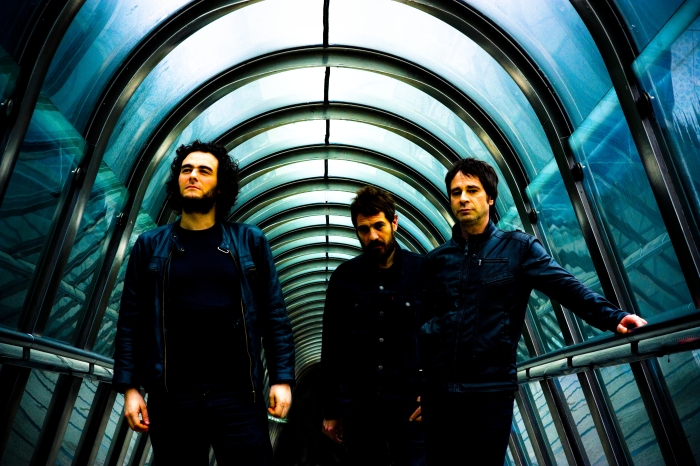 Last year French outfit Antigone Project not only took their sound to a more accomplished plateau with the From Its Room EP but hinted it was just the beginning of a whole new soundscape to their already easily engaging sound. It was a clue now realised by the band’s debut album, Stellar Machine a journey through spatial clouds of invention and diversity but as universes lead into new universes, equally feels like an adventure leading to many more bold journeys.

The creation of Frédéric Benmussa, a multi-instrumentalist, songwriter, producer and no doubt much more, Antigone Project has grown from a solo project in 2002 to be one of France’s most engaging electronic rock/metal proposals. With the talented prowess of bassist Manu Ventre and drummer Fred Monaco alongside Benmussa, the band had its hands on attention with the release of a self-titled first EP in 2015. It was the debut clue to the expansive and expanding sound growing within the outfit, a suggestion taken further by From Its Room a year later and now truly unfurled within Stellar Machine.

Inspirations to the band’s sound and certainly new album range from Soundgarden to Deftones and Nine Inch Nails on to the likes of Depeche Mode, Jean Michelle Jarre, and Devin Townsend. That is enough to suggest the kaleidoscope of flavours making up the band’s album; they all involved with an even richer vein of Muse meets Radiohead like drama. Do not think you have a handle on Stellar Machine just yet though as ears will soon find a far thicker and greater carousel of the band’s own individual invention across its unpredictable body, one placing the listener into “the skin and shoes of a futuristic cosmonaut following the adventures of outer space travellers on a “stellar machine”.” 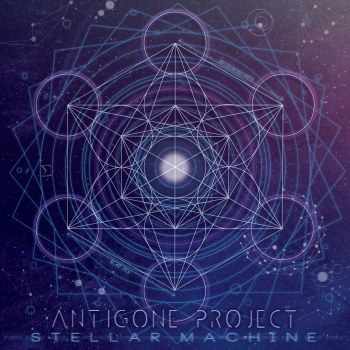 Climbing on board, ears are fastened into their seats by the powerful creative straps of opener Poison, its electronic/industrial lift off instantly swarming around the imagination. In turn, it leads to the virulent rock ‘n’ roll heart of the starter where riffs and rhythms are swiftly harrying and enslaving body and instincts, the calmer almost floating tones of Benmussa glazing the infectious exploits with a plaintive Matt Bellamy scented delivery. A compelling groove reinforces the song’s hold, the lively beats of Monaco dancing tenacious across the senses as keys bring cosmic scenery to bear on the imagination. Even in its calmer drifts, the song is forcibly infectious, the trio painting their creative canvas with an array of textures within skilfully woven enterprise.

The following Schizopolis needs mere seconds to have the body moving with its heated funk lures and enveloping synth pop enticement. A few seconds more brings a steelier tone and intensive edge to things, Ventre’s bass a darker brooding incitement which continues to lure and court the twisting infectious exploits of the song. Imagine The The meets Nine Inch Nails and the second track feeds expectations before taking them into deeper richer realms, leaving ears and appetite on a high ready for the moodier, crepuscular skies of III. The song’s air is as enticing as its predecessors, but within its emotional and atmospheric twilight a smouldering seduction matched in energy by the similarly calm vocals and keys.

Another fresh climate is brought by Mantra Nebulae, a dirtier rugged rock/metal contemplation over which vocals and melodies glide while Raphe Nuclei surrounds ears with an almost glacially reflective electronic embrace. Neither track quite lit up ears here as those before them but with the snarling dexterity of the first and the emotionally intensive vocals of Benmussa crawling the second, both tracks enthral and increasingly ignite the imagination over time.

In contrast The Black Widow instantly ensnared instincts and the passions, its intrigue ridden, noir coated web of dramatic coaxing as threatening as alluring. Hooks and grooves collude in seduction, vocals prowling with infectious devilry as bass and beats just flirt; a mix addiction was intended for. There is a touch of Fad Gadget to the song, eighties electronic/new wave essences as readily embraced as other more rapacious textures by the band and the increasingly volatile moments of the outstanding proposition.  The song is superb, a major highlight of Stellar Machine which Pretty Pain straight after easily backs up with its Mike Oldfield/ Devin Townsend nurtured symphony. As all tracks, every passing minute is unique to the last yet a continuation of their revealing cosmic travelogue and emotional revelation.

Cardio Machine is simply raw temptation, a fusion of predatory rock ‘n’ roll and synth pop virulence which has a firm restraint on both yet employs their attributes along another highly addictive body of enterprise. There is something enjoyably familiar about the song but nothing which can be pinned down, just simply and greedily enjoyed with every listen.

The album’s title track is eleven minutes of sample built introduction within senses stroking atmospherics, moving into electronic painting and progressive weaving where every minute adds to a flight feeling far shorter than its actual length such the beauty and captivation on offer. The song alone captures the mood and adventure of the theme; playing like a recap but of another past or future heroic planetary flight.

The album concludes with the atmospheric grace and beauty of Sun’n’rain; a rhythmically bold, melodically heated serenade beneath earthly pleasures. Drawing on the strongest Muse like flavours yet, the track with its almost Bond like theatrical lining brings the album to a powerful and more importantly thrilling close.

Stellar Machine confirms that Antigone Project just go from strength to strength, from bolder adventure to adventure yet still you get the feeling we have not come close to their most monumental exploit yet. Another must investigation for you all.

Stellar Machine is out now through Lazy Freddy Records via most online stores.