Tali Dennerstein is a British rock singer, songwriter, and producer who is beginning to lure eager attention with her unique mix of Pop/Folk Rock, Gothic Rock, Grunge and Dark Ambient Music. It is a kaleidoscope of flavours embraced by imagination and invention as evidenced by her latest release and videos. We seized on the chance to find out more by talking to the lady herself, exploring her creative beginnings, her solo project, new EP and more besides…

Hello Tali and thanks for taking time out to talk with us.

Can you first give us some background to yourself?

I’m an alternative rock singer, songwriter and producer. I’ve always been very passionate about music and from a very early age, I grew up listening to a lot of 80’s and 90’s Gothic and Grunge Rock music, which really inspired me to want to start my own musical journey. I’ve always enjoyed writing lyrics and after being in a few different bands, I decided to become a solo artist, mainly because I liked having control of the direction my music was taking.

You mentioned previous bands. How have those experiences impacted on your own musical explorations?

I’ve been in a few different bands in the past. My first band was a more electronic /trip hop style band and my last band was a heavy rock/grunge band and I think it definitely helped me to decide the style and direction that I most enjoyed working with. I’ve also collaborated with a couple of artists online and recently I’ve also started a synthwave side project, which has been really fun to work on because I love the 80’s electronic sound and it’s been fun to do something so completely different.

Many solo projects decide to go under a created moniker; you?

As a solo artist I decided to use my own name, although I did consider having a band name but I just couldn’t think of anything that was good enough.

Was there any specific idea behind the direction you wanted your work and sound to offer?

I had a lot of song material, which I’d written over many years that I hadn’t really had a chance to do anything with for a long time and I really wanted to get as much of it completed and out there, as possible for people to hear. That was my main reason for starting my solo music. I also really wanted to try and create my own sound by merging both gothic and grunge rock styles together, as those were my two favourite genres of music styles, when I was growing up. I like folk and electronic music too, so I also tried to add some of these influences into my sound as well.

Are you driven by the same creative things and intent from being a fresh-faced musician or have they evolved over time?

As a solo artist, I’ve only really just begun so it’s relatively new for me but I think the same thing drives me as a songwriter and that’s always been to create meaningful music, that people can enjoy and relate to and that helps them in some way.

Since your early days as a songwriter how would you say your sound has evolved?

My sound has evolved quite a bit. I started with a very 90’s indie pop and folk rock and ambient electronic sound but my next album will be much heavier and a lot darker, both lyrically and musically.

Has it been more of an organic movement of sound or more you deliberately wanting to try new things?

I do like to experiment with different ideas and sounds, so I try new things to hear how they might add to a song but with regard to changing the direction of my music to a heavier sound that was deliberate because it’s how I felt the songs on my future album worked best and it just felt right. I do still like to write softer more folk rock and electronic tracks, as well but I tend to go with what feels right for each individual song, when it comes to creating the right sound.

Presumably a wide range of musical tastes you have an equal array of inspirations; are there any in particular which have impacted not only your music but your personal approach and ideas to creating and playing music?

I’m inspired by a lot of artists and bands but my biggest inspirations are Curve, Alice In Chains, Soundgarden, and Nick Drake. I love Curve’s Doppelgänger album and the way the guitars create just this huge wall of distorted sound. I also loved the way they used a lot of electronic elements, which merged in with the guitars. It made the tracks sound quite industrial, even though they were considered a shoegaze band. They had a very interesting and unique sound. I’ve also been very inspired by how grunge bands wrote their lyrics. They were often really deep and introspective and really made me think about what message they were trying to convey. I liked the fact that the lyrics weren’t straightforward and were hard to figure out and that everyone could find their own meaning in them.

Is there a particular process to your songwriting?

I always start by recording any melody ideas that come to my mind and I get a lot of ideas every day, so I like to keep my sound recorder next to me no matter what I’m doing. I tend to think of the subject matter usually after I’ve thought of the melody and that’s because I get an idea for the theme, usually based on the feel of the melody.

I’ve drawn a lot of my inspiration from some very tough situations I’ve had to face in my life, so my lyrics have sometimes reflected my hopes for things to improve, as well as my need to face the pain and fears I feel each day, due to my situation and to become stronger, despite the circumstances. I’ve also written lyrics based on things I’ve experienced in the past, such as heartbreak or bullying or about things that are happening in the world around me, that I feel strongly about such as war conflict and also about peace. 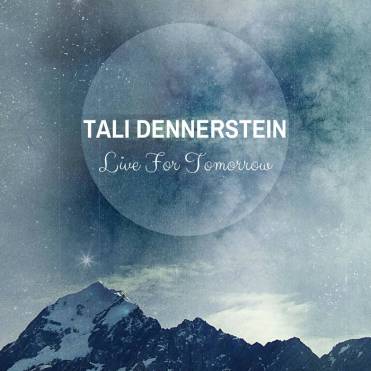 My latest release is a 7 track EP called Live For Tomorrow and I recorded the songs a while ago but I’ve only just recently released them.

Give us some insight to the themes and premise behind it and its songs.

The first song is called Summertime and it’s a very upbeat pop rock song, with a feel good Summer vibe. It’s about releasing and letting go of negative thoughts and instead embracing all of the small but meaningful and beautiful things that life has to offer, that we sometimes don’t always see, when we’re stuck in a cycle of depression. It’s also about keeping hope alive and just trying to stay optimistic. The second song is called Tonight and it’s a folk rock song. It’s about a girl being led on a journey, to find herself and unknowingly being guided by invisible forces in the right direction who are watching over her and protecting her. It’s lyrically written in a fairy tale style. The third song is called Live For Tomorrow and the track is an indie pop song, about a relationship that just isn’t working out and it’s about just accepting things and looking to the future and letting go of the past. The fourth track is called Hurt. It’s a slow electronic ambient song and is about unintentionally hurting someone you love and feeling guilty about it and how you miss them after they’ve gone. The fifth track is called See The Sun. This one is very 90’s Brit pop, in style and it’s about closing the door to the past and looking forward towards a brighter future. The sixth song is called Skyline and is about being there for someone who’s hurting and telling them you’ll always be there for them. The final track is called Far Away. That song is about imagining a better world, where hatred, greed and fear don’t exist.

Do you go into the studio with songs pretty much in their final state or prefer to develop them as you record?

I usually have some idea of how I think a song should sound and then I use that as a base to develop and add any ideas later on. I also work with a really great producer, and we work together until each song sounds right, so it’s a slow developmental process right up until a song is finalized.

Tell us about the live side to your music?

I love performing but at the moment, due to my circumstances I can’t perform, although I’d really love to. I’ve been concentrating on recording from home, as many songs as I can and I’m hoping sometime in the future, I’ll be able to perform them live.

It is not easy for any new artist to make an impact regionally let alone nationally and further afield. How have you found it?

I honestly don’t know because I usually use social media to get my music heard. I don’t think where I live, there’s much of a music scene.

So the internet and social media has been a potent impact on your music? Some see it as something destined to become a negative from a positive as things progress and grow. How do you see things?

I think social media is a great and very positive way for helping musician’s and bands to get their music heard. It can take time but it’s amazing to be able to connect directly with music lovers from all around the world. I think the only negative aspect is that there are a lot of musician’s and bands trying to promote themselves on social media and it can be hard to get people to click on music links as the market is saturated but it just takes determination and hard work and it is worth being on social media in the end.

I’m giving away 3 free songs to whoever signs up to my mailing list, plus an extra free track off of my latest EP.