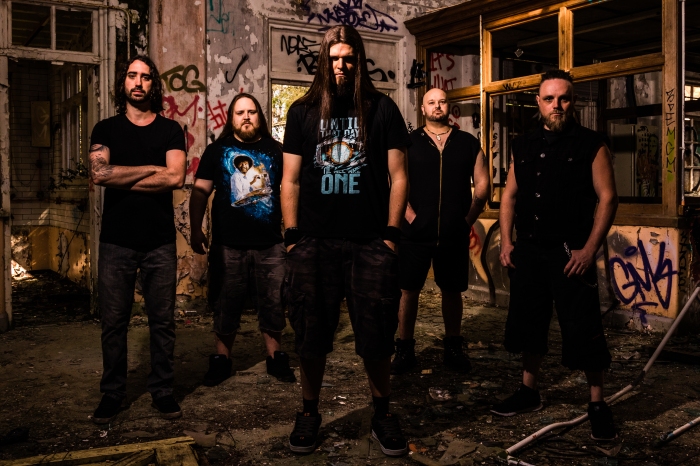 Since emerging in 2010, UK outfit Furyborn seem to make a potent statement with every move they make within the British metal scene. From their live debut in 2011, they have earned support and a reputation which has only gathered momentum and is sure to again with the release of their debut album, Dawn Of Leviathan. It is a ferociously imposing and compelling affair that arouses the same senses it trespasses with the band’s increasingly distinct and adventurous style of melodic death metal.

That live side of the Poole hailing quintet has seen them become one of the most potent forces across the South of England, win the regional Metal 2 The Masses competition and play Bloodstock Open Air for only their seventh live outing. Since then they have shared stages with the likes of Napalm Death, Threat Signal, Mors Principium Est, Sylosis, The Agonist, Malefice, The Defiled, Evile, (Hed) P.E. and Ted Maul as well as release their first acclaimed EP, The Reaping Of Our Days released in 2012 through Bored Stiff Records. Fair to say the band has been nagging at national and broader attention since day one, increasingly growing both which the highly anticipated Dawn Of Leviathan can only escalate.

The album quickly shows a new strength in intensity, craft, and imagination within Furyborn; a growth in all aspects infused into a maturity which is maybe unexpected within a first full-length, even from a band in its seventh year. Dawn of Leviathan opens with the atmospheric trespass of Second Sun, a brief harass of raw sonic dissonance which leads into the album’s title track where instantly a barrage of intrusive beats from drummer Tim Coulson and ravenous riffs from rhythm guitarist Rob Walker devour ears. Just as forceful are the raw throated roars of vocalist Jut Tabor who quickly seizes attention with his grudging tones, their causticity leading to a great flame of clean endeavour; the frontman, as the sounds around him showing a new dexterity and range which only impresses. It takes little time for band and song to reveal a new lofty plateau to that of the first EP, the melodic suggestiveness of lead guitarist Nick Richardson alone a striking new adventure equipped with the broader imagination and uniqueness that flows through the veins of the track.

The Reckoning follows with the same striking creative tenacity and character, the track a tirade of biting rhythms and corrosive riffs leading the listener into a web of melodic and cleanly delivered temptation. Within the burly, ravenous tempest of bitter sonic and vocal inhospitality, it makes for a compelling mix which only intensifies its lures as the song evolves and broadens its inventive landscape before Exult in Extinction uncages its own rabid assault again led by the uncompromising swings of Coulson. Stalking the senses, the bass of Timmy Hodgson is predatory if sometimes overwhelmed by the storm of riffs and beats while again Richardson veins the cauldron of sound with tendrils of skilful melodic lava. Contrasts flare and meet within the encounter, each colluding with and countering the other in a twisting tempest matched by vocal resourcefulness across the band. 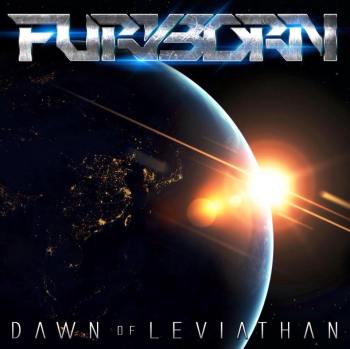 The industrial opening of A Fault in Our Design brings a bold hint of Fear Factory like hues before the track turns to stalking and intimidating the senses. There is a swing to its core presence with breeds the infectiousness soon seeping into every element, the result a blistering yet controlled incitement as predatory as it is melodically tenacious while Life Begins uncages its own mercurial invasion of sound and emotion. Though swiftly persuasive and increasingly compelling, the song does not quite reach the inventive and  gripping heights of its predecessors for these ears though individual flair is as open as the track’s animosity and melodic assurance.

The raw rabidity of I Am Heresy has the imagination and appetite magnetically hooked again straight after with its ravenous and invitingly inhospitable assault of the senses while Deep Rising provides an enthralling lure of Tabor’s striking clean side courted by a laid back but fully suggestive climate of electronically led sound. With the irresistible carnivorous tone of Hodgson’s bass to the fore, the track is superb, another stirring magnet within the release adding further aspects to the bold adventure and evolving imagination of Furyborn.

The album concludes with firstly the varied metal symphony of Wraith, an array of flavours swarming with each other before a writhing death metal causticity bursts from within their midst, and finally with the symphonically laced As We Burn. The closer revels in all the new attributes of the band’s sound and writing, its proposal as invasively seductive as it is rancorous and transfixing. Again Fear Factory-esque hues entice as more Sepultura/Gojira like elements challenge, each woven into the individual character of Furyborn’s own sound. One of its major highlights, the song ensures that Dawn of Leviathan ends on a fascinating high.

Throughout, the album tightly holds attention and fiercely pleases, increasingly so with every subsequent listen. The fact that you still feel we are listening in on one step in a journey still to unfold only adds to the impressive nature of a release which is as much about potential as it is ear exciting craft and adventure.

Dawn of Leviathan is out now through most online stores and @ http://furyborn.bigcartel.com/