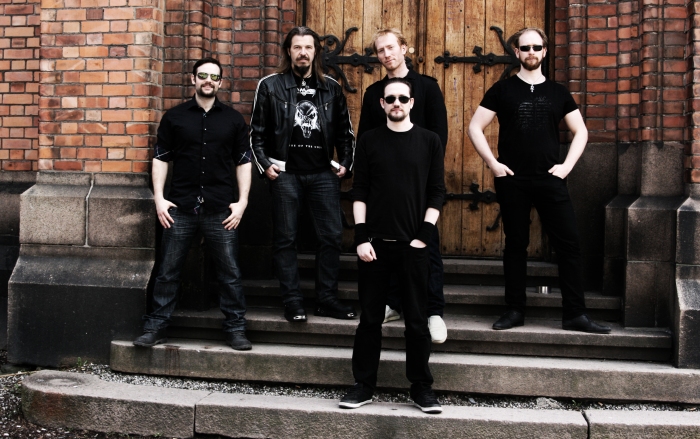 I, the Betrayer might quite likely be a new name to you if outside of Norway but that could very well change and in quick time if the Oslo metallers bring the rich potential of their debut EP to reality. The release is a multi-flavoured proposal with its roots firmly in a thrash/heavy metal bed which just ripples with energy, creative hunger, and imagination. The 7 EP has been garnering plaudit loaded reviews and comments since its release a matter of a few days ago and it does not take too long to hear why.

Formed in 2014, the quintet embrace a host of styles for their ear grabbing sound; the likes of blues and progressive rock entangling with those aforementioned thrash and classic metal flavours as well as darker extreme metal hues. The result is a proposition which has familiarity and originality in collusion within songs which demand rather than ask for attention. Add a vocalist in Chris Wiborg who provides another fine balance of clean and darker tones to match the same union within music skilfully conjured and crafted by the band and you have something which really warrants a close look.

The EP opens with Credulity and instantly surges through ears on a tide of thrash blossomed riffs and thumping rhythms. Wiborg is quickly in the mix with his strong expressive delivery, the riffs and grooves of Geir Prytz and Alex Bjørklund driving and binding the song with infectious energy and enterprise. Across its snarling body, the track hints at more vicious and antagonistic intent but never quite unleashes either though the brooding bassline of Kyle Sevenoaks midway has a predacious edge which hits the spot.

It is a potent start soon eclipsed by the virulent rapacity and character of Selfish Ride. Sensed in the first, the second track brings a stronger Metallica meets Machine Head like tone to its more irritable nature. That attitude is simultaneously tempered and supported by Wiborg, his mixed delivery adding fuel to the fire of the song’s rock ‘n’ roll which in turn is driven by the highly persuasive swinging beats of Terje Høias. As suggested at the beginning about the release, there is something recognisable about the track yet everything about it is equally fresh and magnetic, though it too is overshadowed by its successor as the EP just blossoms to greater heights song by song. 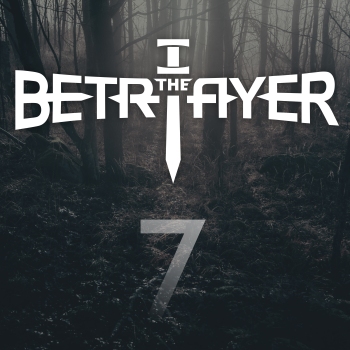 Conformity is next, its opening melodic lure a radiate invitation but courted by a more portentous bassline; both leading into a web of intrigue and vocal temptation. The calm introduction subsequently makes way for a fiery wash of nagging riffs and skittish rhythms, the track twisting and turning like a dervish in between its charge of chugging dexterity and moments of alluring melodic invention. Things only get more appealing once Wiborg adds a Serj Tankian like unpredictability to his presence, the song too teasing with a mercurial System Of A Down like loco.

Things are calm again as Humanity opens up its melodic arms, every melody and bass caress a suggestive moment matched by Wiborg’s great vocals. Across its melancholic yet radiate presence, the track erupts with greater volatility, fire in its belly as emotion and sonic expression flares before slipping back into its mellow reflection with ease. Things get truly heated in time with eagerly tenacious rhythms spearing a weave of progressive drama under a sweltering climate of sound and intensity.

Things begin to follow a pattern now, the calm before the storm once more enticing the listener as the outstanding Creatures Of Hate dances with a sultry gentleness in ears; ensnaring them and the imagination for the darker, almost demonic intent and imagination of its enthralling shadow woven body. The track is hypnotic, its predatory tranquillity a deceit to the dark heart at its core as humanity is exposed. It is also another fresh aspect to the I, The Betrayer sound and invention, its more primal dark metal inclinations managing to take the EP to its darkest place yet its most composed and imperious.

The release is closed up by firstly the growling thrash bred Boaster,  a track which like the opener is maybe not the most  adventurous but leaves a stronger appetite for the band’s sound and recognition of their  skills and lastly Ignorance Pt. 1, an emotive ballad with an underlying dark edge in outlook and sentiment. Though neither quite have the spark of their predecessors, each only adds to the impressive presence and adventure of 7.

Simply out, the EP is a potential rich and increasingly impressive first encounter with I, The Betrayer but more importantly a fiercely enjoyable one. Expect to hear their name and sounds much more from hereon in.

The 7 EP is out now through Darkspawn Records and available @ https://ithebetrayer.bandcamp.com/releases