Snuttock: An introduction of Rituals 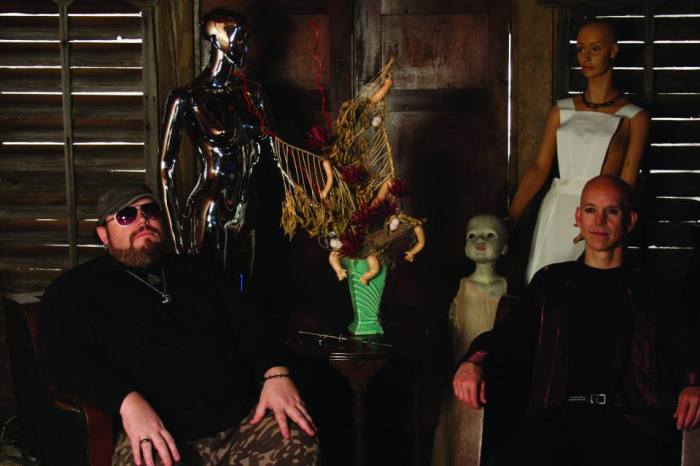 Photograph by Laurie A Smith

Allow us to introduce you to Snuttock, a band from Baltimore in Maryland consisting of Bryan Lee, a classically trained musician, and Christopher Lee Simmonds, the latter also a founding member of Michigan progressive metallers Thought Industry. There the background to the pair and Snuttock ends though the fun and real discovery of the electro outfit is through their music. Some might pin it down as synth pop and certainly that is its breeding but with sonic and emotion cast shadows, a kaleidoscope of flavours and textures, and more twists and curves than a descending slinky, it makes for a proposition which never leaves ears and imagination lost for adventure.

Formed in 2003, Snuttock released debut album Straight Jacket Life two years later. It was the first insight to the pair’s blossoming fusion of industrial rapacity with the instinctive allure of synth pop; a blend shaping Carved and Sutured in 2008 and its collection of new tracks and dance-floor friendly remixes. Where we come in and cast a glimpse into, thanks to Lee and Simmonds themselves, is with the band’s last two releases, Endless Rituals and Rituals Redux. The first is in a way the duo’s proper second album, though it seems to be classed as the third, and was released in 2013. Its successor came out last year and sees a host of artists presenting remixes of its predecessor’s tracks, the album acting like a companion piece to the originals bringing new sides and personas to their already captivating characters. 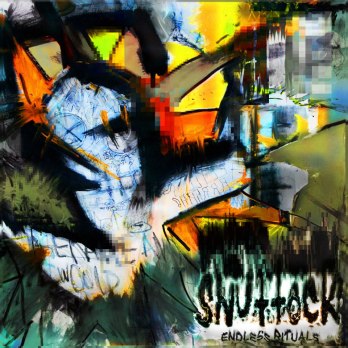 What Endless Rituals quickly establishes is the diversity across the sound and creative enterprise of Lee and Simmonds; songs ranging from simply synth pop to industrial, dark electro, ambient and much more.  As expectations and assumptions of what comes next arise they are quickly shot down and left floundering as song by song the release persistently presents a new facet to its swiftly captivating presence. For all its twists and new sides though, there is a coherency to it all which links it all as something truly individual to Snuttock.

From opener Attention, intrigue is an eager response, the opening shadows of the track rich in suggestion and invitation before the track breaks into a vibrant stroll. That vibrancy is soon a flood across hungrily catchy endeavour, grabbing body and ears with zeal and infectious energy. There is a feel of early Mute Records bands to the song, The Normal coming to mind most and the laying down of the first compelling moment in the album’s landscape.

The dark wave scented, robotically natured Single Cell Antenna is the first twist in the emprise of sound within the album, its dance dexterity and pop glow managing to also cast a dystopian shadow over the affair. New turns flow through ears from thereon in, the emotional reflection and melancholic sharing of the Depeche Mode like People Too, the reserved but open funk of We Learn with its BEF air, and the dark ambience of Nameless straight away expanding the broad terrains honed by Snuttock. The last of the three is like a flight across cosmopolitan lands, its instrumental blossoming in adventure and suggestion with something akin to a merger of Kraftwerk, Thomas Dolby, and pre-split Human League.

It is fair to say that every track within Endless Rituals stirs the senses; the outstanding and dark, almost predacious presence of Crawl invading the psyche with a prowess reminding of UK band Defeat giving one particular favourite moment though with its thought romancing, dark atmospherics One Day and Spitting Into The Wind with its Blancmange meets Artery like emotive theatre leave their magnetic mark. Even throwing a handful plus of references to give a hint of the songs on offer, the uniqueness of Snuttock is the driving force and continues to captivate across remaining tracks like the haunting post rock/electro ambience of Ghost and the irresistible electro punk popper Advice.

Endless Rituals is a treat, even more so if you can get the deluxe edition with an additional four tracks, which newcomers to Snuttock should make their entry point though Rituals Redux certainly makes for a potent invitation too. Even after years of taking them on board, we have yet to get our personal heads around the appeal and maybe even purpose of remixes especially when the originals are so impressive and dominate. We can equally understand their popularity and in turn demand for others though, even more so after listening to Rituals Redux. Whether it was because we heard it first and numerous times before Endless Rituals, the album like a film or TV show hinting at the majesty of a source book, or simply the quality of the tracks on offer, the mix of all maybe, it certainly awoke an appetite for the Snuttock enterprise and a fun in imagining their originals. 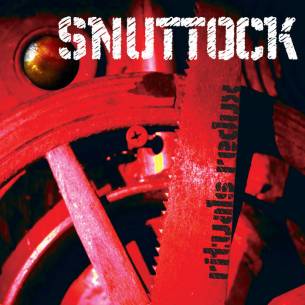 First the only ‘negative’ with the album and that is its radio show skits and bumpers. Whether they are taken from a real show or are simply cast to suggest that surrounding they do niggle personal tastes, especially when coming back to back. It is a minor thing of course and certainly once the music descends and remixes from the likes of Psy’Aviah, Marsheaux, [:SITD:], TweakerRay, and Sebastian Komor, is forgotten as feet quickly leap and the spirit jumps opening track and a sparkling take on Advice by Leæther Strip. Each track takes the core essence and heart of the original songs and casts them in a fresh landscape of imagination or shadow of dark suggestiveness. Major highlights for personal tastes include Sebastian Komor’s fizzy take on We Learn and indeed Marsheaux’s warmly seductive version, The Metroland Protocol’s hypnotic twist on Single Cell Antennae, the noir lit take of the same song by The Rorschach Garden, and Psy’Aviah’s haunting at times senses stalking remix of Spitting Into The Wind.

So that is Snuttock, a band which if synth pop and broad electronic adventure is your appetite should make for a highly pleasing new exploration.