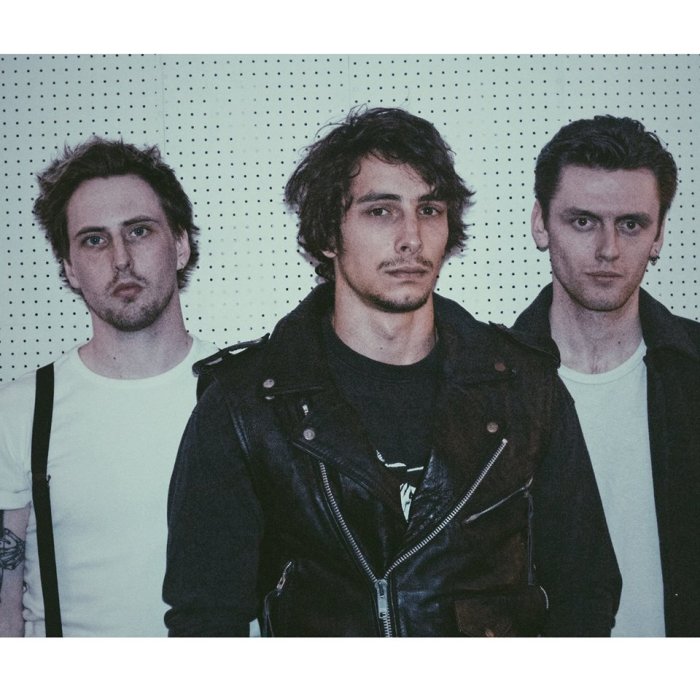 With quite simply raw rock ‘n’ roll nurturing its heart, the debut album from UK band Loom takes ears through every shade of punk rock you can imagine within its ten track confines. It is an adventure which has the imagination fired up, ears burning with ardour, and aggressive tendencies bubbling to the surface in a striking and rousing incitement of a self-titled proposal. Each song as suggested reveals a new aspect in its furious landscape yet brews a united character distinct to a band and release which just commands attention.

Leamington Spa hailing, the trio of Tarik Badwan, Matt Marsh, and Joshua Fitzgerald took little time in attracting ears and praise with their early releases including a pair of well-received EPs within their first year. The second of 2013 featured six covers of songs from the strongest inspirations for the band in its early days, The Jesus Lizard, Bad Brains, Pixies, GG Allin, Misfits, and Warsaw. Alongside the other encounters, it sparked support from the likes of Zane Lowe and Daniel P Carter at BBC Radio 1as well as laying the first steps in a springboard for Loom live to support The Rolling Stones at Hyde Park and tour the UK and Germany with artists such as Frank Carter & The Rattlesnakes, Queen Kwong, and Turbowolf.

The band’s first album is not slow in suggesting those influences in its multi-flavoured roar, as mentioned each song distinct from the next but there is a vein of unique Loom-ness running through all which we would suggest goes beyond the cohesion of aggression suggested by its press release. It opens up with Lice, a sonic itch you just cannot scratch enough to escape from. Its initial glaze to an instantly robust sound has a gothic/indie rock spicing, coming over like a blend of Leitmotiv and The Victorian English Gentlemens Club before its grouchy rock ‘n’ roll instincts burst free. It is a glorious nagging of the senses and imagination taking magnetic twists along its contagious enmity of sound and attitude. 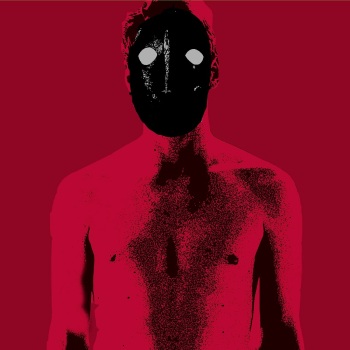 The great start continues as firstly Hate imposingly shimmers with electronic radiance upon grunge bred antipathy to be followed by the rousing exploits of Get A Taste. There is a whiff of Pere Ubu for these ears to the first song but a thicker Nirvana like causticity to its nature and again niggling potency. Embracing garage punk confrontation too, the track stirs ears and appetite with ease, a triumph matched by its successor with its old school punk meets seventies garage rock growl as demandingly catchy as it is openly crotchety.

Grunge colludes with post punk for the feistily prowling Leopard, guitars winding spicy tendrils lined with delicious discord around ears as rhythms reveal a rapacious nature to their drive before Salt entangles the imagination in a fusion of Joy Division post punk and the irritable punk rock of The Stooges with just a tang of psych rock bewitchment. It is an enthralling mix opening new aspects with each passing flick of a chord and sonic detour yet throughout a fluid tart snarl never deviating from its quarrel.

Seasick bawls as its stalks ears with predacious intent straight after; indie rock merging with raw hardcore ill-temper in a track which steals the passions within seconds. Vocals are as unpredictable and instinctively volatile as the sonic flames cast by the guitar and indeed the rhythmic jabbing around them. With the bass a brooding threat within the tempestuous joy crowding and seducing ears, the track makes a big play for best track glory but is quickly challenged by the muggy grunge venting of Bleed On Me and eclipsed by the glorious dark deeds of the band’s latest single, Nailbender. The latter is a compelling caliginous seduction of gothic and punk metal; like Type O Negative fused with Descendents and 1919 yet still emerging as something unique and gripping to Loom.

The punk grouse of Barbed Wire grabs something from all decades of punk since the sixties whilst in finishing up the album Slowly Freezing Heart crawls across the senses in a kaleidoscope of sonic toxicity and shadow loaded rhythms united with vocal psychosis. Both tracks are treats greed gets the better of composure over while bringing one superb album to a memorable and rousing end. Listening to Loom you get the feeling that the band creates on instinct, not searching for a sound but letting it find them and infusing their music with its own unique character. The album reminds of numerous artists across its riveting body but never comes over as anything other than the offspring of Loom, the first of many more belligerently sculpted and physically visceral gems we hope and suspect.

The Loom album is released May 19th via Silent Cult across most stores.