Following up their well-received debut EP, Another Record Sleeve, which sparked strong attention the way of the band and airplay from the likes of BBC 6 Music BBC Introducing, Mosley Bar uncage successor Royalities this month to show that the potency of the first was no flash in the pan. Offering four tracks with a fine line in instinctive catchiness and enterprise, the EP reinforces the British North West hailing quartet’s potential of making a real impression on the UK rock scene.

Formed in 2015, Mosley Bar draw on the inspiration of bands such as Arctic Monkeys, The Libertines, Catfish and the Bottlemen, Two Door Cinema Club, and Circa Waves in a sound which has a certain familiarity to it but equally a freshness of youth and imagination. Certainly the first pair of artists in that selection of influences comes to mind easily with the band’s sound but infests without disguising the potential of bolder adventures ahead; a promise which is richer and already more imaginative in their new offering against the strong showing within Another Record Sleeve. 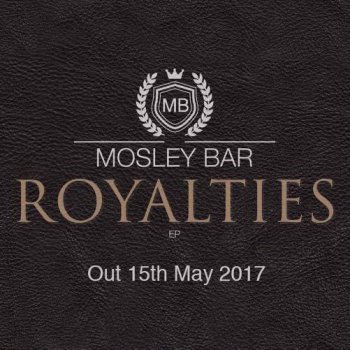 Royalties opens up with a song which has already lured praise carrying attention, Two Apart quickly enticing ears with its initial guitar jangle around the distinctive tones of vocalist/guitarist Ryan Ward. In no time, the swinging lure of Tim Williams’s bass and the melodic enticement of guitarist Adam Eccleston add to the song’s blossoming, the lively beats of Matthew Wright driving things with spirit. It is easy to see why the infectious exploits and dynamic prowess of the track has drawn keen plaudits, its boisterous exploits and web of melodic and sonic enterprise an accomplished and riveting proposal lined by that enjoyable Arctic Monkeys spicing.

With increasing drama and emotive intensity roaring through ears, the excellent opener makes way for the similarly instinctively catchy Wide Awake. Its own line in hooks and flirtatious industry is even swifter in persuasion than that of its virulent predecessor, Eccleston and Wards’ guitars infesting feet and hips as the latter continues to bring his magnetic voice to the rousing mix. For us, the track simply outshines the first and pretty much anything from the band to date; its body boisterous and character a fine blend of recognisable and new essences colluding in one irresistible incitement.

The punchy stroll of next up Philip is aligned to a melodic shimmer and psych pop flavouring, contrasting textures which unite with evocative imagination around the hearty stomp of a song erupting with persuasive zeal. It is another frisky and buoyant landscape of sound which grows listen by listen into a rousing temptation; a growing temptation also emulated in Chasing which brings things to a fine close. The slow burner of the bunch, though its breezy energy and playful nature is a quick success on ears and appetite, the song simmers and shines with increasing potency to provide another highly enjoyable outing with Mosley Bar.

Listening to Royalities, it feels like now is the time for Mosley Bar to add bolder, more unpredictable elements to their music. Their new release does have a whiff of that evolution to be fair and added to the band’s natural weaving of infectious music around insightful words, there is no reason that the journey ahead for band and fan will not be eventful and thoroughly enjoyable.

Royalties is out now across  most online stores.