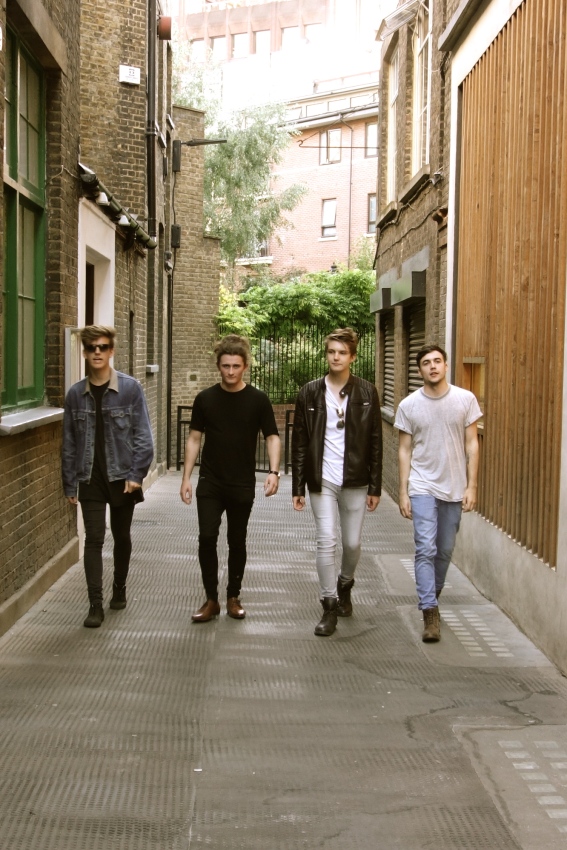 Continuing to earn potent praise and attention at every turn, British outfit The Ellipsis recently released their new video/single Elsewhere. Following on from their rousing previous single Cold Cactus, the new track sees the band’s creativity becoming even bigger and bolder, an attribute which seems to escalate with every release without losing the instinctive catchiness of The Ellipsis sound.

Emerging in 2013, the Coventry hailing band has become a keenly followed live proposition across the UK and an eagerly welcomed source of rousing rock ‘n’ roll through a host of singles around their attention grabbing debut EP Mind In The Sky of 2016. That live presence has seen the band The Ellipsis headline Coventry OxJam in front of 30,000 at the Ricoh Arena and play last year’s Godiva Festival in their home town. Now it is Elsewhere pushing things again, the Darren Lawson (White Lies, The Enemy, Bloc Party, Wolfmother, Placebo) mixed song and its energetically tenacious and imaginatively lit video reminding of the potential and creative imagination within the band.

The song leaps into view on a rally of beats from Alex Bonsor, the guitars of John Connearn and lead vocalist Henry Bristow colluding in a feisty tide of riffs before the latter’s distinctive and ever enjoyable tones court ears with a “boy meets girl” story. There is an air of shadowy intrigue to the song sparked by the brooding basslines of Harry Green, just one hue in the kaleidoscope of essences making up the captivation swiftly working on body and thoughts.

Easily the track is the band’s most eclectic and adventurously layered yet, every listen revealing a new twist and lining in a proposition much busier in craft and invention than it maybe seems upon the first couple of listens. In many ways, The Ellipsis sound and songwriting has come of age with Elsewhere though there is the feeling there is more adventure to come for which anticipation is already ripe.

Elsewhere is available now and you can check out its video on our video selector @ https://ringmasterreviewintroduces.wordpress.com/video-selector/