All Ears Avow – Edge Of This 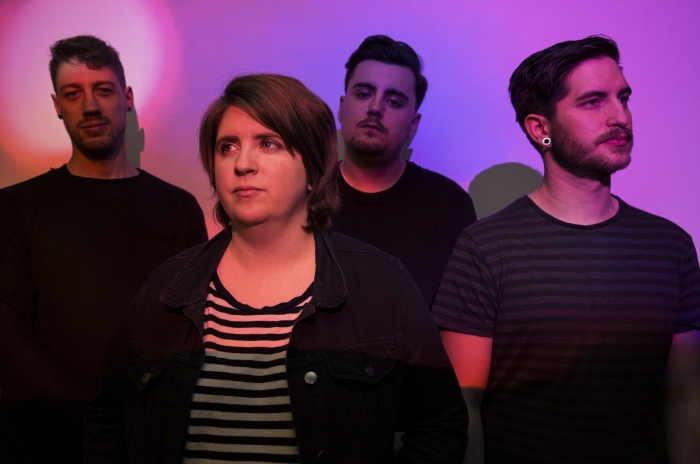 As voices and words gain momentum in offering attention and praise to All Ears Avow, the UK rockers add fuel to the rising fire with their new EP Edge Of This. Six tracks of melody wrapped, riff driven alternative rock, the release is a fresh and appetising slice of rock ‘n’ roll sure to reinforce if not give new impetus to their growing reputation.

Since emerging in 2013, the Swindon quartet has released a pair of increasingly well-received EPs, in the shape of Home (2013) and Reach (2016), and nurtured an eager following and praise for a live presence taking in shows with the likes of Decade, The Computers, Empire, Verses, Jonah Matranga (Far), and Milk Teeth among many, as well as successful slots at festivals such as Wychwood and Gloucester Guildhall’s Underground Festival amidst their own successful UK tours. Edge Of This points to the band being ready to attract even keener and bigger spotlights whilst carrying the potential of even bolder and unique exploits ahead.

The band has drawn comparisons to the likes of Muse, Don Broco, and Biffy Clyro with their sound, references easy to understand as EP opener Caged instantly demands and commands attention; Lower Than Atlantis coming to mind too. As a blurred background assembles, a wiry hook taunts; its intriguing bait soon joined by the potent tones of vocalist/guitarist Claire Sutton. In no time it all comes to a focus driven by the fiercely punchy beats of Sean Ivens. That initial hook still makes a rich lure, even as just as tasty riffs and chords between Sutton and fellow guitarist Jake Willcock collude. By this time Sutton’s voice is seizing a fair share of attention, her tones swiftly impressive alongside that lingering and still deliciously grouchy hook. The track is superb, a mighty way to kick things off and for personal tastes never equalled across the remainder of the highly enjoyable release.

The song is pure hungry rock ‘n’ roll setting a lofty bar which next up Gone certainly has a keen go at rivalling. With its angular but warm melody, the song is a much mellower proposal carrying steel in its presence and attitude rather than the kind of snarl fuelling its predecessor. The dark basslines of Joe Bishop add a great contrast to the lighter but thickly emotive aspects whilst Iven’s swings again have an imposing weight even if showing more restraint than before. With Sutton again pure enticement as melodic flames are ignited by the guitars, the track has ears and imagination hooked before new single Hurricane saunters in with a confident smile to its character and an infectious swagger to its swinging grooving. With unbridled catchiness shaping its rousing chorus and indeed instrumental asides, the song hits the spot dead centre.

Earlier single Just For Me comes next, showing with its muscular body and dark shadows why it alone sparked strong anticipation for the EP. Almost nagging ears with its array of hooks and temptation, the song provides a meaty piece of emotion soaked pop ‘n’ roll with a good spicing of electronic goodness while the following EP title track delves even deeper into the band’s pop natured creativity. The song still has a heavy essence and stubbornness to its physical skeleton but within a melody woven balladry with its own catchy captivation.

Completed by the similarly emotional power ballad of The Middle, a song like the last needing a touch more time to spark the same level of pleasure as those before but undoubtedly getting there with ease, Edge Of This is a potent next step in the ascent of All Ears Avow. As suggested, it does feel like a step in the way to something bigger and finer from the foursome whilst offering a relentlessly enjoyable outing easily outshining a great many similar genre based releases heard this year so far; suggesting there are big times ahead for All Ears Avow.

Edge Of This is out now and available through http://www.allearsavow.bigcartel.com/ and https://allearsavow.bandcamp.com/