The history of progressive rock band Different Light comes in two parts, each seeing the band finding greater attention and plaudits to match their relentless growth in sound. Following their acclaim clad last album, the band is preparing to record its most inventive and imaginative collection of songs for a new album so we took the opportunity to explore the band to date with thanks to Trevor Tabone, a founder of Different Light.

Can you first introduce the band and give us some background to how it all started; how you all together?

The band consists of: Trevor Tabone (vocals, keyboards) that’s meJ, Jirka Matousek (bass), Petr Matousek (drums), Petr Lux (guitars, backing vocals) and Petr Kania (live guitar). The band was originally formed in Malta in 1995 with 3 other members besides myself; then I reformed it with the current line-up after I moved to Prague in 2000.

Have you been involved in other bands before?

I was obviously involved in a few other bands before Different Light. The style has always been prog/classic rock, changing slightly according to the time it’s in.

Mark (original guitarist) came up with the name when we were drinking in a bar, usually the place for the best ideas!

Personally speaking, I see myself more of a songwriter than a musician, so I’ve always sought the best musicians I could find to help me create and record the material I’d written. Regarding the sound, it’s got to be melodic and powerful with lyrics the listener can relate to. 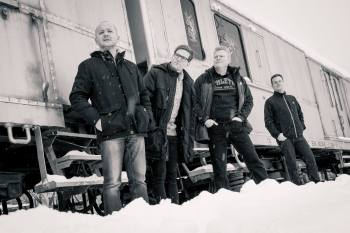 I suppose the driving force is still one of wanting to move people with the music we make; I think I can speak for the rest of the band with this.

Since your early days also how would you say your sound has evolved?

We’ve obviously become technically better, plus the new members to the constantly changing (evolving?) line-up always add a new dimension to the sound.

More organic I would say, it’s all about evolution and not intelligent design 🙂

What particularly inspires my writing is personal experience and real life situations, people I know or even people I just observe. I’m not into fantasy and sci fi! Of course there are the many bands that we love and have inspired us, Genesis, Supertramp, Pink Floyd, Rush, Dream Theater and quite a few others.

Is there a certain process to your songwriting?

I sometimes come up with a lyric and put a melody to it and go from there. Or I’m fooling around on my piano or guitar and come up with a chord progression and a basic melody which I develop. I sometimes just completely rip off something (joking of course :)). 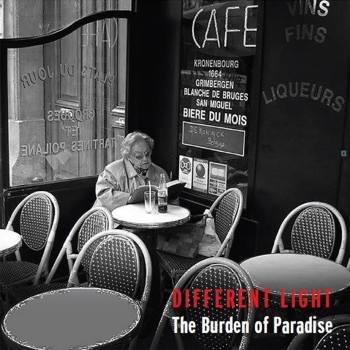 Our last release, The Burden of Paradise, came out just over a year ago and has been received fantastically by both critics and fans. We were high in many of the prog polls for 2016 and sales were excellent too. Its success has been a great inspiration for me personally and I’ve already managed to write the next album which we hope to start recording later this year.

Can you offer some insight to the themes and premise behind it and its songs.

A lot of the themes are personal but which I hope the listener can also relate to. They deal with love, death, freedom, religion, history, delusion and a host of other subjects.

They pretty much are in their final state when we go in to record, as we always develop and arrange them in our rehearsal sessions before. Obviously some changes are made during recording, but not too many I’d say.

Tell us about the live side to the band?

To be perfectly honest, we’re more a studio band than a live one. Having said that, we’re rehearsing to play a few gigs later this year and we promise to give a memorable show!

It is not easy for any new band to make an impact regionally let alone nationally and further afield. How have you found it your neck of the woods?

The Czech Republic isn’t exactly a hotbed for progressive rock, so we’ve found that our market is mostly around the rest of Europe, plus various other parts of the world too of course.

How has the internet and social media impacted on the band to date? Do you see it as something destined to become a negative from a positive as the band grows and hopefully gets increasing success?

It’s a bit of a double edged sword, in that it has helped, or even enabled us to make our mark in the music world without having to rely on a record company. It also makes the recording of an album so much easier. On the other hand though, streaming and illegal downloads have obviously cut our sales dramatically. Still, I think it’s mostly positive for bands like us.

Like Loading...
‹ A kaleidoscope of suggestion: talking Shadowplay with guitarist Dan Holden
Brightlight City – Our Future’s Not Dead ›