Home › Music › EP › Wax Futures – The Museum of Everything

Wax Futures – The Museum of Everything 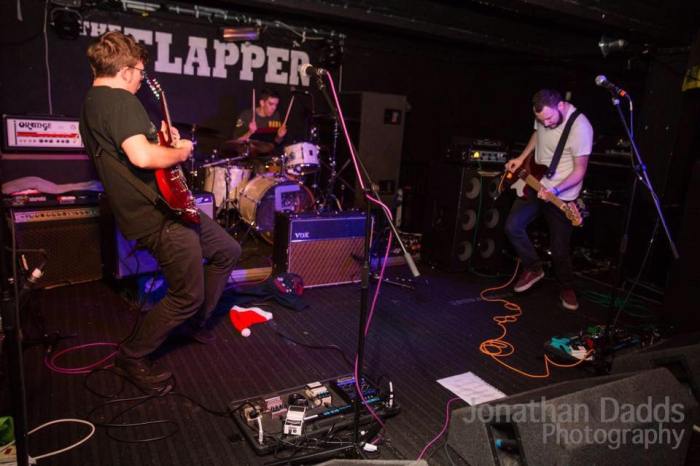 UK band Wax Futures to our mind has never fully fitted their post hardcore tag with their flavoursome sound but it has never been less applicable than with the bands new mini album The Museum of Everything. Boasting a virulent contagion of sound as indie, post punk, and new wave as it is math and punk rock, the release is a refreshing and inimitable slice of rock ‘n’ roll revelling in the new maturity and imagination fuelling the trio’s songwriting and music.

Formed in the final breaths of 2011, the Telford hailing band soon made their mark on the local live scene. With a growing support and reputation they released the Breadcrumbs EP in 2013, before tempting bigger attention with debut album A History of Things to Come; it like its successor a seven track offering with a more post hardcore heart to its enterprise. With their live presence taking in the UK, sharing stages with the likes of Limp Bizkit, Bear Makes Ninja, &U&I, Tall Ships, Alpha Male Tea Party, Castrovalva, Bad Grammar, The JCQ, and Idles along the way, the band have spent their time working on The Museum of Everything, evolving and pushing their creativity simultaneously. It was a concentrated effort now easily and swiftly heard in the album and greedily enjoyed twist by turn.

Recorded with Ryan Pinson (God Damn, Bad Grammar), produced and mastered by Tom Woodhead (ex-¡Forward, Russia!), The Museum of Everything gets down to infectious business straight away as a lone riff squirrels itself in ears, a lure soon joined by a vocal count and controlled swipes from Simon’s sticks. As they all enjoyably collude, Sandcastles in the Snow comes alive, a scuzzy hook reaching out as rhythms slip into a controlled canter while vocals further capture ears in tandem with the groove escaping Graham’s guitar. With the easy going meander of Kieran’s bass teasing feet, the song becomes busier, heading into an equally undemanding but inescapably catchy chorus. Never quite igniting but with a neat whiff of early Kaiser Chiefs to its subsequent enticement, the song is a compelling start to the album setting out an appetising canvas of invention soon taken to bigger and bolder heights. 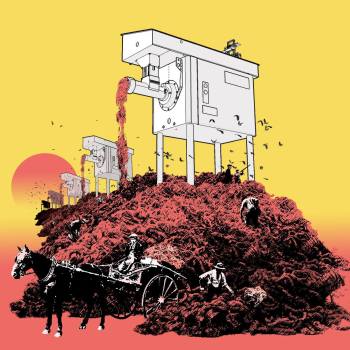 Demographics is next and instantly with its opening melody alone, brings a Young Knives feel into play, one only accentuated by the vocals and the subsequent web of sonic intrigue and infectious collaboration across the threesome. Hooks grab attention throughout, littering the aural drama and flirtatious energy combining like a mix of At the Drive-In and Swound! but only creating its own distinct adventure. A constant nag on body and pleasure, the song makes way for the just as impressive (My Body is a) Landfill. Instantly, more boisterous in energy and just as enticing in contagious endeavour as its predecessors, the track strolls along with a knowing and inventive swagger; its hands on receptive hips and tenacious feet teasing and taunting them into action with its creative zeal. As all tracks there is also a meatier, raucous edge and air which coats it all, the band’s punk instincts adding to the increasingly tenacious and imposing treat.

From one major highlight to another and Wreck of the Hesperus. As soon as it lays down its first line of bait, the song becomes a tapestry of seductive espionage woven from deceptive hooks and devious grooves, neither seemingly as intrusive and enslaving as they really are. With every passing second, the band’s rock ‘n’ roll heart becomes bolder, closing in on a volatile, increasingly menacing psychosis of a finale to leave an appetite hungry for more.

That heavier, irritable essence is still hanging round as next up The 90s Called, It Wants Yr Misspent Youth Back rumbles in ears. It is a ravenous bordering on rabid incitement from which a smiling groove and teasing stroll breaks free. Now with its relaxed but irresistible swing wrapped ingenuity fondling the senses, the song simply traps and chains the passions with something akin to We Are The Physics meets The Futureheads.

The cosmic twittering of { } leads in the evocative pastures of closing track Brittle Bones and an epic and increasingly dense rapture of melodic suggestion and angular jangles around rhythmic trespass. Holding its own lively groove led saunter, the song sees Wax Futures push their emotive intensity and creative designing yet again; both intensifying as the song brews and boils up into a powder keg of sonic turbulence eventually sending the album off into spatial unknowns leaving the listener lingering on keen anticipation for what comes next from the band.

The Museum of Everything is Wax Futures upon a new lofty plateau in songwriting and sound. At times it might not ignite as it hints it will and maybe lacks a final bite to its most agitated moments but only announces the band as a real player within the UK rock scene and a stalwart in the passions of certainly our personal soundtracks, something hard to imagine being alone in.

The Museum of Everything is out now @ https://waxfutures.bandcamp.com/