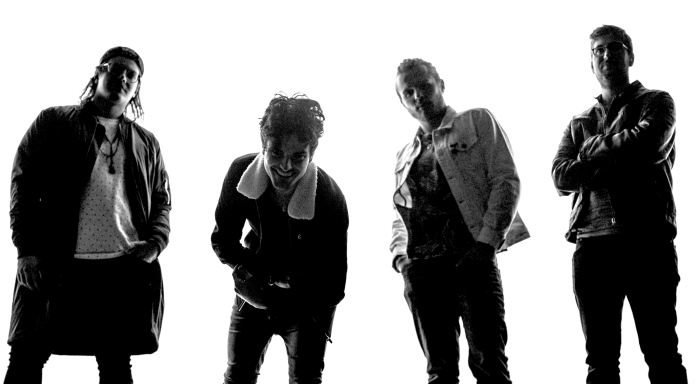 Setting up the September scheduled release of a new EP, French outfit Caesaria have video/single Wavin’ Goodbye out to tempt: the song a slice of electro pop/rock bringing instant infection to ears and body.

Consisting of Théo Chaumard, Ced Machi, Thomas Fariney, and Louis Arcens, the 2013 formed Caesaria has already earned potent attention and support with their debut EP Sparks of Visions. Offering five tracks giving the dance-floor a busy time, the band has surrounded its success with a live presence which has included opening for Naive New Beaters and appearances at festivals such as Printemps de Bourges music festival and Les Eurockéennes de Belfort.

As mentioned, Wavin’ Goodbye is the prelude to their next EP, a song embracing familiar essences in its own fresh and energetic bounce. Keys shimmer in and around ears initially, closely following vocals cloaked in harmonies as eager to entice as the rhythmic coaxing now at play. Once into its infectious stride, the song glistens with melodic enterprise whilst its jangle feels like it is teasing the darker grooves of the bass. In some ways the track is like a fusion of Heaven 17 and Orange Juice, in other ways MGMT meets Empire Of The Sun comes to mind; all flavours which add to the overall shine of the song and its introspective theme of a dying person looking back on their life.

Increasingly accomplished and contagious, the track similarly growing in its creative textures, Wavin’ Goodbye provides plenty for body and pleasure to find a keen appetite for whilst setting up that forthcoming EP very nicely.

Wavin’ Goodbye is out now.