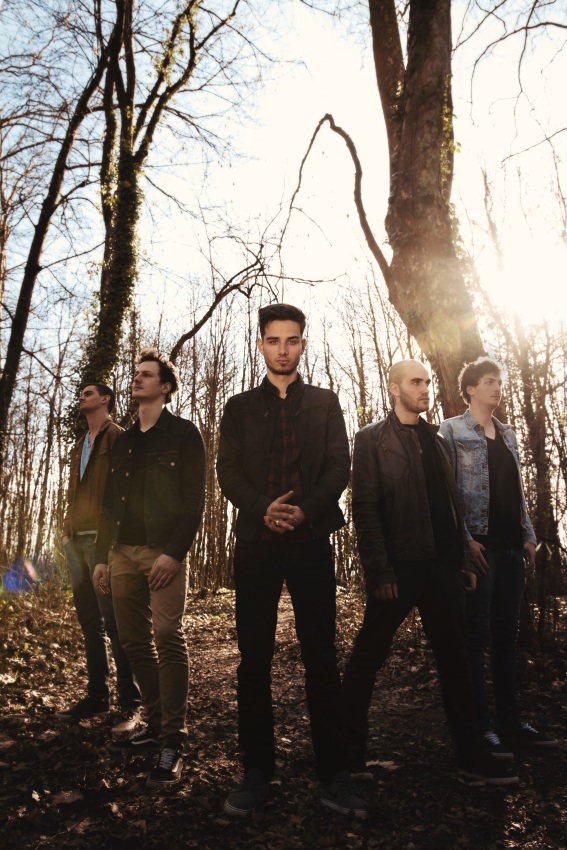 As the French metal scene continues to impress with the quality of bands and releases coming forth in recent times, metalcore quintet Mate’s Fate join the expanding list of goodness with their debut release. The A Home For All EP is a ferocious and eventful slab of tenacious metal, five hungry slices of sound and aggression catching the imagination with a blend of fresh and familiar resourcefulness. Loaded to the brim with just as potent potential, it is an introduction already pushing the band beyond local borders towards European and broader spotlights.

Formed at the end of 2015, Lyon hailing Mate’s Fate instantly tempt attention with a reflective melody as the EP, crowd-funded with fierce success, opens up with its title track. With beats for company , that first enticement draws ears into a waiting wall of rapacious yet controlled riffs, that the plateau for an opening web of wiry grooves.  Guitarists Quentin Reberat and Yoan Larme continue to spin their respective lures and designs as vocalist Matthieu Delage roars with great and potent variety backed by other members of the band. There is no escaping a Bring Me The Horizon influence at play with the track not dropping many big surprises yet such the craft and passion involved with Mate’s Fate’s own invention, the song leaps boldly from the speakers to ignite thick pleasure and enjoyment; its melodic and calmer flames along with a want to stretch the track’s creative landscape especially pleasing. 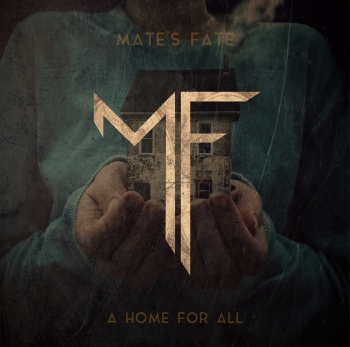 The following Souvenirs had ears hooked from its first Korn like breath, a sonic spiral and breathless vocal bait the seed to an antagonistic stalking of the senses swiftly accelerating into a predatory tempest again mixing a great blend of varied vocal assaults and guitar spun adventure fuelled by hostility. There is a touch of now sadly expired Irish band iBurn about the track but it soon boils up its own creative and invasive character as the swinging beats of Nicolas Ammollo incite and punish alongside the equally carnivorous groan of Thibault Chemineau’s bass.

Closing on a swirl of suggestive melodic toxicity, the song is instantly followed by the opening mists of Hopeway, the crystalline glimmer remains a persistent glaze even once accompanied by an ever enjoyable span of vocals it is interrupted and inflamed by ferocious strikes of sound and intensity. There is a rawness and volatility to the song which potently tempers the melancholy and unsettled calm, eventually sparking even more tempestuous traits across the excellent encounter. The captivation of its creative enterprise is matched within the more primal but no less resourceful Undercover. Featuring additional vocals from Florent Salfati, who also mixed and mastered the EP, it’s every taut sinew, savage riff, and venomous syllable is a magnetic trespass and only equalled in strength and appeal by each citric melody and hope lined harmony that surfaces. Once more, it is probably fair to say that uniqueness is not as forceful but it matters little in, as the EP overall, a proposition as unpredictable and imaginative as it is irresistibly compelling.

Prison Of Silence brings the release to a close, its voice sharing many attributes of its predecessors like a linked story yet sharing individual twists and turns to ensure just as eager and persistent attention; every steely tendril of guitar and rapier thrust of rhythm an incitement to vocal and sonic dexterity.

It is no surprise that A Home For All is waking up the metalcore scene, for a debut it pretty much wipes the floor with anything out there right now but with the potential also in its ranks and the band’s future imagination, it is easy to suspect that we have seen and heard nothing yet.

A Home For All is available now @ https://matesfate.bandcamp.com/releases