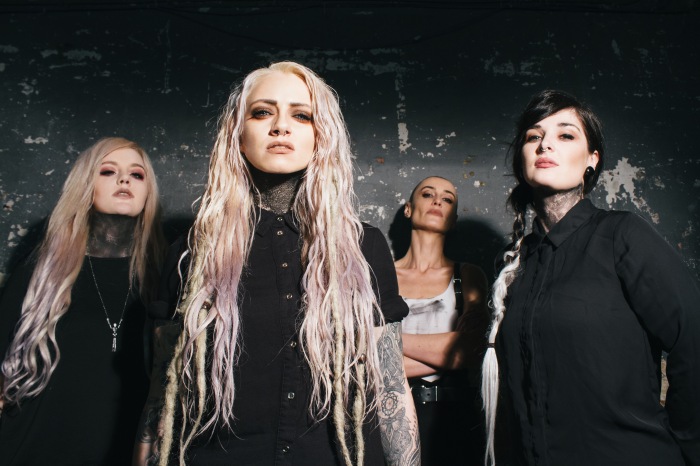 Every release comes with a host of persuasive words in press releases etc. telling you that their focus is something essential to your pleasure and personal soundtracks. Sometimes the build-up lives up to the proposition in question, sometimes not and of course the only true representation comes with the actual listen. Occasionally though, they hit the target dead centre and such is the case with the Better Safe Than Sober EP from UK outfit Courtesans. Words around it claim the release to be “one of the first unique sonic amalgamations to be heard in 2017”; a suggestion spot on except it forgot to say ‘first and best’ as well as ‘heard this, last, and plenty of time before that’.

Coming three years after their acclaimed debut album 1917, a release like the EP emerging from highly successful crowd funded support, Better Safe Than Sober is a mesmeric dark blossom of the London band’s dark pop, a tag which barely covers their fascinating sound. Haunting and seductive, unapologetically insightful and melancholically hypnotic, the band’s music challenges and incites. All aspects have simply flourished between releases and now come to a mutually evocative and provocative head within the outstanding Better Safe Than Sober.

Intimate and socially reflective across its shadow draped body, the EP opens with new single Mesmerise, a song about losing one’s identity in and outwardly. The song is glorious, instantly caressing the imagination with its shimmering caress of keys and the brooding bassline of Agnes D. Jones as Sinead La Bella’s voice adds its own transfixing presence. Like a dark serenade, the track soothes and provokes from its first breath, the drama of its melodic and atmospheric touch compelling. Like a siren it lures body and mind into its creative lair, invading the senses with charm and elegance like a blend of Throwing Muses and early Cure.  The bewitchment is completed by the web of drama spun by Saffire Sanchez’s guitar, given trespassing strength by the heady beats of Vikki Frances with the smouldering emotion of it all building to a fiery crescendo of defiance and intensity. 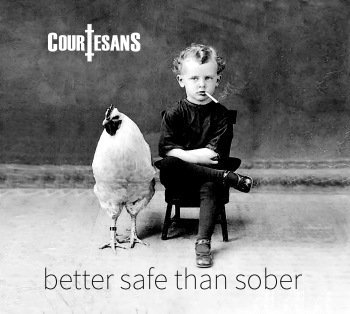 Feel The Same is just as captivating, a single strand of guitar skirting the spoken delivery of La Bella as harmonies float around them. As it spreads its infectious sounds around introspective reflection and realisation of the deceit of others, there is a touch of 4 Non blondes to the track but as in the first song, a reference which only hints at the uniqueness on offer in a second irresistible incitement within the EP.

Next up John Doe similarly centres around the recognition of the ills in one’s life, a broader social outlook surveyed. From its opening Midnight Oil like rhythmic throb and lilt, vocals lay melancholic hands upon ears. Beats and bass are soon increasing their respective punch and moodiness as angelic harmonies glisten around La Bella. Bewitchment again is the only suitable word, the song almost shamanic in its rhythmic dance and haunting beauty.

An imposing edginess comes with Knowhere; a steely tone and rapacious attitude lining the tempestuous slice of raw indie punk hued confrontation. Its air is sinister, deceptive as lures and hooks tempt and entice the listener and hope into the snarling heart of the demon battling the song’s melodic light and catchy enterprise.

The released is finished by The Tide, a song straight away gripping ears and attention with an opening melody resembling the John Carpenter scored Halloween soundtrack as La Bella’s words again paint a picture of emotional honesty. Bursting into a melodic rock fire with senses licking flames, the track commands body and imagination, its perpetually alternating and evolving landscape an arousing revelation reminiscent of Danish band Forever Still when its blaze is at its richest.

There is simply no arguing that Better Safe Than Sober is one of the year’s biggest moments so far, an essential investigation which only increases its hold and stature with every involvement in its open conflict of light and dark.

Better Safe Than Sober is out March 31st through most online stores with physical copies available @ http://thecourtesans.bigcartel.com/product/pre-order-better-safe-than-sober-ep