Home › Music › Album › Abel Raise The Cain – For Strangers Only

Abel Raise The Cain – For Strangers Only 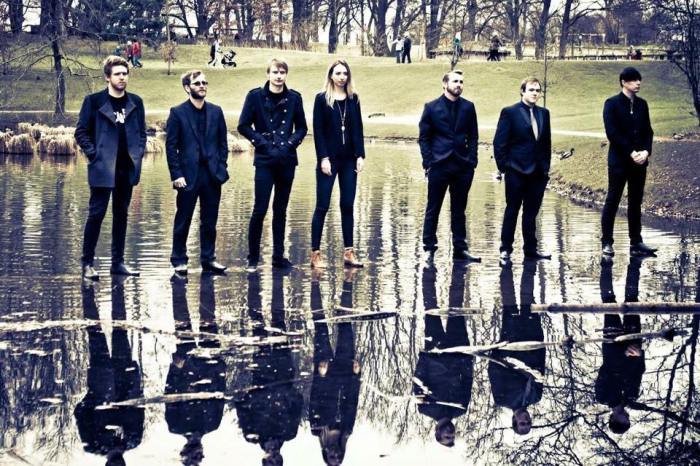 With a sound that wraps the senses like suggestive mist and a handful of songs taking the imagination on atmospheric, intimacy fuelled journeys, it is fair to say that the debut album from British rock band Abel Raise The Cain has been a highly anticipated proposition. Their fusion of evocative textures and energies within an indie pop/post rock nurtured landscape has made for an increasingly devoured and acclaimed live and recorded proposal, persuasion and success sure to be accelerated by For Strangers Only.

The album sweeps across the senses with a melodic breeze, each track an insight to emotion soaked lives and familiar situations. They swoop in on individual experiences, cinematic perceptions which if you put a series of kitchen sink dramas back to back would make the perfect soundtrack while stretching their intimacy to broader climes. Without a breath being taken, each song emerges from the last with just the whispers and glimpses of eclectic life between them, sometimes subtle reflections sometimes bold as “Dead Presidents, Revolutionary movement leaders and mixed up youth” bridge songs. It makes for a release which needs numerous plays to explore every alluring pasture and suggestive street corner but a simmering increasingly compelling blossoming which only brings increasingly striking rewards.

The 2012 formed, Northeast hailing Abel Raise The Cain draw on the inspirational sounds of bands like Arcade Fire, Sigur Ros, and The Editors for their adventures, open essences woven into their own canny tapestries. Both tracks of their debut double A-sided single, Too Late and The Promise, quickly drew eager praise and support including regular play on UK radio including BBC Introducing, the band continuing to lure plaudits and new ardour led fans with their successors; songs making powerfully persuasive teasers before For Strangers Only.

The album opens with Awakening, its orchestral welcome warm and descriptive as cinematic samples rise within its embrace. The short piece lives up to its name, opening the heart of the album with smouldering grace before freeing the equally seductive and euphoric flight of One Thing. With the romancing of Saerla Murphy’s violin cradling the engaging dusty tones of guitarist Sean Crichton as the keys of Gaz Murray float, the song is a vibrant outlook and stroll urged on by the tenacious beats of Adam Hicks. 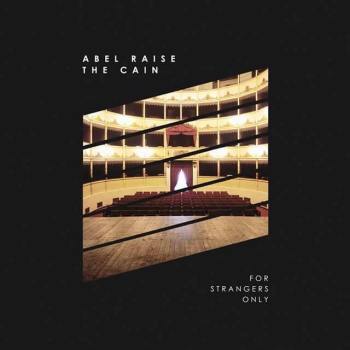 Its anthemic and tenacious call is echoed within the following We’ll Never Know, the track swiftly revealing darker shadows around its radiant core. Within it, the bass of Gary Hughes manages to be simultaneously melancholic and flirtatiously welcoming as keys and strings come to a poetic boil in tandem with the melodic enterprise from Shaun Buckle’s guitar. The post rock climate of the song only grows across its length, consuming ears with wistful yet forceful intent before Black Swans bubbles to the surface. One of the singles sparking the eagerness awaiting For Strangers Only, the song brews its melancholy lined, heartbreak hued croon with craft and zeal, breaking into emotional crescendos as violin and keys respectively comfort and invigorate the spirit. Reminding a little of Doves, the song is superb, a cathartic release for band and listener alike.

The folkish air of Dark Side Of The Street keeps ears and imagination just as keenly hooked, the song a gentle but enthused canter sharing melodic and harmonic enterprise like sunshine. For some yet undefined reason, the song nudges thoughts of Pete Wylie before a country scented rural sigh slips into the similarly flavoured Million Dollar Night, a ruminative slice of balladry which may not quite light personal fires as other moments within the album but still leaves pleasure full, especially with an essence something akin to The Verve

Hideaway is a similar encounter with matching results; its country rock lilt and sultry smoulder a plaintive temptation breeding spirited expulsions across an expressive body. It also just misses persistently hitting the spot yet is one rousing experience impossible not to be drawn back to.

The album departs with the band’s new single, Every Rise. With hope falling from every note and harmony, the song is a thrilling end, a spirit igniting anthem of life with boisterous rhythms urging and melody rich flames licking at the imagination.

Each track is an individual exploration but For Strangers Only equally works like a symphony, each song a movement in its social and emotional tour. Certainly the first couple of listens are fine enjoyment but thereon in is where the magic happens.

For Strangers Only is released March 31st