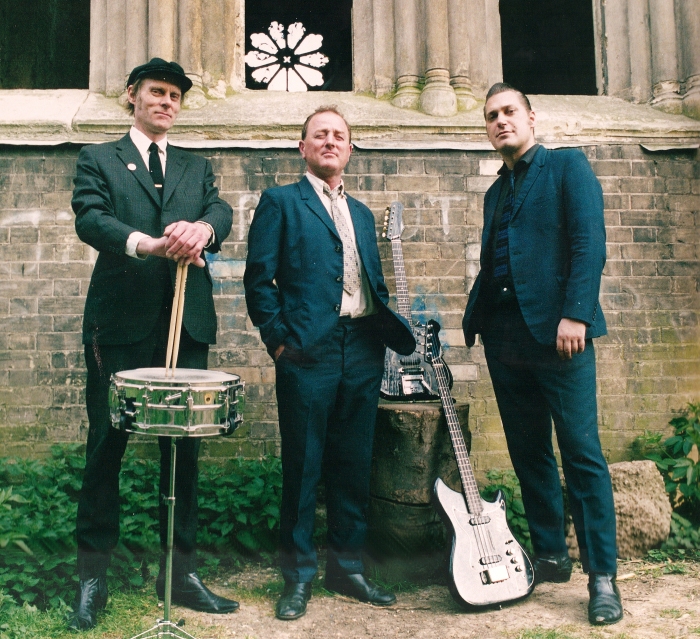 Giving an instinctive passion for rock ‘n’ roll as big a work out as hips and feet, UK rockers The Masonics recently uncaged their ninth album, Obermann Rides Again, offering fourteen slices of their feverishly distinctive and tenaciously addictive sound. The trio rock and rumble through their new proposal with more of the beat infected garage punk which has seen them become the leaders of the Medway Beat first instigated by Billy Childish. In saying that, it equally breathes and roars with freshness again bringing something new and inspiring to ears and the scene around them, and most of all raw zeal and excitement to the listener.

Released by Dirty Water Records as a limited 500 copies editions ahead of a series of limited vinyl and download releases from The Masonics’ back catalogue, starting with Outside Looking In and a new singles compilation, Obermann Rides Again swiftly reveals why the stature of the band remains stately. It all starts with I Ain’t Hurting For You and a guitar twang which provides the spark for a strolling jangle and rhythmic incitement forcibly engaging ears. The magnetic vocals of Hampshire are soon adding their lure; the boisterous sounds around him echoing his honest unfussy delivery. Within a handful of seconds feet are physically involved, appetite and those instincts just as eagerly hooked before the excellent opener hands its pliable slave over to the even more energetically captivating and persuasive Don’t Torment Me. With a Bo Diddley like stomp at its heart, the track twists and turns in its relentlessly vigorous shuffle with rhythmic rowdiness and sonic vivacity its virulent fuel. Rock ‘n’ roll was never meant to be flamboyant or polished to clean-cut limpness and this superb roisterer and its dirty ways proves why. 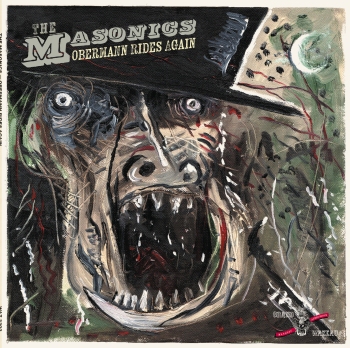 Your Dangerous Mind has a less undisciplined bounce, its saunter more flirtation than aggression and just as irresistible as Hampshire with grainy texture croons, backed by his cohorts within tangy grooves and hip inciting rhythms. The r&b essences of the song are just as ripe as its brisk punk serenade, chaining a body and imagination which is soon firmly hooked again by the sultry rumba of I Don’t Understand Her Any More. As with most tracks, a collusion of decades is at masterful play, sixties garage pop and seventies surf rock hues potent spices as too the fuzzy buzz of organ in the gentle but keen canter of a song.

Rhythm ‘n’ blues dexterity becomes even wilder in next up You Don’t Have To Travel; the beat swinging, hook casting romp has a flush of King Salami and the Cumberland 3 to it,  a more mild-mannered but no less devilish cousin enjoying juicy melodies and the temptress vocal charms of Ludella Black alongside Hampshire. It also pushes the already keen diversity of sound within the album on again, as even more so does I’m The Unforgiver. The track is glorious, a dark rock ‘n’ roll saunter with Cajun spicing evocatively colouring attitude loaded vocals, the fiery shimmer of harmonica, and heavily loping rhythms. It infests ears and psyche like the mutant offspring from a dirty union between Th’ Legendary Shack Shakers and Ray Campi; quite simply it is garage punk to get truly lustful over.

The following and equally outstanding You’re A Stranger leaves body exhausted, senses punch drunk, and spirit ablaze next with its contagion loaded punk rock carrying a touch of The Mobbs to its rowdy exuberance while You Won’t See Me Again finds a predacious edge to its swinging, deviously catchy garage rock bred swagger.

Throughout the whole album, there is no escaping the physical manipulation of Brand’s nefarious beats or Gibbs infernal rhythms whilst Hampshire’s wiry melodies and jangling melodic hooks are trespasses more often than not breeding slavery. All are at bold play in the beat punctuated blues flamed I’m A Redacted Man and straight after in the smouldering fifties rock ‘n’ roll/sixties pop spun What Do You Do. A procrastinating stroll and anthem for lost love and its enslaving grief, the second’s raw seduction roars with soiled Walker Brothers like charm and salty melodic spicing reminding a little of The Birds.

Come On My Little Darlin’ bounces around like a dancehall ruffian after them, sonically tempting and rhythmically taunting as a mouth harp again seduces before You Gotta Tell Me shows its blues breeding with intoxicating hooks and intoxicated keys for a salacious slab of imposing but controlled rock ‘n roll. Both tracks continue the album’s appetite igniting prowess though both are quickly eclipsed by its closing pair.

The swinging country rock a-scented beat ‘n’ roll of The Unsignposted Road is sheer infectiousness with Black back courting ears alongside the band as one passion stoking hook persists and old school melodies flame. It is delicious to the ear but too is slightly shaded by the brilliance of the album’s title track bringing devilment to its exceptional close. Punk ‘n’ roll calling on the goodness of past decades, it stomps around and grips body and soul like The Pirates, both the Johnny Kidd and seventies eras, meeting Thee Headcoats as the likes of The Blue Cats spur them on; a glorious end to an equally stirring and enjoyable album.

As suggested earlier, The Masonics are the head boys of UK garage goodness and Obermann Rides Again is evidence they are in no mood to hand over that position.

Obermann Rides Again is out now on vinyl on the band’s own Grand Wazeau Records and digitally through Dirty Water Records and available @ https://themasonics.bandcamp.com/album/obermann-rides-again