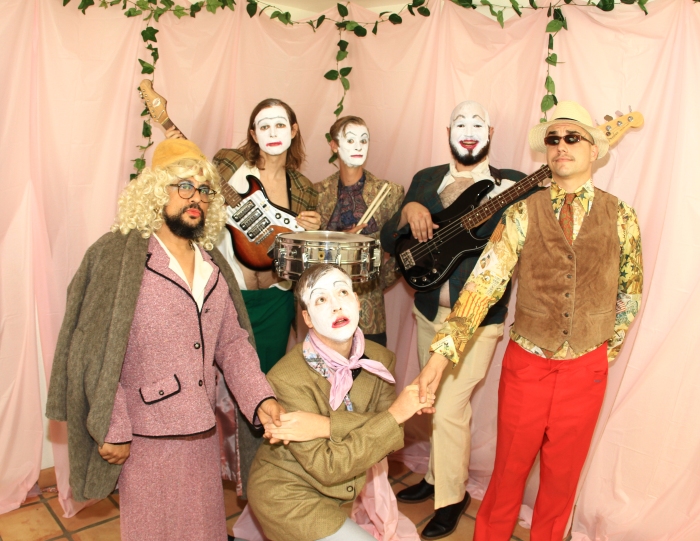 How to describe Playboy Manbaby? Hailing from Phoenix, Arizona, they are a six piece punk band where imagining the Banana Splits meets Swell Maps in cahoots with The Tuesday Club and Zebrahead feels the closest in portraying the band’s deliciously creative rioting. They are mayhem in the speakers, irreverence in the imagination and quite simply and as shown by their new single, irresistible.

Described as “the contradictory soundtrack to the contemporary life experience”, Playboy Manbaby is made up by the combined creative mania of Robbie Pfeffer (vocals), Chris Hudson (bass), TJ Friga (guitar), David Cosme (trumpet), Chad Dennis (drums), and Austin Rickert (sax). The past five years has seen the band steal the hearts and support of their local music scene and tear up stages alongside the likes of Mike Watt & The Missing Men, King Khan & BBQ Show, King Khan & The Shrines, Rocket From The Crypt, Thee Oh Sees, Cosmonauts, The Spits, Black Flag, The Descendents, The Replacements, The Slackers, Teenage Bottlerocket and many more. Grabbing major attention on broader landscapes has yet to find Playboy Manbaby, we ourselves only being introduced to them through latest proposal You Can Be A Fascist Too b/w I’d Like To Meet Your Parents, but thanks to the ever impressive discovery of talent by Dirty Water Records, things could be about to explode for the band. 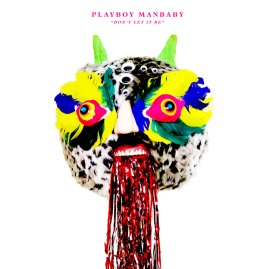 With new album Don’t Let It Be in the works, Playboy Manbaby tease the appetite with You Can Be A Fascist Too, the first single from the impending release. Originally scheduled for a February unveiling, it was brought forward to coincide with the US presidential inauguration. From the off it assaults and lures with a belligerent guitar jangle quickly followed by the raw incitement of Pfeffer’s vocals. Second by second new invasive hooks and salacious grooves fling themselves into the punk mayhem, band shouts and off kilter harmonies wagging a beckoning finger as effectively as the caustic riffs and tenacious rhythms.

The track is a treat and mischievous brawl easy to devour as too is its companion I’d Like To Meet Your Parents. In fact it just about steals the show with its less intrusive but just as virulent dexterity in sound and flirtation. Leading up to a chorus which needs mere seconds to recruit and chain listener participation, the song strolls with minimalistic yet alluring melodies and enticing hooks as vocals make a plaintive proposal with a similarly swinging canter. It is glorious stuff with a foot in seventies punk as the band’s unique modern day mania bellows.

Dirty Water Records have a growing reputation for the eclectic range of their releases, the Playboy Manbaby adding yet another thrilling facet and while becoming one of the label’s best singles yet.