Home › Interviews › The unification of diversity: exploring the heart of Divided We Stand

The unification of diversity: exploring the heart of Divided We Stand

Since forming in 2011, US rockers Divided We Stand has persistently and increasingly grabbed ears and attention with their creative roar and adrenaline fuelled live presence. Quickly making a potent impact locally, they have continued to spread their heavy, rousing sound nationally while sharing stages with the likes of Hoobastank, Pop Evil, All That Remains, SOiL, Mushroomhead, Nonpoint, Papa Roach, and Three Days Grace along the way. As their latest single draws acclaim and appetites globally, we grabbed some of the band’s time to look at the track, the origins of Divided We Stand, what makes them, tick and much more….

Can you first introduce the band and give us some background to its beginnings?

Have you been involved in other bands before? If so has that had any impact on what you are doing now, in maybe inspiring a change of style or direction?

We all have been in past bands with very different sounds. It makes it harder to write because of all the different viewpoints but we have very good songs to show for it. Randy was in a few really heavy metal bands prior to this. Phil and Mike started off playing for their churches and then found other projects later on as their talents grew. Joe started busking while he was in the military and then found some other artists and bands to perform with. Jake has played in various projects as well. We all grew up around music and it’s our life no matter what direction it takes us.

Is there a specific meaning behind the band name?

We have such different views and ideals. While we were in the first phases of our band we had so many different ideas of what direction to go in. Someone said don’t be so divided and it dawned on us “Divided We Stand”.

Was there a particular idea behind the forming of the band and also in what you wanted your sound to offer?

It started out with Mike Russell and Phil Zimny, they had written some songs together that had a heavy but melodic sound. After looking for musicians to fill in the roster they added Randy after a random try out. They liked his heavy edge and his unique double slap bass style. Joe Tuner was just hanging out with the band one night and asked to play a song for us. To our surprise he had a golden voice. We had a few rhythm guitar players leave to pursue other ventures.  Jake Wilson had played in some of the bands we had shows with; his stage presence and clean guitar playing caught our attention and we knew he was a perfect fit for the role.

We all came into this band with great talent but little knowledge of the music industry. You earn each step with your failures and your successes. It’s hard to go out on the road months on end and come up with five to ten thousand to record, publish, and distribute each year. But we have determination to make a way. Either you do it or you don’t.

Well Phil and Mike had written a few songs. With the addition of Randy and Joe they quickly morphed into full songs. Some changes happen when you add or subtract a member. We started with second guitar player named Trevor Tucker for our first two EPs Civil Unrest and Deception. When Trevor left the band we added Chris Whitt for our newest single New Era and our sound changed. Some songs sounded better with him and some didn’t work out. Next we added Jake Wilson after Chris left and our sound is changing again. You always need to evolve as a musician.

Have changes been more an organic movement or more the band deliberately trying new things?

For us it was out of necessity. We started out writing, then playing local shows, then touring nationally as well as putting out our EPs and music videos out and it takes up a lot of you time and you have to work a job. Trevor moved on to pursue other ventures because of the hectic schedule. So we got a friend who is really good at guitar to try out. Chris was good and filled the role well and recorded with us and toured but he ended up getting really sick. He wasn’t able to play anymore so we had a few fill in guitar players help us out and went on tour dates for us until we found a replacement. We added Jake Wilson and he has got to play a few shows so far.

Presumably across the band there is a wide range of inspirations; are there any in particular which have impacted not only on the band’s music?

We listen to music all day long but when we write we try to focus on where our emotions lead us instead of a specific sound or band. There are a lot of musicians we learn from as we grow as a musician. Some of our favorite bands our Stone Temple Pilots, Avenge Seven Fold, U2, Fear Factory, Dio….this list could go on forever.

Talking of songwriting, is there a particular process to it within the band?

We have tried many approaches to writing material for the band. We put everything under the microscope and only the best ideas pass. Recently we have all been writing and we have tons of ideas so we started recording our ideas and if everyone wants to put a layer on the track they do if not we move on to the next one.

Joe writes most of his own material. If he has trouble we give him our ideas for harmonies, patterns, poetry, or anything really. If he likes it he runs with it, if not he keeps moving forward until he finds something. A lot of times you can start with a basic idea and build on it.

Can you give us some background to your latest release? 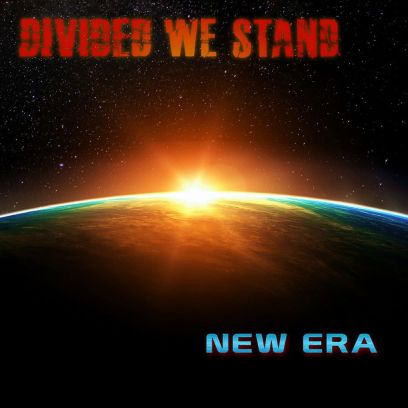 We went to Spider Studios in Cleveland, Ohio for our single New Era. Tony Gammalo was our producer for the track. He has worked with artist like Chimera and Machine Gun Kelly. He even did the Freddy vs Jason soundtrack. It took us a few days to record but it takes a while to get the finished product. We shot a music video with Post Retro Productions. Then we released our single and video to I-tunes, Spotify, Fuse and a million other places. We feel the music industry is starting to gravitate towards singles instead of albums. No one buys physical copies anymore. They want the best songs for their playlist digitally so getting on as many sites as possible is key.

We usually have played our song live a thousand times before we record so it is well rehearsed before we go record. Sometimes your part changes in the studio for certain reasons like the producer wants you to do it a little different or you find a slight mistake.

We have a high energy performance where we jump and throw our guitars around. Joe has such a great presence as a front man. We put our whole selves into the music and don’t hold back. Before and after we play we love to hang out with the crowd and other bands. We love to travel and perform at such different venues with different sounds and random stages.

We live really close to Nashville the music city. There is music everywhere but for metal bands it can be a challenge to find a place to play. Times change and you have to adapt to the sound people want here while keeping your musical integrity. The internet is a big tool for success in the music industry. Getting published and distributed through online service is a must. Social media is another tool to get the word out about all your adventures. Share videos and picture as much as possible. You do have to spend a little money to move forward sometimes. Save up or maybe a loan.

Big thanks for sharing time with us guys; anything you would like to add or reveal for the readers?

We just wanna thank The Ringmaster Review for giving us and all the unsigned artists a shot. It is publications like this one that keeps music alive by giving young talent a voice.