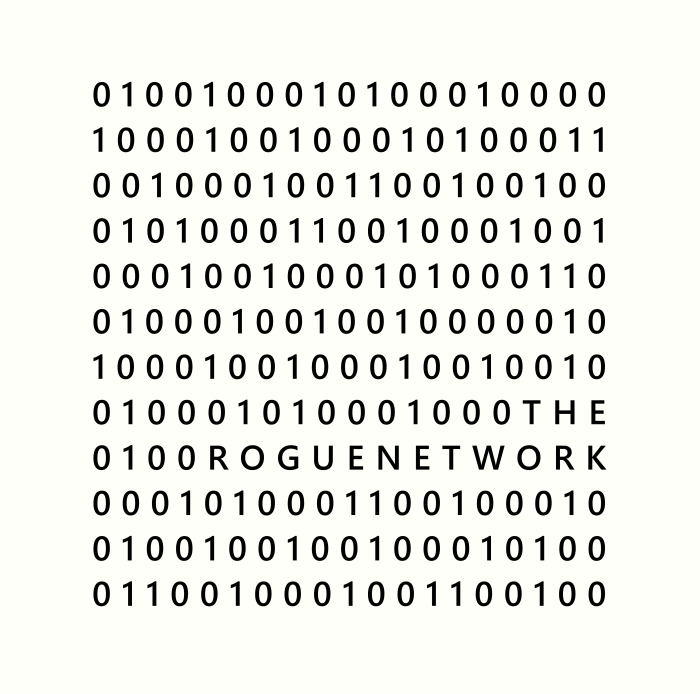 If like us you were taken by their debut EP of 2015 and the two track single last year which it spawned, you will be pleased to know that The Rogue Network has taken things on their part and our attraction to another level with Binary. The four-track EP is another slice of the band’s blues fuelled rock ‘n’ roll yet revealing a broader canvas of sound as catchy as it is adventurous.

The band, taking inspirations from seventies nurtured blues/soul, has increasingly grown into a compelling proposition since emerging in 2015. Led by vocalist/guitarist Gerallt Williams, The Rogue Network re-energised an already growing interest and support for the band’s sound and live presence with the Milk and Honey/Lowland City single in 2016, a tantalising melody rich affair now eclipsed by the Binary EP.

From the first eager throes of opener Operator, band and release has ears and attention locked in. A tasty groove makes first contact, grumbling pulsating electronics and bassline in close attention as sonic enterprise brews around them. With a controlled easy going gait, the song soon eagerly strolls through ears, harmonies and fiery grooves in turn wrapping the potent tones of Williams. There is feistiness to the track which infests every aspect, giving it a raw tempestuous texture which never erupts but adds weight to the infectious funk clad encounter.

It is a fine, seriously catchy start quickly backed up by the melodically charmed Venodotia. There is a Paul McCartney-esque feel to the song, its pop prowess Wings hinting as picturesque lyrics and suggestive melodies embrace and inspire the imagination while Hammond spiced keys add extra colour. It is easy to get lost in its lure, its infectious chorus and a refreshing canter especially though it is soon overshadowed by the EP’s best track.

Ruby is pure enslavement, a slice of pop ‘n’ roll which chains appetite and lust as soon as its opening drama reveals the salaciously seductive bait of piano and the sinister charm of atmospheric melody. Demanding to be a single, the track dances like a mischievous temptress with body and spirit, its spicy blues flirtation alone irresistible around a chorus which has vocal chords dancing without inhibition.

The EP is concluded by Pam Fi, a Welsh sung proposal with rumbling bass and crisp beats clad in fiery melodies as wiry grooves infest the imagination. It is, as now expected, an inescapably catchy tempting bringing the release to a fine conclusion, quickly defusing the niggle of not knowing what its lyrical heart is sharing.

The Rogue Network have really hit their stride in songwriting and sound, Binary relishing another step in craft and boldness which if it continues suggests even bigger exciting things ahead.

The Binary EP is out now across most online stores.