Home › Interviews › Rising from the crowd: Talking Ten Miles Wide with Will Andrews

Rising from the crowd: Talking Ten Miles Wide with Will Andrews 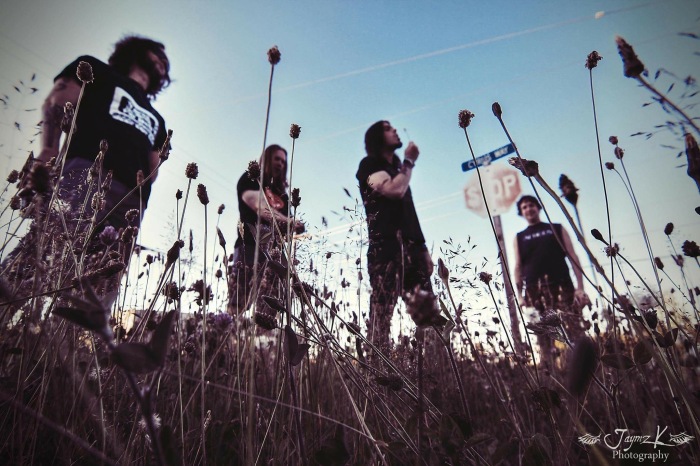 Hailing from a city breeding great bands like a lusty rabbit, Seattle quartet Ten Miles Wide is an alternative rock proposal creating music drenched in haunting melodies and tenacious dynamics. Since changes within their ‘previous’ band led to more of a ‘rebranding’ than a wholly new project, Ten Miles Wide has been on a attention grabbing ride. To find out more we had the pleasure to talk with drummer Will Andrews, checking out origins, debut album, and dynamics within the band along the way.

Hello and thanks for sparing time to talk with us.

Thanks for having us!

Can you first introduce the band and give us some background to how it all?

John Beckman sings, plays guitar, writes the lyrics and births most of the song ideas, Ryan Thornes plays bass and sings backup vocals, Jake Carden plays guitar, and I play drums. We all came up in the Seattle scene together in our 20s, and admired each other’s skills and abilities as musicians.

Have you been in other bands before?

We’ve all been in tons and tons of bands, and a few of us are in more than one band right now, actually. Three out of four of us were in a band together called The Mothership right before Ten Miles Wide started, so you can definitely say that our past bands had an effect on our current band. Prior to 2010, we all were fans of all of our individual bands which prompted us to collaborate. I was actually in a band with Ryan in 2009 before The Mothership happened, so we were already a tight rhythm section.

Ten Miles Wide was the album title of the first full-length released by our old band The Mothership. Since 3/4 of us are in Ten Miles Wide, we wanted to keep a link to your old band and keep our fans happy. We needed to change our name because of the line-up change, and another band trademarked our old name. 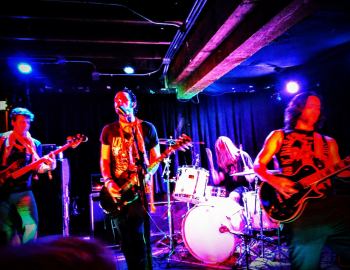 Did you have a specific idea behind the forming of the band and also in what you wanted your sound to offer?

Initially, there was a curiosity to see what we’d all sound like together. Our influences were so diverse, we weren’t sure if we’d sound like a mess. After we got together and jammed a few times, our goal was to make music that we would want to listen to ourselves. We’re constantly refining and honing new skills we pick up, and we’re always looking to push in new directions, so I think we’re definitely achieving our musical goals.

How has that core idea evolved over time?

The ultimate goal is to push ourselves creatively and write the best music we can. When we first started as The Mothership about six years ago we a different checklist of goals we wanted to accomplish. Mainly, we wanted to play our favorite venues in town and develop a solid fan base. After three to four years of networking, performing and releasing a few albums, we ended up selling out our favorite venue for our CD release in 2014. After we re-branded the band to Ten Miles Wide, our fans thankfully stayed on board, so our draw is about the same, if not a little better than before. We’re now looking forward to getting outside of Seattle and possibly outside of the country in 2017 and beyond.

Since your early days as a band, how would you say your sound has evolved and has it been an organic movement of sound or the band deliberately setting out to try new things?

It’s become less straightforward in approach and it has matured. We’re experimenting with arrangements and textures more than before and Jake has been able to add some really interesting complexity with his guitar work. We push ourselves more these days, and we don’t put the seal of approval on a song until we’re all satisfied.

Most of the time, we just write what we write. In the context of assembling an album, one of us might say “we need another up-tempo song” or “let’s get a little trippy on this one”, so things might be a little more deliberate in that instance. We don’t write for any purpose other than to satisfy ourselves, but we do appreciate tight song arrangement and strong melodies. Some of our songs could be a little more accessible than others due to the fact that some of us still listen to accessible music, and it comes out in the writing process.

You earlier mentioned numerous influences but are there any in particular which have impacted not only on the band’s music but your personal approach and ideas to creating and playing music?

There are so many to mention, but I think a lot of our foundation comes from Nirvana, Soundgarden, Radiohead, and Queens Of The Stone Age. We are enthralled with a striking melody and killer chords to back it up. We also love bands that are varied in their songwriting and their approach. We believe in musical exploration and not pigeonholing oneself into a specific genre. It makes us somewhat unmarketable, but we’d rather express ourselves fully.

Is there a particular process to the songwriting within the band?

There are two methods that have been consistent with us. One method is to pull something out of John, Jake or Ryan’s song bank, or riff bank, then formulate a refined structure after we stick a few parts together. We’ll massage segues and transitions once we’re comfortable with the skeleton of the song’s form. The other method is the “jam method” where we just bang out fresh song ideas by improvising in a room together. Sometimes jam ideas get put into a structure, and sometimes they become a song on their own.

Where do you, more often than not, draw the inspiration to the lyrical side of your songs? 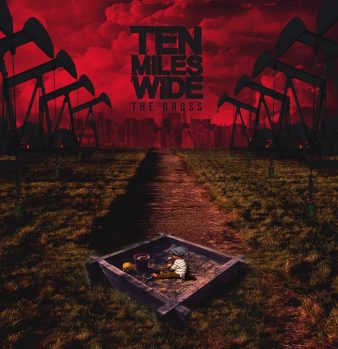 Lyrics are John’s department, but they usually seem to come from personal experiences, or the need to exorcise some demons.

Would you give us some background to your latest release?

The Gross is our debut full-length album. It was mostly assembled as a three-piece band, and Jake came on board and added his guitar work towards the end of the process. Some of the songs are brand new, while others are almost a decade old. Sometimes it feels good to take things out of the vault that were dormant, dust them off, and give them a fresh coat of paint. We needed a few “gimmie” songs to help us springboard through the re-branding a few years ago.

How about an insight to the themes and premise behind it and its songs.

My two favorite lyrics on the album have to do with aliens. The lyrics are slightly in jest, but the premise is that the world is such a fucked up, disgusting place these days and the only thing that would unify us or destroy us would be an alien invasion. Some of the other songs are about people who are time wasters, drug problems, and just general venting about the state of today.

All songs are written before we enter the studio, mainly to save time and money. We like to be efficient at tracking the basic instruments so we can allow for experimentation with overdubs and vocals. If we had the money to live in the studio for a month, I’m sure we’d made a cool record that way, but that would destroy us financially.

Tell us about the live side to the band; that has to be the favourite aspect of the band?

There’s nothing like the feeling of playing a great show to a sea of fans. We’ve been extremely fortunate to have played pretty much all packed shows in 2016, and we hope that trend continues. Just like any live band, some shows are better than others, and sometimes the ones you think suck are the fan favorites.

It is not easy for any new band to make an impact regionally let alone nationally and further afield. How have you found it in a city renowned for its music and a flood of successful bands?

Seattle still has a strong music scene, which allows for the opportunity to be heard. The thing is, you have to work for it, and you need to make music that connects with the people in the scene. Anybody can get gigs on a Monday at a small bar, but to get the weekend gigs at the choice venues, you have to prove yourself and bring people to the shows consistently. Networking and going out to shows will garner you fans and connect you with the bands. Eventually, if you build up a big enough core fan base, new fans seem to just jump on organically. It takes years and an army of people, but it is possible. 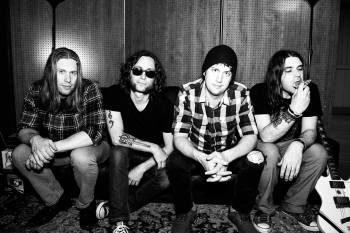 How has the internet and social media impacted on the band to date? Do you see it as something destined to become a negative from a positive as the band grows and hopefully gets increasing success?

Social media is where we thrive and connect with our fans. We try to be very good at responding to every email and Facebook message so that everyone feels like they are part of the band. We haven’t really seen any of the negatives, and the positives are apparent. YouTube has become a monster in the music world and we look forward to tapping into that medium a lot more in the near future.

Once again Will big thanks for sharing time with us; anything you would like to add?

Thanks for taking the time to learn a little more about us! Find us on the interwebs and check out our album The Gross on all of the usual streaming sites.