Andy J Gallagher – Because We Are/Sheena’s Big Night Out 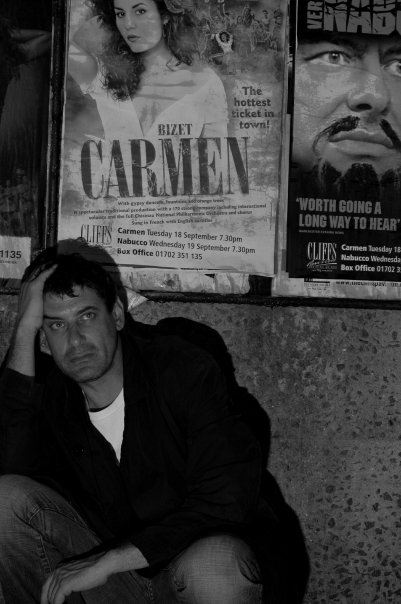 It has some major anticipation to live up to thanks to one spectacular appetiser but if Ego the forthcoming album from Andy J Gallagher can match the promise of his new single, a major treat is on the way.  Double A-sided Because We Are/ Sheena’s Big Night Out is simply one irresistible teaser; two tracks which inspires body and spirit alike with their punk infused rock ‘n’ roll and leaves an eager hunger for their upcoming source.

It has been seven years since Gallagher released debut album Helicopter, Dolphin, Submarine, a proposition produced by ex-The Damned member Roman Jugg who upon hearing Gallagher’s new demos at the time insisted on working with him on the album. As lyrically sharp and irresistible as ever and with Jugg again producing Ego, Gallagher enlisted a host of musicians to help bring the 2017 album to life and before it two songs which leap upon the listener with the raw defiance of punk, the anthemic prowess of old school rock ‘n’ roll, and the instinctive insight of folk.

Because We Are accosts ears with rampant rhythms and melodic tenacity from the start, Gallagher’s raw harmonic cries pure bait to match the persuasive virulence of the sounds brewing and erupting around him. Hitting its insatiable stride within a few more seconds, the track romps and stomps like a mix of Glenn Hodge Banned, Ste McCabe, and The Sums, drawing the listener into and enslaving them with its relentless creative revelry.

There is no let up with Sheena’s Big Night Out either, the song less imposing in its energy but as ridiculously catchy and involving physically and vocally. There is a touch of Captain Sensible to it which does no harm while as its companion, lyrically and vocally Gallagher sublimely hooks the imagination and an ever keen appetite for descriptive humour.

Because We Are/ Sheena’s Big Night Out is out now on iTunes and other stores.