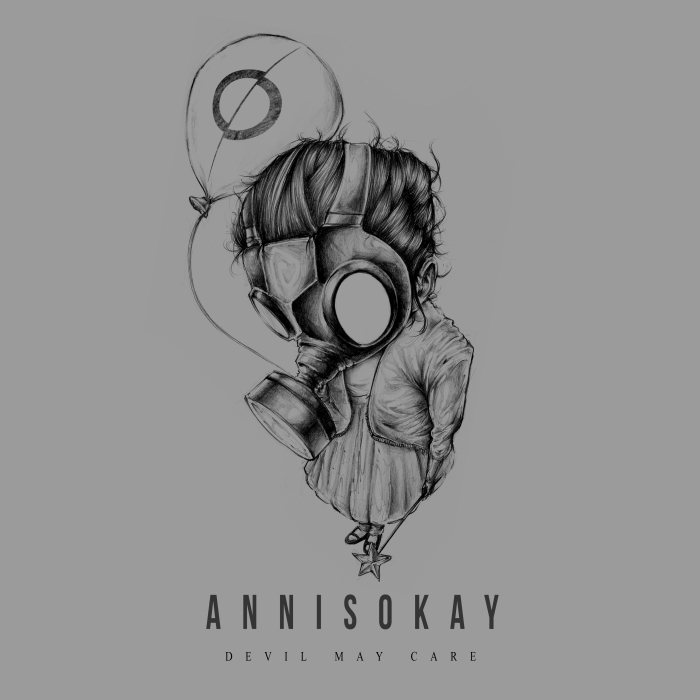 With attention increasingly being drawn their way, German metallers Annisokay have just released third album Devil May Care, a release which rumbles and roars in ears demanding attention. The successor to their acclaimed 2015 full-length Enigmatic Smile, a release following an equally well-received debut in the shape of The Lucid Dream[er] a year earlier, Devil May Care is a rousing and tempestuous beast as at home casting ferocious confrontation as it is sharing melodic and harmonic enterprise.

Creating a sound spun from the heart of metalcore and post hardcore with just as rich rock and electronic flavours involved, the Halle/Leipzig hailing quintet has grown from a national roar to an eagerly welcomed European proposal, the success of their albums and tours across the likes of Austria, Switzerland, France, Russia, and the UK proof. Now it is Devil May Care looking at expanding the band’s presence and sound, a result the release certainly achieves with the latter if still driven by their familiar yet persistently unpredictable sound.

The album opens up with Loud, a track which initially shimmers but soon breeds a scuzzy dose of guitar before catching light with primal rhythms, romancing keys, and riffs which infest the senses. There is no escaping a Rammstein edge to the crowd roars and intensive examination but as the growls of Dave Grunewald shares the platform with the clean tones of Christoph Wieczorek, the song soon takes on its own persona and continues to tempt and ignite the senses. The rhythmic animosity of bassist Norbert Rose and drummer Nico Vaeen is as direct and uncompromising as the throat scarring shouts of Grunewald but perfectly tempered by the harmonic caresses of Wieczorek and the melodic enterprise and sonic ferocity escaping his and Philipp Kretzschmar’s guitars.

The following What’s Wrong also makes a gentle entrance which needs little time to catch aflame as keys and grooves collude  within another rhythmic/riff led onslaught. It too is a passing moment as warmer lures wash ears with matching vocals, but it too becomes a relatively fleeting passage in the revolving landscape of the swiftly infectious encounter. The mix and contrasts of vocals is not surprising these days in caustic metal but works a treat and is emulated in the imaginative textures within the ferocious intensity devouring air and listener.

Featuring Northlane vocalist Marcus Bridge, next up Smile quickly commands ears and imagination. Its initial melodic coaxing is as suggestive as the rapier like thrusts of the grouchy rhythms and harmonic union aside the lusty scowls of Grunewald which follows; their tempting sprung within a carnivorous tide of riffs and djent spiced rabidity. Twisting and turning with increasing virulence, the track is superb, a rousing and dementedly addictive affair as prone to melodic seducing as rancorous trespasses.

Through the haunting drama of D.O.M.I.N.A.N.C.E, another thrilling dichotomy of melodic temperance and punishingly inhospitable attitude in sound and intent, band and album devour as they ignite an even greedier appetite for the release while the mellower but still volatile fire of Blind Lane leaves ears more than satisfied. The second of the two does fail to live up to the creative drama and unpredictability of its predecessors but provides plenty to be wholly engaged in before Thumbs Up, Thumbs Down uncages its own maelstrom of mercurial incitement as ravenous as it is melodically tempting. Aggressive and invasive it surely is yet it also shows Annisokay songs to be as catchy as they are challenging and with the guest appearance of Christoph von Freydorf from Emil Bulls, offers another eventful and magnetic proposal.

Both Hourglass and Photographs have body and imagination firmly held, the fierce yet enchanting first with its poetic melodies and angst fuelled vocals and the second through its volcanic nature. Each again only please though the latter is another lacking the more unique essences of others around it to shine as impressively for personal tastes while after them Gold is a maze of twisted grooves and hungry riffs driven by biting rhythms but equally a beacon of harmonic and melodic elegance around an electronic heartbeat.

Concluded by the mercurial theatre and roar of The Last Planet, the initially impressing Devil May Care only grows in stature with every passing listen. You could say there is a similarity between many tracks within the release, a surface familiarity but it is countered by the fresh revelations found within its inventively layered tracks once given closer attention. The enjoyment found with it also leaves any shortcomings, of which there are few, an ever diminishing essence.

Devil May Care will be released through SPV / Longbranch as a Limited Box-Set, CD Digipak, Vinyl Version (incl. CD), and Download.