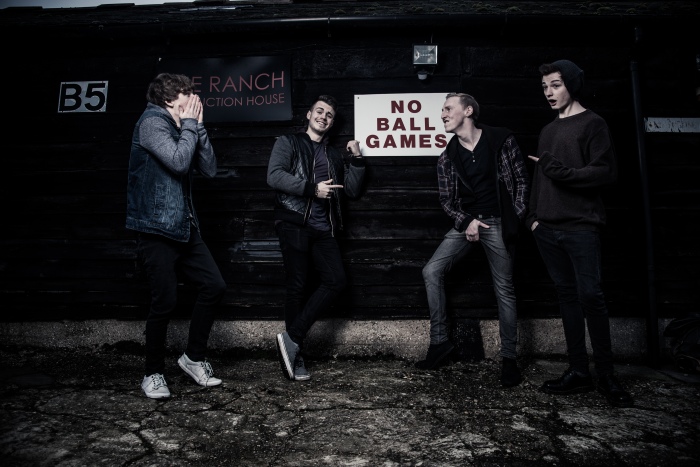 With its virulent pop swing, it is hard to say that the Tirade sound lives up to the fierce tone of the band’s name, but certainly it makes a sizeable, attention grabbing impact going by their richly enjoyable debut EP.  Consisting of seven eventful and resourceful tracks, the self-titled release is a feisty and bubbling fusion of alternative rock and pop punk which employs familiar strains and textures in something potently fresh and increasingly enjoyable.

Hailing from Manchester, the quartet of lead vocalist/bassist Jake Tilley, vocalists/guitarists Josh Pearl and Alex Young, and drummer Stevo Somerset draw on inspirations ranging from Lower Than Atlantis, Press To Meco, and Don Broco to We Are Carnivores and Reuben for their praise luring sound and songs. Formed last year, Tirade are becoming the eager whisper on an ever growing wave of lips, a secret we expect soon becoming an open and loud shout as their EP nudges national awareness.

With moments of really striking moments, the EP is a consistently enjoyable encounter opening up with a band. Snakes and Social Ladders quickly has ears and appetite engaged as jabbing beats and nagging riffs collude. Soon the song is boldly romping, springing sonic intrigue and tasty hooks all the while across its body. It does hold its full energy in relative restraint, turning it into a gripping infectiousness as the guitars create a repertoire of sinewy, melodically endowed enterprise further coloured by Tilley’s impressive vocals and equally strong harmonies. 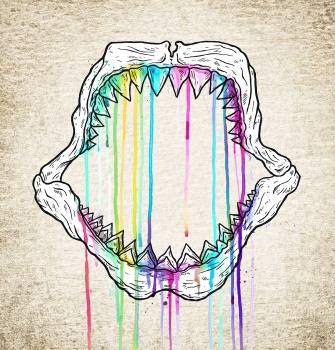 The great start is soon eclipsed by the following theatre of Punch?, a song which is as unpredictable as it is catchy. From its first breath sing-a-long vocals unite with sonic espionage as the guitars twist and turn with technical revelry and math rock spiced invention. The rhythms of Tilly and Somerset drive the song relentlessly, adding to its infection as the imagination of the band, not always as forceful elsewhere, has a field day.

Knives In Your Eyes entangles ears in another flavoursome hook within seconds, its spice surrounded by fiery suggestiveness before the song settles into a calmer stroll expelling that initial heated drama throughout. As with the last song, there are essences which spark thoughts of Swound!, a spiky invention aligned to the melodic prowess of Jimmy Eat World/ Lower Than Atlantis. From start to finish, the track hits the spot with ease as too its successor We’re Having Fun. As rhythms punch, harmonies shine with a trio of voices that blend perfectly across another slice of real catchiness. Even with its contagious instincts though, there is a bite to the Tirade sound, a creative snarl as bold as anything within this tenaciously captivating stomp of a song.

For personal tastes, the sparks which help its previous songs spark a lusty appetite for the release are less prominent from hereon in upon the EP though there is no doubting the appeal and enjoyment found in Travel Agent for Guilt Trips and the following, increasingly compelling Optimism. Again both tracks are a marriage of thumping rhythms and harmonic warmth bound in ear pleasing dynamics but lacking the stronger inventiveness and snap of their predecessors.

The EP concludes with The World Isn’t On Your Side, another highlight closing the release as impressively and raucously as Snakes and Social Ladders opened it. Cantankerously bold, the outstanding track is the heaviest moment of the release, almost predacious as Tirade reveals another string to their creative bow.

It is hard not to think Tirade as a band on a certain rise after this fine release, and once the potential shown here is realised as something truly distinct and unique in sound and songwriting, that loud whisper just might become a raging roar.

The Tirade EP is out now @ https://tiradeuk.bandcamp.com/album/tirade

Check out the video for We’re Having Fun @ https://ringmasterreviewintroduces.wordpress.com/video-selector/