As the world and its ‘masters’ increasingly seduce and trap its inmates in their own design, the new single from Scottish indie musician/songwriter/producer Kevin Mcgowan is a timely statement and wake-up call with a striking video to reinforce its attention grabbing presence.

Talking about the song recently, Mcgowan said,” The song is basically saying how we are all in a state of hibernation and are unaware of what is going on in the real world around us. We get all our information from a screen, be it TV, mobile phones, computers or mobile tablets, and it has become a problem to decipher fact from fiction.”

We are all caught up in the subterfuge in various ways, even reading this and watching the video part of being connected to “some kind of self-absorbed internet addiction”; Mcgowan adding; “As a society we have lost our way and exist in our own little bubbles where we can’t tell the real person from their social media profile. We are an idea of our dream selves rather than simply existing, images dictate our own person, creating unattainable needs, desires and aspirations.” 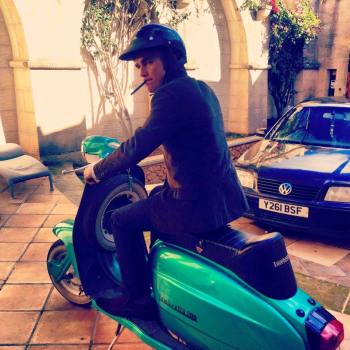 The song’s video and its surreal atmosphere is an echo of those thoughts; its intimate and occasionally claustrophobic insight reflecting the bewitching fantasy and the ease in slipping into its fake but easy to devour stealing of choice and honest observation.

Even loneliness is nurtured by the reliance on thought dictating and enslaving technology and its wares, the video again with its distant but potent Alice In Wonderland like surrealism a direct poke which makes you think and assess as the enthralling song itself captures a share of the imagination.

For more information and news from go to https://www.facebook.com/kpmcgowan and https://twitter.com/kevinmcgowan67