Outright Resistance – Me Vs I EP 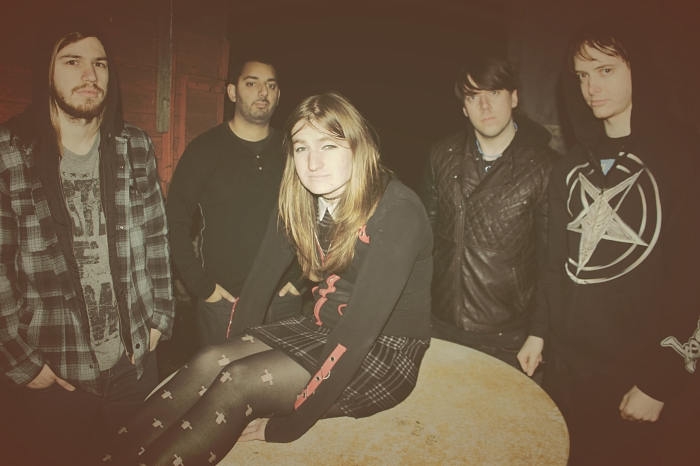 There has been a following roar of impressed voices and recommendation to the ascent of UK metallers Outright Resistance within the UK metal scene and especially over recent weeks with the release of the band’s new EP Me Vs I. It is a defiant and aggressive growl of raw groove woven metal often openly suggesting inspirations from bands such as Lamb of God, Chimaira, Stone Sour, August Burns Red, The Agony Scene, and Pantera but unleashing its if not fully unique certainly own kind of irritable sound.

Formed in 2011, the Stevenage bred band soon had debut EP Don’t Eat My Organs stirring up awareness whilst hitting the local live scene with a raw passion. Shows with the likes of Hacktivist and TRC were including in a host of gigs across Hertfordshire, Bedfordshire, Cambridgeshire, and London, all adding to a growing reputation which was invigorated further by last year’s Poveglia EP and especially now through Me Vs I, with being one of six finalists in the 2015 London arm of the Bloodstock Metal to the Masses competition in between.

Me Vs I opens with its title track, a short piece of drama which finds more sense and potency once having journeyed through the whole EP and its honest no punches pulled look at prejudices and ignorance among other things. Maimed In Chelsea is the next proposal and boy does it start off with a wallop, riffs nagging the senses before being quickly joined by thumping rhythms and the grasping roars of vocalist Paige Lee. In no time it is into a grouchy stroll with Pantera-esque grooves entangling harsher rhythmic predation. Backed by the band, Lee continues to orchestrate the venomous nature of the track with her imposing vocal trespasses, the guitars of Michael Worsley and Joe Jacobs creating a contagious web of grooves and riffs for an outstanding full start to the EP which just becomes more addictive and viciously dynamic with each passing minute.

Prove Them Wrong steps forward next, displaying an even eager desire to consume the senses as riffs and the scything beats of Michael O’Neill descend. Soon displaying a more familiar heavy metal nature to its onslaught and melodic toxicity, the track is a hungrily enjoyable canter with the bass of Chris Everett a predatory incitement alongside the growling antagonism of Paige. Missing some of the extra sparks which ignited its predecessor, the song nevertheless leaves a heavily satisfied appetite behind before the outstanding Pain grabs attention next. From its first rhythmic coaxing there is a belligerence and defiance to the character of the song, a tempestuous attitude which fuels riffs and voice but still content to share its moments with spicy melodies and electronic intrigue across an increasingly rousing and enjoyable encounter.

An echo of Paige’s own personal journey having to deal with transphobia, Gee, Dysphoria challenges as it roars, rhythms a concussive assault and riffs a relentless incursion on the senses as vocals uncage an animosity toned but plaintive call for understanding. With melody spiced grooves and fiery enterprise straddling its intensive outpouring of the heart, the song demands attention being soon matched by successor Destiny Is All and in turn outshone by the closing ravaging of Take The Blame.

The first of the two stalks the senses; riffs again a niggling proposition as beats cantankerously swipe and vocals crawl with similar intent over song and listener while the second is a thrash/death metal spiced tempest as virulently catchy as it is violently imposing and bound in short but flavoursome grooves. Standing alongside Maimed In Chelsea as the EP’s best moment and showing the most adventurous nature of all, the song is a fine end to a thoroughly enjoyable release.

Me Vs I lives up to the promise and potential suggested by plaudits towards the band so far, suggesting greater things to come from Outright Resistance while leaving keen enjoyment.

The Me Vs I EP is out now @ https://outrightresistance.bandcamp.com/album/me-vs-i