Since forming, UK rock pop band Twister has shared stages with the likes of Status Quo, Simple Minds, Texas, Scouting for Girls, Jools Holland, and The Joy Formidable, Guns ’n’ Roses guitarist Ron Thal (Bumblefoot) on his 2015 UK tour, and finished second out of 12,000 acts in the Surface Festival. Each moment has drawn praise and vocal support, something not hard to understand whilst listening to the band’s new mini album Designed State of Mind.

Offering six vibrant and emotionally intensive affairs, Designed State of Mind catches ears with its instinctive catchiness and the imagination with its accomplished melody rich character. Straight away as opener and the band’s new single hits ears, there is an instant show of new maturity and a blossoming in the band’s sound since previous album This Isn’t Wonderland of 2014. Songs are more rounded and the united craft of the band tighter, Trees alone revelling in that growth. Quickly tangy hooks and spicy melodies entangle with the darker hues of a lively bass, beats swinging with matching eagerness as the infectious encounter descends on ears and appetite. Impossibly contagious by the time of its pop loaded chorus, the track bounces around inspiring the same in body and spirit; Jake Grimes, Matthew Whitaker, and Joe Major a lively proposition around the potent voice of Stevie Stoker. 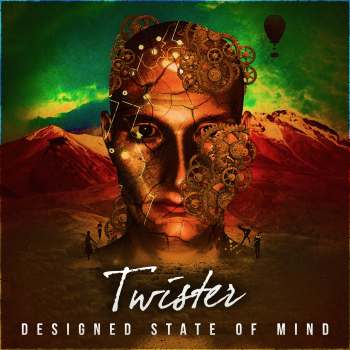 It is a thrilling start which the EP at times equals and or closely misses but constantly sparks strong enjoyment starting with Monroe. More of as grower than its predecessor and with a touch of restraint to its seeming want to explode, the song strolls along with rhythmic shadows aligned to reflective melodies as vocals again caress ears with a firm and captivating touch. It too has a chorus which is hard not to get involved in while its melancholic air seduces before the excellent Fist Fight by the Waterside steps forward.

Once more suggestive melodies and tenacious rhythms collude with Stoker’s powerful tones as the song’s character has the spirit and punch its title might suggest. Touching on the predatory at times, the track easily rivals the opener as a main highlight and quickly matched by the mellower reflective charm of Monopolise. Reflective voice and melody coax ears before the song broadens out into an anthemic croon with feisty energy and heart to the fore. There is a touch of ABC to the song, if that band had turned to hard rock, it ending as infectiously enticing as anything on the album.

Designed State of Mind ends with the equally red-blooded Feeding Frenzy, a rousing encounter if missing the final vital spark of previous songs within the album and lastly Fortune Favours the Bold, a warm and boldly engaging song again not quite reaching the heights of before. Nevertheless the pair brings the album to a highly pleasing close adding to a want to hear more from Twister, a Durham hailing band rising up the UK rock scene with every passing success.

Designed State of Mind is out now through most online stores.