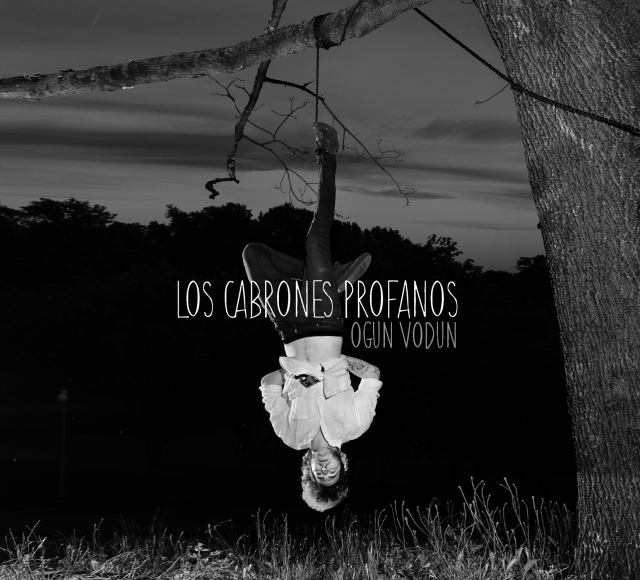 Hailing from Milan, Los Cabrones Profanos is a band creating incendiary stomps from the collusion of varied strains of country blues and garage punk. The evidence can be found on the band’s new album Ogun Vodun, thirteen tracks of illegitimate stomping and blues-blooded mischief. More we can tell you about the Italian band though is limited though they consist of guitarist Blind Frankie, drummer El Cabron, vocalist Il Reverendo, and mandolin player Pollo Braineater, and have unleashed one excellent treat with Ogun Vodun.

The album opens with the sinister lure of Intro the distress; a brief guitar cast instrumental awakening ears and thoughts before its sonic tail is joined by striding rhythms and the body of Midnight Blues. As dark and dangerously seductive as its name might suggest, the track is soon strolling with a devilish swagger equipped with spicy hues of harmonica and dour yet magnetic vocals. Its air is raw, almost predacious as the song sizzles upon the senses while heading to an explosive and irritable finale of sound and energy.

Bad Boys Boogie follows taking similar spices into its punk ‘n’ roll rioting, spilling irresistible hooks and recognisable rockabilly riffs second by second. There is a touch of US duo Into The Whale to the song, though its fifties nature is most vocal and pleasing before Il Blues è morto shares its sultry and melancholic landscape of evocative guitar melodies and vocals with the harmonica adding additional flaming to the compelling wake.

The album’s great start only continues in full charge as firstly the volatile cowpunk romp of No fun down in Nashville rumbles and grips ears alongside an already eager appetite for what is on offer and straight after Brace viciously erupts upon the senses with its Black Flag meets Powersolo like dementia. The track is glorious, a flavouring of The Cramps adding extra potency to the invasion of the senses.

Siesta is 20 seconds of raw snoring, literally, before the dark swing of Figlio del Voodoo reveals its Cajun sorcery through voice and mandolin devilment against guitar temptation. The first of the two is just what it is and soon passed over across subsequent listens but its successor is pure bewitchment which never explodes into the devilry it suggests it will but thrills and blossoms because of that restraint.

Incroci has a Latin slicing to its mandolin seducing, the rest of the song’s body providing a mariachi nurtured stomping with a touch of Th’ Legendary Shack Shakers to its infectiousness, while Il Blues dei miei peccati mixes the band’s penchant for cowpunk and country blues in another quaintly hued and inescapably catchy canter with plenty of imposing shadows and fiery temptations for appealing measure.

As expected I Stomp does exactly what it says on the tin, its incessant wave of hooks and vocal simplicity a call to hips and feet, not forgetting vocal chords to rock ‘n’ roll, all only finding rest once the enjoyable dusty balladry of Hank takes over.

Completed by the Outro in Hell, another potent instrumental persuasion, Ogun Vodun leaves thick pleasure and a just as big want for more in its wake. Without breaking wholly new ground, the album is as fresh as it is inexcusably mischievous while Los Cabrones Profanos is a band all dark blues and garage punk fans should become acquainted with.