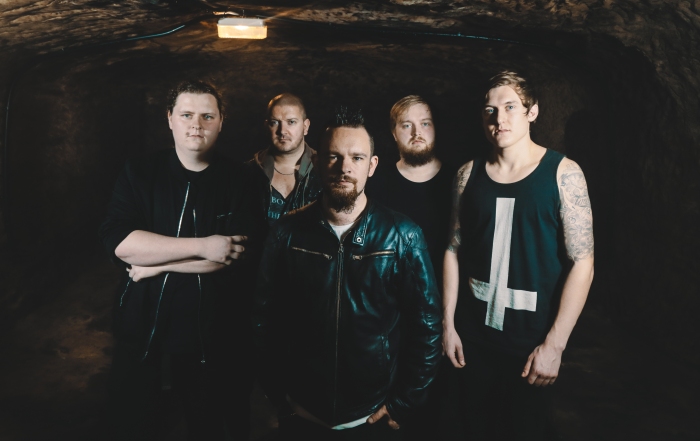 With their first new slabs of muscle bound rock ‘n roll since the Two Worlds EP in 2013, UK quintet Patriot Rebel take another attention grabbing and impressive step to the fore of the British rock scene. Quite simply the Cynics Playground is a thumping collection of rousing incitements, a multi-flavoured EP that stirs up the spirit.

Formed in 2011, the Nottingham hard rockers have constantly honed their sound and lured greater focus the way of their ear pleasing creative roar. Drawing on inspirations ranging from Alter Bridge, Shinedown, Black Stone Cherry, and Avenged Sevenfold, Patriot Rebel poked at acclaiming attention with the aforementioned Matt Elliss (Black Spiders, Terrorvision, Skarlett Riot) produced Two Worlds. Live the band equally earned a potent reputation, taking in shows with the likes of Y&T, Tesseract, The Treatment, Jettblack, and Skarlett Riot along the way. Last year saw the release of the similarly striking video single Propaganda, a track taken from their first EP. Now with Ellis again at the helm, the band returns with Cynics Playground and a sound which has noticeably grown in maturity, power, and downright magnetism. 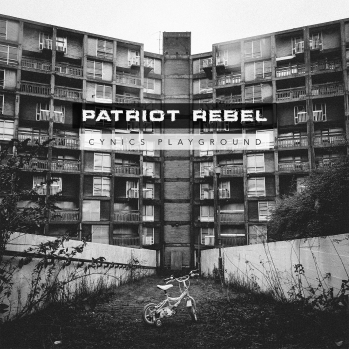 Opening up with Digital Mannequin, the EP hits the ground running. Led by the most irritably growling bassline to get an appetite for, the song is soon driving through ears with the riffs of guitarists Danny Marsh and Dave Gadd stirring the senses as vocalist Paul Smith roars. It is a thick and almost muggy assault with every element crisp and precise within the infectious tempest, throughout Marsh’s grooves entwining the imagination, binding the sinew swung beats of Aaron Grainger and the persistently grouchy tone of Will Kirk’s bass.

It is an outstanding start, with at times a whiff of System Of A Down to it, which leaves a lingering impression and pleasure before being matched in creative kind and potency by Self Hate. The second track similarly has ears and eagerness devouring its robust throes of riffs and rhythms, presenting another imposing yet inviting entrance which commands attention and enjoyment with swift success. Smith again stands magnetic within the boisterous energy and aggression offered, his delivery a fiery snarl with contagious prowess to match the virulent enterprise of the guitars and rhythms, which in turn means one stirring encounter.

Two songs in and the Patriot Rebel sound while never afraid to reveal some of its influences, shows itself to be at its most unique and individual yet, the emotive power balladry of Dying Breed continuing that welcome trend as it ebbs and flows with emotional and physical intensity amidst sonic invention. More a smouldering success than its predecessors, the track emerges as another highlight within Cynics Playground, being quickly equalled by the rhythm swinging, antagonistically riffed All I Wanted. It is a beast of a proposal, that irritability of bass in the opener fuelling every aspect of the mighty incitement. The song takes no prisoners, guitars and beats biting as they entice and land alongside the predatory nature of the bass which in turn courts the catchy lead of the vocals and the infection sharing instincts of the track itself. Equally though, there is room for some sonic and exotic melodic imagination to be seriously tempted by.

The EP closes with Miss-Guided, a song which reveals all the Patriot Rebel attributes with consummate ease while sharing the new depth and adventure in the band’s sound. Though it might not quite live up to those before it, the song is an impressing finale to a thrilling release. Cynics Playground is Patriot Rebel on a new plateau yet the feeling is that the band is still working towards their true creative heights; so happy days for UK rock ‘n’ roll ahead we suggest.

The Cynics Playground EP is out now through all stores.