Home › Interviews › Creative espionage and inventive intimation: an interview with Aiming For Enrike

Creative espionage and inventive intimation: an interview with Aiming For Enrike 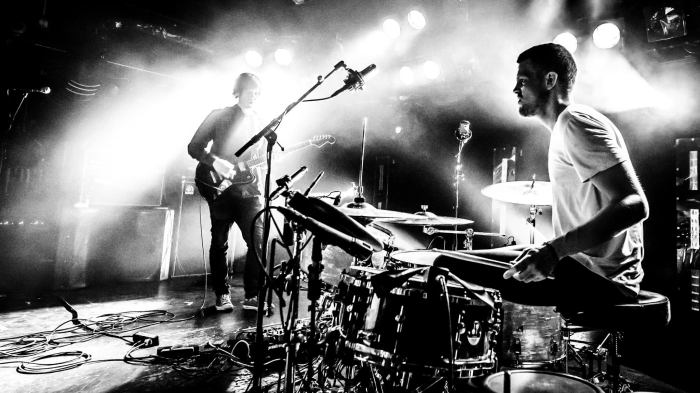 Without doubt, one of the year’s most exhilarating and inventive propositions has been Segway Nation, the new album from Norwegian duo Aiming For Enrike. The encounter is a fascinating instrumental adventure in sound and captivating aural suggestiveness; a multi-flavoured infectiousness created by drummer Tobias Ørnes and guitarist Simen Følstad Nilsen. Offered the chance to learn more with the duo, we set about discovering the creative heart of band and album.

First of all can you tell us about yourselves as individuals?

We are two quite calm persons; a guitar player and drummer. We love making and playing music, so we spend a lot of time in the rehearsal space, practicing, jamming, and composing.

When did you first meet and what sparked the idea to form the band?

We met in 2010, when we attended a music school in Oslo. We were both into experimental noise rock music. After seeing some mind-blowing bands like Monolithic and Zu, we wanted to do something like that as a duo. By using loops we managed to get a huge sound even though we were only two. In the beginning we had more of a noise/prog sound but over the years the songs developed into more conventional song structures where we have incorporated a lot of influences from electronica, funk etc.

Is there a specific meaning behind the band name?

Yes, but not worth sharing 😉 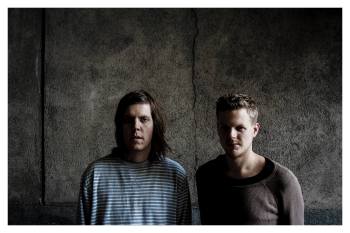 It is wonderfully difficult to pin down the Aiming For Enrike sound for us, how would you describe it to newcomers to the band?

It’s an adventurous band with good melodies, cool grooves, and lots of energy. It has a very distinct sound, but still the music can go in many different directions.

What and who have most inspired your musical ideas and subsequently sound would you say?

Our sound is kind of schizophrenic and has a lot of layers because of a wide range of influences. Of course we can be inspired by other things in life, but I think it is only music and music gear that have a direct influence to our sound. Aiming for Enrike is the result of two people and sounds like something none of us would have made by ourselves.

I am no expert on the broad expanse of the Norwegian music scene right now, generally coming across the diversity of metal and rock bands from there, but I get the feeling that your music is a one of a kind there; something unusual to the Norwegian landscape of sound. Is that the reality and if so how have they taken to it?

In Norway it is very common to have musical collaborations across genres. If you look at the jazz and improvisational music scene, you have lots of artist who play music that have more in common with pop, rock/metal, electronic music than traditional jazz. In jazz festivals you can go and see pop acts, and in commercial festivals there are jazz bands playing. So I think in general people are very open to new stuff.  Most artists are not so focused on sounding like the other one. It is a good thing to be original, and have your own thing going. We don’t know of any other Norwegian band that sounds like us but way more people than we would have guessed have been positive and open to it.

You have just released new album, Segway Nation; a release which had our imagination as busy and enthralled as ears and feet. Where does a ‘typical’ Aiming For Enrike song start composing wise?

We always start by just playing. We spend a lot of time just improvising, or trying out different kind of ideas. It is important that we are inspired when we play, and that there is a fun factor. We try to follow our intuition, and not doubt our choices too much. Then we record our ideas and make tunes out of them.

Throughout the album, there is an organic freedom, almost as things were created, played, and improvised in the moment. Tell us about the recording of Segway Nation; were songs already 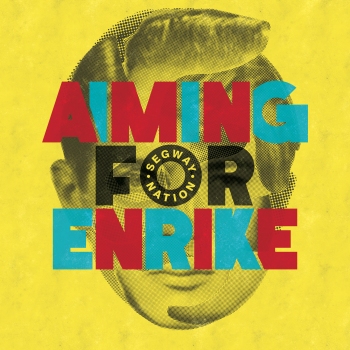 written before recording them or was there an element of conjuring twists and turns there and then?

Everything is played live in the studio, without any click track. That might create a more «free» or improvised feel. On Segway Nation we composed all the songs before we recorded them, but there are some parts in the songs where we improvise. It can be open sections, or written parts played in different ways. That keeps it interesting for us, and hopefully for the listeners. Some of the more «free form» songs like Minitrue and Phone Phobia are the result of some improvised recording sessions.

Another great aspect to the album is the way it inspires the listener’s imagination to create its own adventures. Can you tell us about some of the actual themes and inspirations to the tracks and their suggestive dramas?

We didn’t have any specific plans for this. But it is a good thing if the listeners make up their own adventure in the music. I don’t think there are any specific themes to the songs, but there are specific inspirations to some of the songs. It can be a groove, melody, riff etc.

The past few years has seen some impressive and ear striking duos emerge with varying styles and dynamics within their union. Often it seems that the slimness of personnel allows a band to bring its live presence much more easily to recordings. It is the same with you guys; there is a feeling that listening to Segway Nation would be like standing in front of you on stage. Do you think there is some validity in that thought from your perspective; less bodies and minds leads to less of a leaning on technology and tricks when recording music?

There is more space in the music when you are a duo, and that makes it easier to follow your intuition and play in the moment. Since we record our music live in a room, the recording becomes very representative for us as a band. There are very few options sound wise with only a guitar and a drum kit, so I think it is hard to lose the live feeling in the recording.

Tell us about your live side; how you translate the dynamics of songs to the stage?

It works really great! We played the songs live many times before we recorded them. So the recording is not much different from a live performance. With the live performance you will also get the visual aspect and a bit more playful approach to the material.

What is next for Aiming For Enrike now that the album is out and earning acclaim and new hearts?

We are working on new material, which is turning out really good! And we have some festivals coming up this summer; first there´s Nattjazz festival in Bergen, then Øya festival in Oslo. We are planning a European tour in the fall! So lots of cool stuff coming up!

Once again many thanks for giving your time to us. Anything you would like to add?

Check out our album Segway Nation, and also the live in Rohdos garage videos on YouTube.

Like Loading...
‹ Three minutes and counting…talking pop with The Perfect Pop Co-op
Blood and rage: exploring the roar of Incentives ›