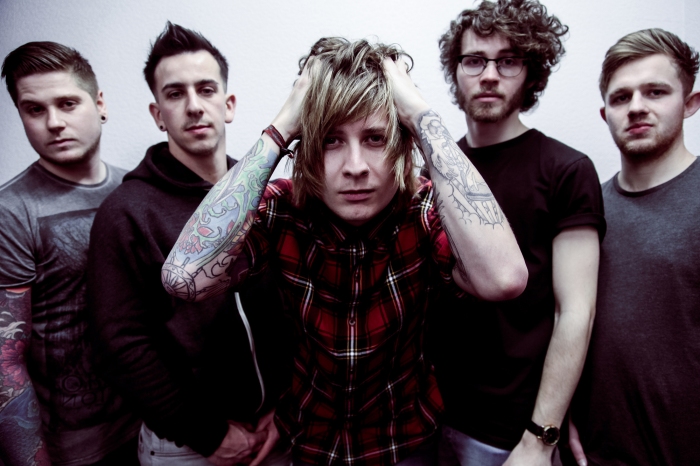 Making a potent introduction with their debut EP last year, UK post hardcore band Cardinal Bay have upped their game with its successor Answers. It is a five track proposal which growls as it dances on the ear, all of its tracks being as seriously catchy as they are emotively and aggressively forceful.

The strength of the band’s 2015 debut EP Way Back Home, released in their second year together, suggested that the Bridgwater quintet had the potential to make some big musical statements ahead and Answers certainly lives up to that promise in many ways. It comes after a year, since that first release, where the band undertook many UK tours, playing around the country alongside Amaryllis, Lost Atlanta, Chasing Cadence, and Breathe in the Silence and supported Funeral for a Friend before playing main stage at the UK’s biggest youth music festival, Butserfest. The early months of 2016 have been no different in business and success, the five-piece having made a recently acclaimed appearance on the main stage at Teddy Rocks. Now it is time for the Jonny Renshaw (Devil Sold His Soul) recorded Answers to lay down a marker for what many are calling the most exciting band to recently emerge in the post hardcore scene. 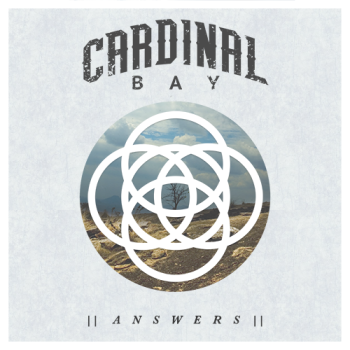 From its first moments, the Answers EP certainly does little to dismiss that type of claim, its title track slipping into ears with a melodic jangle as feisty sounds flirt with its background. Pretty soon rhythms and riffs are jostling for attention too as the strong harmonic cries of Josh Rogers colour the song’s air. It is not an over striking start but the song easily has attention held, especially once Roger’s strong vocals stroll with a throaty bassline from Jonny Dibble for company as beats jab and skirt their tempting. As the guitars of George Hill and Dave Small cast a web of melodic suggestiveness, the song simmers nicely with the occasion eruption of raw vocal growls matched by an increase in energy led by the lively beats of Matt Ward.

A strong start to the EP, the song is a sign of things to come with bigger and bolder things waiting to really spark the imagination starting with Out Of Sight. The second track has a far more imposing air to it straight away, swinging beats hitting with a heavier hand as again raw vocal squalls court the impressing melodic tones of Rogers. The band does have a flare with creating infectious pop seeded enterprise too and that also blossoms within the tenacious encounter, almost so well that its make the rawest hues of the track seem unnecessary.

Its feisty presence is matched and eclipsed by the outstanding roar of the following #Shotgun. Instantly it has a virulence and fiery edge which seduces and ignites the imagination and appetite to their strongest reactions yet. There is something familiar to the song, an indefinable essence which only adds to its drama and magnetism built on shadowy rhythms, melodic adventure, and a rampant catchiness more than conducted by Roger’s powerful delivery.

Masquerade makes a more tempered impact next though from its initial grouchy attack amidst a spiral of sonic enterprise, the track easily engages and increasingly pleases ears. It lacks the spark of its predecessors musically, the ear grabbing bite which chains attention but certainly makes up for it with the now expected great vocal quality of the band.

The EP comes to a close with There Are No Flames In Hell, a track which slowly burned itself into the passions. By its end though, and helped by round after round of its infection loaded chorus, it emerged as another strong and lingering favourite. The track contains every impressive element of the band and its sound, giving plenty more reasons why so many are waxing lyrical about Cardinal Bay. With the Answers EP to the fore, 2016 is looking like being a big year for the Somerset band.

The Answers EP is out now @ https://cardinalbay.bandcamp.com/