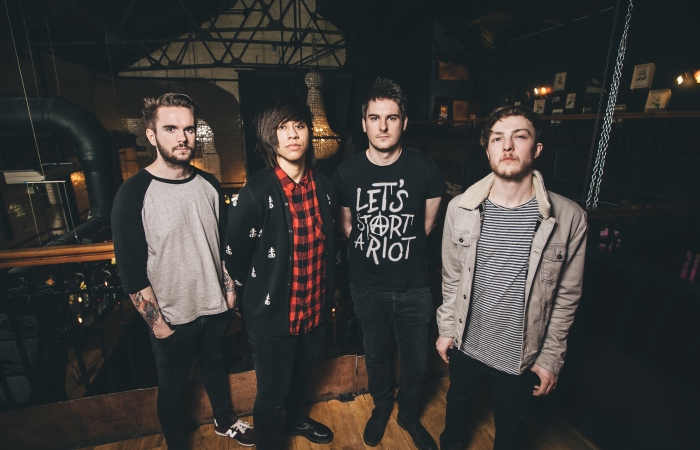 There is an honesty to the Amaryllis sound, a raw pureness in heart and feel which is as magnetic as the music cast by the British band. The alternative/pop rock quartet comes from London and has already awoken keen interest with a pair of previous EPs; now it is debut album Nova Initium doing the asking of attention as the band’s most resourceful and imaginatively crafted proposition yet.

Formed in late 2012, Amaryllis was a potent live proposal by the following year, backing up on stage and more the promise found in the band’s self-titled debut EP of 2013. It was a release which clocked over 10,000 downloads and 25,000 plays/views. Since then the quartet of vocalist Sante Moonie, guitarist Alex Whiteford, bassist Stewart Whiteford, and drummer Michael Mann have expanded their sound as first hinted at in their 2014 second EP, Revolt, and earned an increasing reputation for a live presence taking in shows with the likes of Elliot Minor, The Dirty Youth, Boy Jumps Ship and more over time. Nova Initium now reveals itself a clear step up on those previous strong successes; in songwriting, sound, and impact whilst still suggesting there is potential of even bigger and bolder as well as increasingly unique things to come.

The album opens with new single Thorn and straightaway an air of drama lines the initial keen strokes of guitar and the darker scythes of the same which soon arise around then with meaty rhythms in tow. In no time those early spark on ears become a rousing stroll with enticing band calls deep within the catchy roar of sound. Things settle down a little as the emotive tones of Moonie join the tempting, her voice as emotionally honest as the sounds fuelling the character of the album and in many ways their lead. There is also an instinctive snarl to her delivery echoing the rawer energy and attitude of the song; every aspect uniting for a potent and highly enjoyable not forgetting memorable start to Nova Initium. 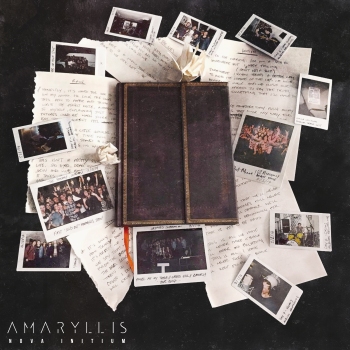 Hold On steps up next, matching its predecessor in tone and intensity as well as organic drama. Riffs and hooks collude to quickly create an ear catching canvas through which the bass prowls and beats land upon with intimidating intent. Again there is an infectiousness which is pop bred but more so a beefiness which unmistakably announces Amaryllis firmly as a hungry rock band. With some great imaginative hooks and unpredictable twists, the song simply builds on the success of the opener before making way for All We Have, a slightly lighter affair with its own depth of emotive reflection and ear pleasing enterprise. Moonie again only impresses, especially when she brings a bolder roar to her delivery, whilst the Whiteford’s guitar and bass enterprise show great invention in uniting calm and explosive contrasts and textures.

Bounding along with emotive and energetic liveliness, Basement has attention and appetite for the release firmly held, if without quite leaping through ears with the same immediate potency as those before it. With an infectious swing led by the vocals of Moonie and band, it is not too long before the song has convinced and involved feet and voice though, with the atmospheric Nova following to tantalise and reinforce the album’s capture of the imagination. There is a great theatre to its brief presence; a shortness suggesting it is more a lead into its successor Initium than a standalone proposal which in a way is a shame because the piece really grips attention with its provocative tone and craft and feels like unfinished business by the time it drifts away. It is a missed opportunity maybe, though Initium provides its own tapestry of invention and adventure to quickly lure all attention its way.

The groove infested rock ‘n’ roll of Drown hits the spot straight after, the track a heavier rumble with certain grouchiness to riffs and rhythms; they contrasted by the warm harmonies and melodies crowding round Moonie’s engaging voice. Emerging as one of the bigger favourites within the album, it departs for the accomplished balladry of Rain which brings Nova Initium to an increasingly mesmeric close.

Across Nova Initium, Amaryllis reveals their most expansive canvas of variety and imagination yet. It might lack that final explosive spark at times, the last element to ensure that the release explodes on the ear but there is no escaping that it is also an encounter which announces the band as something different and exciting, with as suggested earlier, the promise of even more impressive things to come.