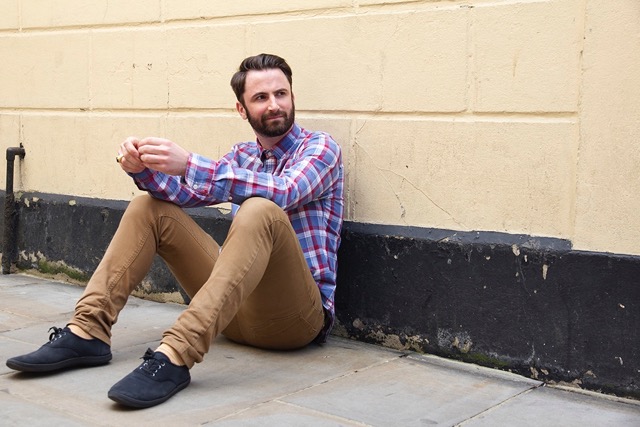 As a teaser for and invitation to his new album, The Raging Sea, British singer songwriter Mark Mathews releases new single Black Heart Down, a song to get the feet moving and spirit bouncing. It is a song which does not startle yet needs little time to spark an energetic response to its boisterous rock ‘n’ roll.

Half Spanish on his Mother’s Side and Northern Irish from his Father’s, Belfast bred Mark and his family was moved to the East End of London by his actor Dad, leaving a home town “heavy with stories of death and guns.”  Mark’s musical tastes and heart was inspired, amongst other things, by the discovery of Sgt Peppers in his Mum’s vinyl collection and a freebie tape titled Sixties Mania that came with a box of Kellogg’s cereal. The emergence of Oasis was the trigger for Mark to pick up a guitar and write songs. Embracing the sounds and songwriting craft of other artists such as The Beatles, The Kinks, The Band, and Ryan Adams too, his music passion and career was soon a full-time involvement.

Since that start, Mark has gigged, toured, and busked around the world, been voted one of the best artists in London by readers of the Metro newspaper, and been awarded first place in the Indie International song writing competition and nominated for 2 Indy Music Awards for best live act. Either solo or with his band, Mark Mathews’ Late Night Players, he has shared stages with the likes of Andy Fairweather-Low, Frank Turner, Nigel Clarke (Dodgy) Luke Toms, The Draytones, and Dan Le Sac. With a quartet of EPs and a trio of singles also under his belt, Mark is ready to nudge even broader attention with The Raging Sea, and its lead, the highly enjoyable Black Heart Down.

The single has ears cupped in a melodic hug straight away, the alluring acoustic start matched in potency by the darker hues of the bass. They are quickly joined by the strong and inviting tones of Mark, his vocals continuing the warm beginning yet holding an edge and intensity which is soon seeping into the catchy chorus and the overall drama of the track. Continuing to stroll along, the song shares an expressive nature in sound and emotive character in heart whilst infectiously taking feet on a lively ride.

There are seemingly no major landmarks or striking elements to the song yet is as memorable and captivating as you could wish, carrying a craft in songwriting which alone sparks a want to hear more and indeed Mark’s new album.

Black Heart Down is released April 25th as too is The Raging Sea on iTunes.