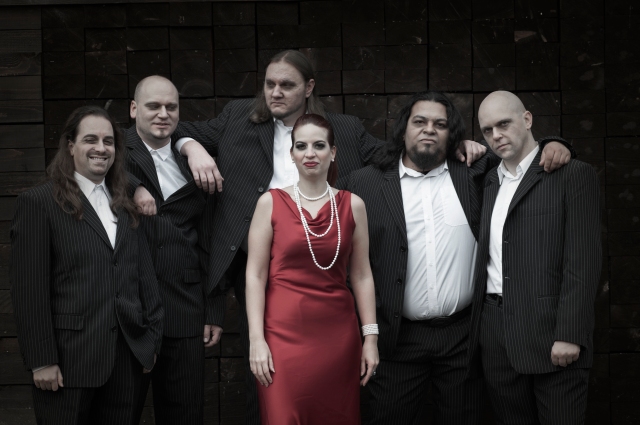 Power metal with plenty of flavoursome extras, the Inishmore sound is an adventurous proposition which is a mix of great unpredictability and more expected genre prowess. The blend as evidenced by the Swiss band’s latest album, The Lemming Project, is a fiercely engaging and increasingly potent proposal which might not always be soaked in major originality but always provides something fresh to contemplate and generally breed a healthy appetite for.

Hailing from Baden, Inishmore emerged in 1997, formed by guitarist Fabian Niggemeier and keyboardist Pascal Gysi. The band released their debut album in 2000; The Final Dance being swiftly followed a year later by Theatre of My Life. Third album Three Colours Black emerged in 2004 to keenly praising responses before the band broke up in 2009. Two years later it arose again, Niggemeier and Gysi joined by another original member in bassist Daniel Novosel. Quickly friend and drummer Alex Ortega linked up with the trio before subsequently guitarist Jarek Adamowski and Andrea Schmid completed the line-up by early 2011; the latter leaving two years later, with Michela Parata coming in. 2014 saw Inishmore enter the studio to work on fourth album The Lemming Project with produced Dennis Ward. It was self-released in 2015 to fan acclaim, a success leading to the band signing with Dark Wings and its global release this year. 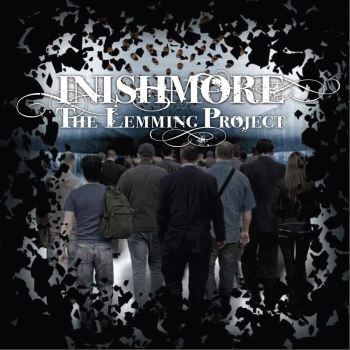 The album opens with Cup of Lies and immediately lays a tide of eager steely riffs upon ears quickly joined by heftily jabbing beats. In no time the song opens up melodic and fiery arms led by the instantly impressing tones of Parata, she in turn backed as enjoyably by backing vocals. With increasingly dramatic melodies and enterprise aligning with the rapier like swings of Ortega and the increasingly alluring vocals, it is a great start to the album if not one stirring up major surprises or turning heads.

That moment is given to the following Merciful, a less urgent and intensity fuelled track but one soon showing a broader menu of flavours and styles as keys caress vocals and a brooding bassline courts the sonic intrigue of the guitars. Between them Niggemeier and Adamowski lay a tapestry of warm and dark textures linking the contrasts of melodies and rhythms as a theatre of expression and delivery fuels the excellent vocals. The song has ears and imagination tightly held throughout, passing them on to the equally fascinating Better off Dead. A tenacious roar from its first second which is centred on an initial surge of riffs, the song proceeds to rhythmically growl and sonically sizzle as the dynamic vocal spirit and energy of Parata alone fills its body.

A delicious folk flavouring hits Finally a Love Song next, the excellent encounter opening with an acoustic stroll and that folkish scent before bursting into a hungrily feisty canter of riffs and swinging hooks that in turn slips into a melodic romancing and then out again. The track is glorious, one of the most memorable and thrilling moments within The Lemming Project showing the unpredictable diversity and refreshing imagination in the band’s songwriting and creative adventure.

Across Part of the Game and Manifest, band and album continue to enthral and thickly pleasure. The first is a grouchy flame of varied metallic and melodic textures within its power metal tempest, vocals again as varied and tempting as the thickly anthemic wall of sound and spices. Its successor relaxes in intensity a touch, though it too weaves an ear seducing proposition of light and dark textures led by the warm keys of Gysi and the predacious tones of Novosel’s bass. Though not as striking as its predecessor, the song offers a fine line in imagination too which is hard to resist and easy to greedily devour, a quality also soaking Eternal Wanderer. It is another song which opens with a not unfamiliar presence, at times especially reminding of Danish band Forever Still, but with the vocals steering the robust ship of tempestuous energy and diverse textures, the track soon has the body swinging and appetite hooked on its infectious incitement.

The outstanding Red Lake revels in thicker electronic ingenuity for its climactic and riveting theatre whilst the melodic hug of Where Lonely Shadows Walk seduces with another seemingly familiar air to one mesmeric croon. It is a recognisable essence soon forgotten though as violins and keys embrace magnetic vocals and harmonies before brewing up a volcanic roar of sound and emotion. The song is another pinnacle and just as enjoyable in its acoustic version which completes the album after the intoxicating creative tempest of its title track. At almost thirteen minutes long, it is a kaleidoscope of sound and styles which simply leaps through new twists and thrilling turns without a hint of what is to come minute by minute. Its busy adventure simply makes its length slip by, the track emerging as our favourite whilst providing a great end to The Lemming Project with that acoustic offering a last kiss on the ear.

Whether The Lemming Project is as bold as it might have been so it could truly stand out in the metal world can be debated but few power metal offerings have been as enjoyable and greedily taken to ears in recent times than Inishmore’s excellent rousing of the spirit.

The Lemming Project is out now via Dark Wings through most online stores.