Like intoxicating liquor, some flavours simply grown stronger and more compelling with age, and that is the same with Bitter Pill, the new video single from British independent rock artist Pryti. The song comes from the Birmingham singer songwriter transfixing and mightily impressive debut album Tales Of A Melancholic, which was released on her own label, Welcome To Pariahville early last year. Within the collection of dramatic and imposing landscapes of emotions and dark shadows, Bitter Pill certainly captivated and infested the imagination with its “bracing vocals and melodies caught on a passionate sonic wind”. Fair to say, as the album, it just grew with every listen from there but it is now on its own, and for whatever reason, the song really seems to have gained its biggest blossom as one seriously enthralling moment.

Inspired by the likes of Deftones and Paramore, both audible spices in Bitter Pill, Pryti is quite simply a sonic force all on her own. On the single and album, she was the sole source of songs, vocals, guitar and bass; a resourcefulness and strength which goes with the DIY ethic of her label and presence. It is a talent which only impresses when hearing her Justin Hill (Sikth, Heart of a Coward, Yashin, Bury Tomorrow) produced and majorly acclaimed first album, Tales Of A Melancholic and only does so again with Bitter Pill. 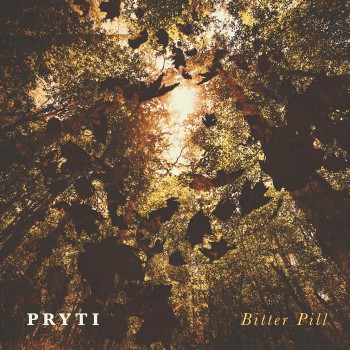 The song instantly grips ears with its dark ambience and portentous beats, the lone lure of guitar as melancholic as the sounds around it are imposing. Pryti’s vocals equally have a solemn resonance to their intimate emotion and beauty, only flaming with greater inviting hues as the song equally rises in intensity and suggestive drama. That Deftones influence is an open colour, adding to the almost invasive air and tempestuous nature of the song. It is simply intoxicating stuff, a beguiling and haunting incitement of ears and imagination which shows no lessening of its potency even as lighter breezes dare to creep in on the compelling act.

Equally the video for Bitter Pill is as invasively mesmeric; Pryti alone in a shadow washed forest an evocative visual melancholy only reinforced by the elegant moves of the masked dancer which seem to add  to the song’s heart spawned solemnity. Directed by Marcus Maschwitz, the film is a captivating piece which draws rather than distracts attention to the actual song and its open heart.

The press release for the Bitter Pill suggests that, “There is little doubt that 2016 is going to be colossal for Pryti.” We for one will not argue.