Whitecliff – 5 Minutes / ’Till The End 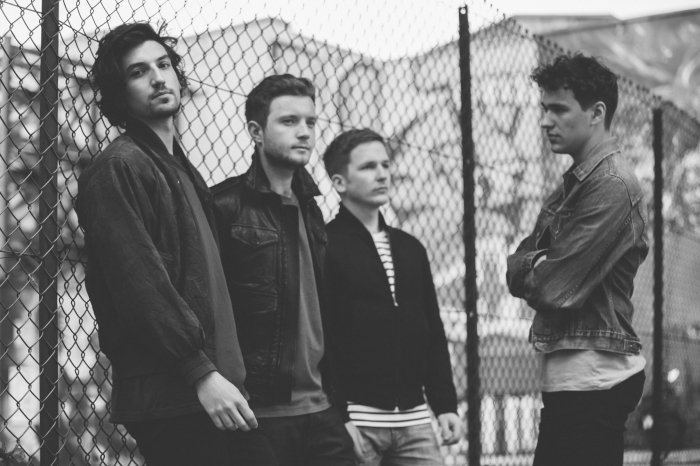 It is fair to say that British rock band Whitecliff is gaining a reputation as rich and inescapable as their drama soaked sound has proven to be, and it is safe to say that it will only increase with the release of new single Five Minutes. The two song offering is a captivating example of the band’s indie/melodic rock imagination with even bolder exploration coming in the atmospherically thick ’Till The End which accompanies the lead track. Released via 25 Hour Convenience Store, the label of The Libertines’ Gary Powell, the single has all the qualities to spark another successful year for the band to match 2015.

The first band signed to 25 Hour Convenience Store, Whitecliff first lured attention with debut single Everybody Knows, its success backed and pushed last October by the Young Lovers EP. Both releases grabbed ears with their fresh and vibrant sounds, in turn drawing potent media attention and support across terrestrial and internet radio. Live too, the band has grown from strength to strength, supporting The Libertines at one of their sold out Alexandra Palace shows and playing London’s Old Blue Last and the Notting Hill Arts Club amongst highlights so far.

Reuniting on the new single with producer Ken Nelson (Coldplay, Paolo Nutini, Badly Drawn Boy) and for mixing Dan Grech (Lana Del Rey, The Vaccines, Circa Waves), both handling the previous EP too, Whitecliff need mere seconds to grip ears with 5 Minutes. Its initial guitar jangle alone has the imagination engaged whilst the subsequent thick bassline of Paul Bates and the skittish beats of Tom Taylor soon spring hips and head bobbing into action. Vocalist Olli Nagy as potently as ever exudes confidence and charm whilst guitarist Jonny Ball gives a new wave character to his flirtatious dance of pick and imagination on strings.

The track is an addictively infectious and provocatively rousing proposal easily whipping up an eager appetite for its prowess before ’Till The End sees the band slip into atmospheric waters with the resonance of bass colouring the poetic suggestiveness of guitar. As Nagy then lays his beguiling tones on the emotive canvas, a Muse/Coldplay like scent arises in sound and tone though pleasingly Whitecliff hone it into something individual to them. Almost prowling ears with its slow gait, the track is a fascinating look at another side to the band’s songwriting and invention; a new strain of variety sure to flourish across future releases.

As much as the Young Lovers EP solidly impressed, both 5 Minutes and ’Till The End outshine any previous Whitecliff endeavour. The single is a rousing and transfixing proposal across its two tracks and yes with it as evidence; it might be safe to say that 2016 is going to be another potent year for the band.

5 Minutes / ’Till The End is released April 8th via 25 Hour Convenience Store /Believe Digital through most online stores and @ http://whitecliffband.bigcartel.com/product/five-minutes-single