Home › Music › Album › The Visit – Through Darkness Into Light

The Visit – Through Darkness Into Light 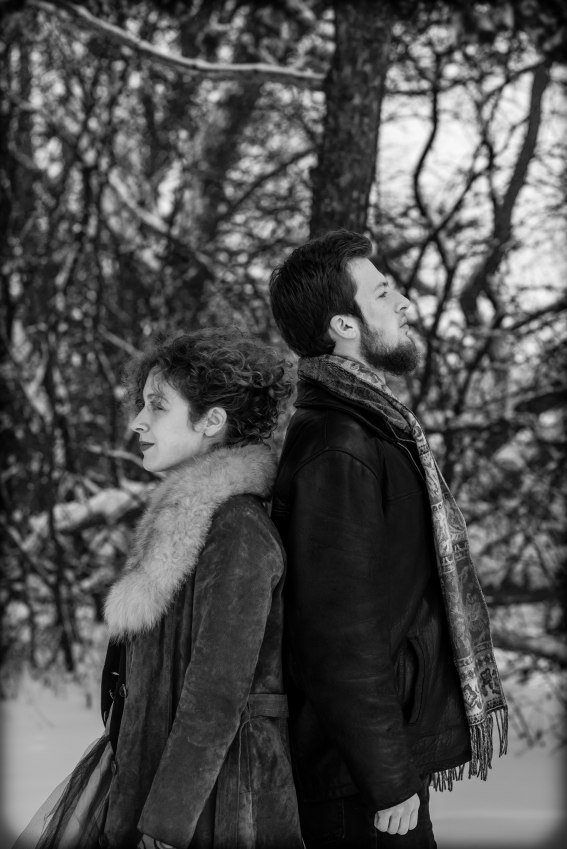 Many before us have cast potent words of acclaim and ardour upon the highly anticipated debut album from Canadian duo The Visit; enamoured comments and descriptions as complicated and simplistic as the arising emotions warranted. To those justified statements of praise come another; Through Darkness Into Light is simply one of the most sublimely crafted and mesmeric moments of pure aural beauty you are likely to hear in a long time.

The Visit is the creative union of cellist Raphael Weinroth-Browne and vocalist Heather Sita Black, a project which emerged around a year ago within the Ottawa music scene. Soon their live performances were earning mass praise as too their debut release, the bordering on fifteen minute adventure of single track Between Worlds. Securing coveted slots at Nouvelle Prague Festival in Prague, Czech Republic, Ottawa’s RBC Bluesfest, and the Royal Conservatory’s esteemed 21C Festival in Toronto since, the pair unveiled their debut album towards the rear of 2015, a proposition which has continued to lure and incite eager attention and lustful plaudits.

Whether taking Through Darkness Into Light as one epic journey or as individual emotive tales, the album is a powerful captivation of sound and creative expression. For simply voice and cello, it is also an awe inspiring giant tapestry reeking atmospheric and emotional suggestiveness. The five tracks making up the release provide poetic soundscapes to physically and emotionally immerse in, yet equally an intimacy in tone and voice which serenades and seduces the imagination as potently as the raw ambiences and enveloping atmospheres hug the senses.

Sound wise, what seems simple to pin down after a fleeting listen is anything once diving into the album. To try and simplify it, classical chamber music craft and imagination is ingeniously embraced by and entwined with a wealth of transfixing hues from varied sources; Middle Eastern and Persian music among them. From opener Without This Flesh and its cold but engaging initial charm, The Visit cast a fascination of sound and Homeric majesty. The magnetic elegance and poignancy of Black’s voice paints rhapsodic yet intimate reflections of vast and at times starkly imposing landscapes and their emotive beauty whilst the Weinroth-Browne conjures a physical portrayal with his bow which is as majestic whether he gently caresses strings with it or scythes across them with impassioned intensity and drama.

Each track is as much its own mini travelogue of exploration as part of a bigger journey; all persistently evolving and twisting quests of spellbinding imagination and unpredictability. The likes of Offering with its sultry air and shadow bound scenery and the progressively brewed intrigue and beguiling seduction of Cast Off The Veil take the listener into seemingly familiar but undiscovered and arresting avenues of worldly theatre and emotional observation. Again the cinematic quality of tracks simply adds to the adventurous reactions of ears and imagination which as the music evolves with every listen of each individual creative emprise such as the album’s final pair, the spellbinding Through Darkness and celestially hued Into Light.

As traditions and bold discoveries merge, reflected in lyrical voice and sound, the release sparks fresh interpretations with every listen, ones that also persistently shift and will be unique to every set of ears and imagination immersing into Through Darkness Into Light. Truly it is impossible to give a full picture in words of the creative alchemy at work from Weinroth-Browne and Black, and we have barely touched on the technical might of both, but it is very easy to recommend an album and experience of pure inspirational beauty which is unlike anything you will come across anywhere else.

Through Darkness Into Light is available now @ http://thevisit1.bandcamp.com/