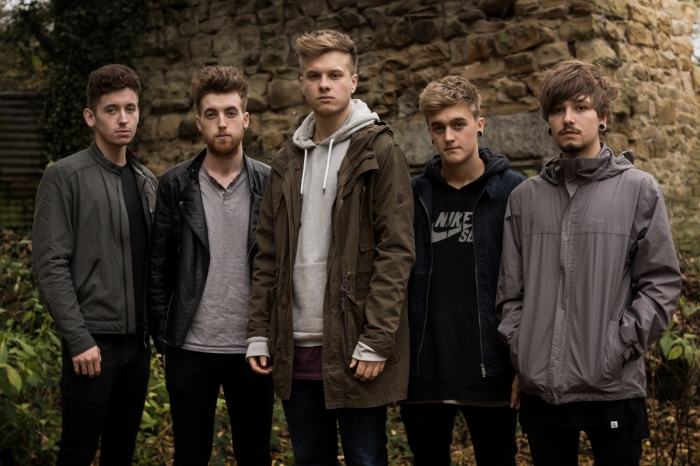 With a sound living up to their name; music and songs which tell a tale for ears and imagination to get wrapped up in, UK band Story release their second EP, Hopeless But Hoping this month. Carrying six tracks fusing melodic metalcore with post hardcore amidst rock scented infectiousness, the release is a captivating and accomplished encounter which is as much at ease brawling with the senses as caressing them with suggestive melodies.

Formed in 2014, the Sheffield hailing band seeded their sound in the inspirations of bands such as Memphis May Fire, Of Mice & Men, Mallory Knox, and Young Guns. They quickly earned a potent reputation for their live show, sharing stages with the likes of Tek-One, Qemists, ACODA, Shields, Silent Screams, The Call Back Academy, and Summerlin over time whilst the release of their first EP and debut single Father Forgotten, nudged a broader attention. Now they are unveiling Hopeless But Hoping to stir things up again and to greater heights, a success not too difficult to contemplate.

Produced from within the band, Hopeless But Hoping opens with Story’s new single/video Article 10. It lays a gentle melodic touch upon ears initially, evocative guitar charm stroking ears and imagination before a bigger rumble brews and escapes the band. It soon relaxes as the impressive vocals of Bill Hobson step forward with the narrative, the guitars of Liam Gratton and Matt Baxter almost dancing around him with their enterprise. Equally, between them the pair uncage some feisty and imposing riffs to match the throbbing rhythms of bassist Tom Walker and drummer Chris Ogden as Hobson shows his fluid switch to angst fuelled aggression is equal to his harmonic delivery.

The track is a fiery and eventful encounter with a nice line in unpredictability, not a trait which every song exploits as well but when they do as in the following Push Me Away, the imagination cannot help but get involved. The second track swings in on a lure of tenacious rock ‘n roll, calming down again as vocals join the bubbling affair before rising up with energy into an emotive snarl. Great backing roars and keen spirals of sonic endeavour add to the contagious tempting and presence of the song; it as its predecessor offering plenty of textures and twists to be forcibly enticed by.

Community flares up next, its emotive and volatile blaze catching attention if without finding the same individuality and success as the songs before it. With open craft from the band in sound and songwriting as well as a strong anthemic feel to it, the song certainly keeps enjoyment high before Letting Go serenades ears as an emotive turbulence shares its ire in the background. Melodies and vocals gently and impressively hug the senses, proceeding to reveal their tormented side as in time provocative flames of sound and emotion erupt in a thick engulfing of the senses. It is a slow burner compared to the first pair of songs, but grows to be another highly agreeable moment in the adventure of the EP.

The release’s busily textured and energetic title track sizzles within ears next, Hopeless But Hoping a song which is as riveting as it is a touch frustrating. It leaps in with an irresistible turbulence of grooves and rhythms aligned to raw vocals but then lets the strength of its thrilling start wane as its intensity and drama drops. It saves itself though with some fascinating turns into atmospheric and melody fuelled resourcefulness to add a great element of surprise to an encounter which, as great as it turns out, just feels like it could have been even bigger and bolder.

Carry Me Home finishes the release, its rousing air and boisterous enterprising alone a blend to grab attention. It might not be a song ripe with uniqueness, something you could say about the EP generally, but as Hopeless But Hoping, it has a wealth of invention and drama, as well as the band’s undeniable skills, to leave ears and emotions healthily satisfied. The potential of their sound also makes a lingering impact suggesting that Story has a potent time ahead of them.