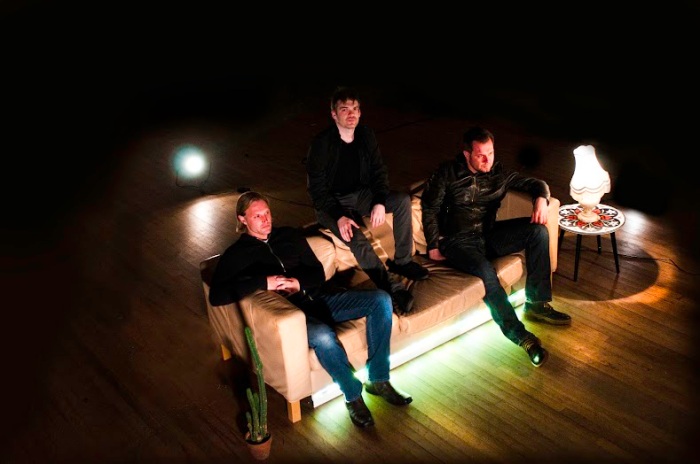 Two Lovers is the new single from UK rockers Partisan and the portent of a similar union between ears and band if the single is a sign of things to come. Hailing from Manchester, it is fair to say that the band has already whipped up appetites with a three track EP last year and songs like Pushing Up Daisies and Juggernaut, and now seem set to make an even bigger impression with their latest proposition.

Partisan was formed early 2013 by vocalist/guitarist Stuart Armstrong, with bassist Dan Albon and drummer Rob Jones, after the demise of previous band Six10Repeater the year before. As mentioned their first EP suggested Partisan was a band worth keeping an eye on; ahead of a new EP being recorded with producer Jim Spencer (The Charlatans), Two Lovers now confirms it.

The song instantly hits a feisty stride with jangling guitar and a moody bassline to entice ears before a slight relaxation of energy, as Jones’ beats keep a lively essence going, brings in the engaging vocals of Armstrong. It is a potent mix which gets attention and appetite firmly involved and ready for the fiery chorus which erupts with Armstrong’s vocals especially magnetic to match the blaze of melodic spicing and tenacious energy which fuel the rich crescendo.

Repeating the enjoyable cycle throughout, Two Lovers is a song which maybe does not bask in major uniqueness sound wise but it has a very memorable character to its infectious presence and imagination which means lingering enjoyment. So with that new EP in the works, 2016 could be a big year for Partisan, certainly if they can build upon the success of Two Lovers.