Some things are meant to be and seem to navigate to that outcome whatever the initial intent. French melodic rock band Sahona is one of those propositions. Originally, it was intended as a solo project but as musicians were brought in to help its creator, the dynamics and creativity of a band took over. Now they make their introduction with a self-titled debut album; a rousing drama of sound and imagination that simply grabs attention.

Emerging from the South of France, Sahona was formed in 2013 by vocalist/guitarist/keyboardist Charly Sahona of progressive metallers Venturia. As mentioned, the project was set up as a solo venture with friend and drummer Stéphane Cavanez brought in to help out. Having produced some songs for the duo, guitarist Fabien Paraillac soon joined the pair, to be joined later by bassist Cédric Artaxet. As everything and everyone gelled, Charly proposed to turn the project into a full band venture with this their first album recorded in the spring of 2015. Now it is unveiled and ready to tempt and entice with its adventurous blend of melodic and progressive metal with electronic imagination.

The album makes a potent impression first time around but from a strong start and across a host of additional plays, it emerges as an even richer tapestry of sound and ideation which simply fascinates and enthrals. Opener Light of Day, Sense Of Life epitomises the increasingly magnetic journey; a song which draws ears into its melodic charms quite quickly but truly blossoms as each play allows a deeper exploration of its celestial aired depths. From an atmospheric entrance with dramatic keys soon adding additional drama, the song brews up into a busier and more energetic proposal veined by richly enticing guitar and the similarly potent tones of Charly’s vocals. Its melody rich epically throated yet intimate sound has a feel of Dream Theater meets Muse meets Absolace to it, a description which suits most of the release. Individual craft is as pungent and enjoyable as the united enterprise on show in the song, the band creating calm and reflective, raw and aggressive twists and turns which only increase in potency with every listen. 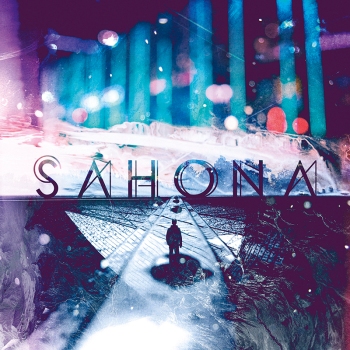 The same applies to the album’s outstanding second song, Fires of Passion. Straight away ears and thoughts feel they know the song, like it is a familiar friend returning to arouse the spirit, which it does from its opening web of grooves and flowing, expressive keys. That familiarity comes from again the Muse scent which is at its most fragrant in the song, but it only adds to the drama and tenacious roar of something ultimately distinct to Sahona. Riffs have a great niggle to their tempting whilst rhythms show a firm hand with every throbbing bassline and swinging drumstick as melodies and vocals caress as they seduce. It is the steely grooves and flaming tendrils of guitar enterprise which provide the icing on the flavoursome cake though, a feast which from its first play simply has the ears and emotions in rapture.

On This Winter Night brings an electronic coldness and shadowing into play next, its electro prowling the lining and introduction to further sonic resourcefulness and impressing vocals around a darkly alluring bassline. As its predecessor, it carries a recognisable hue to its creative attractiveness but it only colours something fresh and imaginative, a success echoed within the mellower emotive reflection of Under My Skin. Even with it’s a calmer climate it too shows great volatility to its intensity and heart, but equally equipped with the same infectious nature and sound which lit its predecessors

The electrified air and touch of the increasingly sonically exotic Words of Wisdom grips attention next whilst Little Jack spreads some bluesy tempting into its feverish mix of anthemic intensity and a predatory yet warm coaxing of the imagination. The pair continues the great variation in sound between tracks and offers more of the mouth-watering collusion and at times almost duelling guitar skills of Charly and Fabien. They are incendiary moments which never derailed or distract from the virulence of the song though, another skill shown by the band.

The haunting theatre of A Modern Sleeping Beauty follows the pair; its initial melodic romance leading into a fiery incitement complete with intoxicating grooves and a sinister air before Caught in Heaven descends on ears with glorious guitar jangles and sonic expulsions which in turn spark a boisterous and explosive devouring of ears. The track is glorious, part beast, part charmer, and a nonstop slice of merciless irresistibility. Again the band manages to spawn a predacious tone to their blaze of melodic and harmonic adventure in a track which, as the second, needs little time to ignite a lustful appetite for its presence.

Both Where’s The Path and I’m Alive keep enjoyment strong, if without reaching the heights of the last track. The first initially lays a lively simmer of energy and emotion on ears which, as in so many songs, grows into something bolder and more dramatic with every passing minute whilst its successor is an emotive croon which hugs the senses as Charly spills his lyrical heart.

Closing the album is the cosmic shimmer that is Book Of Life, a song which resonates and pulsates as it seduces body and mind. Sinew spun elements collude with candescent melodies and crystalline textures within it, helping colour a landscape as potent whether casting a mellow lure or a tempestuous agitation. With Cédric and Stéphane creating a sonic canvas which alone is easy to get tangled up in, the track is a superb end to a similarly impressing album.

For most Sahona will have been a new name; after their thoroughly enjoyable first album works its majesty, soon a highly recognisable one.

The Sahona album is out now through most online stores. 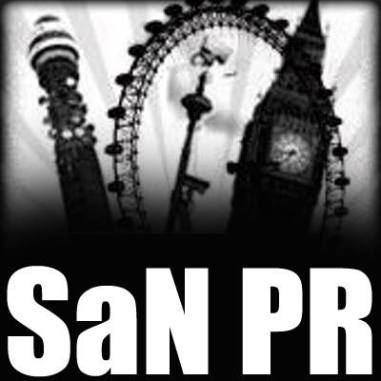