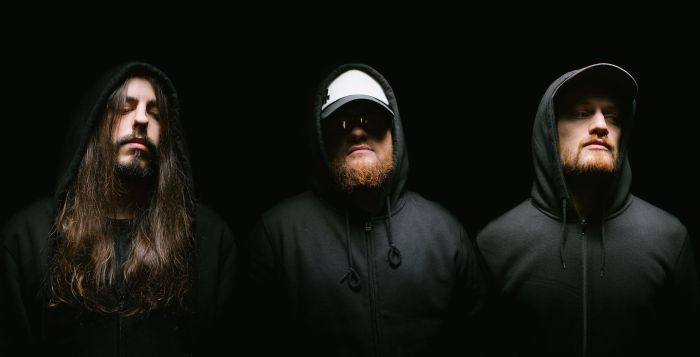 January saw the unleashing of the new Conan album Revengeance, a leviathan in barbarous weight and corrosive intensity which outshone its equally punishing and exhilarating predecessor of 2014, Blood Eagle. Let off the leash via Napalm Records, Revengeance is a callous incitement making a big statement in the landscape of modern doom metal. Given the opportunity to get into the heart of the album, we probed guitarist Jon Davis to find out about its creation, the background of the band, the state of doom metal right now and more…

Hi Jon and many thanks for taking time out to talk with us.

Before we dive into new album Revengeance, can you give us some background to the beginnings of Conan back in 2006?

We started as a two piece, fucked around for a while and then decided to make ourselves into a 3 piece.

Is the band still driven by the same intent and inspirations as when it started out or have they shifted over the past decade?

Yes of course. We’re just a band who likes to play as many shows as possible and get out on the road. We may play bigger stages but we still think the same way we did back when we started touring.

You have just released third album Revengeance, a beast of an infestation and rousing of the senses. Where do you see the band sound wise in comparison to debut full-length Monnos of four years ago and where has your music evolved most potently for you over releases?

I think our sound is still pretty much the same, a three piece of drums guitar and bass, but the songs themselves have become slightly more intricate; more interesting and heavier. We use dynamics to greater effect, and are able to do a little more than the simple ‘slow and low’ that we used to do. Over each release a band should get better at what they do and I think we are achieving that.

Obviously your songs often have seeds in the tales of the band’s namesake but otherwise do the same themes inspire your music now as back then or has that expanded as experiences have? 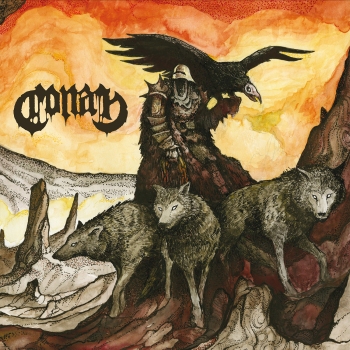 Did you go into the writing of Revengeance with any specific direction or premeditated exploration in mind?

Not really no, we wanted to write a better album than Blood Eagle and Monnos but aside from that we didn’t try and steer ourselves in any particular direction. We just got in the practice room and wrote songs as they came along, really naturally; it was cool.

As shown by the new album alone, there is a depth of diversity to your brutal doom propositions working away as potently as the carnivorous surface confrontation. Is there a fine balance you have to find to create that compelling union of callous intensity and groove infested rabidity?

I think we have always had a certain groove to our music. We have always mixed that with pretty simple brutal riffs and drums that carry the riff along in a slightly more ‘groovy’ (not 60’s) way.

Did you approach the actual recording of Revengeance the same way as its acclaimed predecessor Blood Eagle of 2014?

Yeah, exactly the same…Chris Fielding (now on bass / vocals) produced it at our studio (Skyhammer Studio) and we had a great time. This was the same set up as Blood Eagle, but of course Chris and Rich had joined in place of Phil and Paul.

Was it a release which continued to grow and develop at the recording stage or are you a band which likes to go into the studio with songs finished and ready to go?

We always get to the recording phase with the songs ‘almost’ ready. This was no different. There will always be a degree of change during the recording process and we kind of like that as we can go with the flow and maybe improvise a little bit during the writing process

There is a raw energy and that uncharitable intensity which feels like being physically there in the face of the Conan storm and assault; was the album set down with live takes and how does the writing process work within Conan?

The writing process usually consists of me working out some riffs and showing the guys. We will then all get together in the practice room and work through the song ideas and riffs and create the songs. The album was recorded the same way as usual really. Drums were done live with me playing a guide guitar track. Then guitars were recorded over the drum takes and the same with bass and then vocals at the end.

Do you test new songs out on the road first before committing them to record?

On this album we played Thunderhoof live a few times and that felt good, but the other tracks didn’t get played live before the recording.

When you played it, how did you gauge reactions? Obviously fans are more than likely to react positively to anything offered live so where do you look for key signs if something new is working? 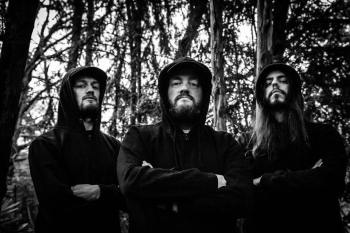 With Thunderhoof people seemed to like it but we noticed they really liked the songs like Horns for Teeth and Foehammer off Blood Eagle; I guess our writing style went in that direction once or twice on Revengeance.

There seems to be a new rich wave of emerging bands within the doom landscape, how are you seeing it from the inside as one of those increasingly driving the scene for the past decade?

Most of them aren’t ‘doom’…… You will see heavy bands, but why can’t they just call themselves ‘heavy metal’? We adopted up our own ‘Caveman Battle Doom’ thing as a joke after our first ever show called us that, but we don’t take that seriously. There are lots of great HEAVY bands out there though, but they aren’t necessarily doom…

The UK and European doom landscape is at its strongest to date though would you say?

I guess so. Those bands that are actually playing music that resembles doom do it very well – Serpent Venom, Coltsblood etc. There are lots of cool bands currently; it’s a good time to be alive.

What is next for Conan as 2016 develops? You have some live dates I believe coming up?

Yeah, we are touring the US in March and then the rest of 2016 we have lots of live shows and festivals. We love to tour.

Once more, our big thanks Jon for sharing your time with us. Any last thoughts you would like to add?

Cheers, thanks for reading.

And finally, give us an insight into the records and artists which could be claimed to have most inspired your own creative life.

Slomatics’ Flooding The Weir and everything that followed it.

Read our review of Revengeance @ https://ringmasterreviewintroduces.wordpress.com/2016/01/28/conan-revengeance/