Home › Music › Album › The Scrap Dealers – After A Thousand Blows

The Scrap Dealers – After A Thousand Blows 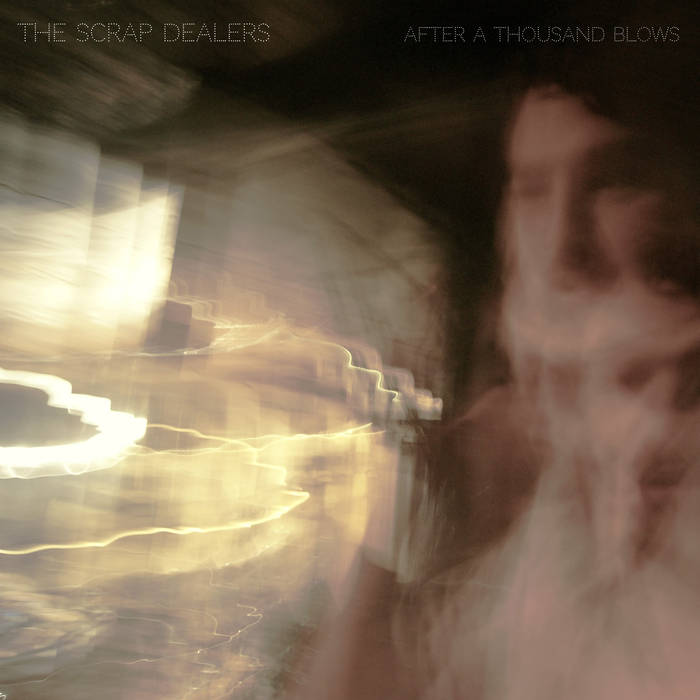 After A Thousand Blows is the absorbing debut album from Belgian band The Scrap Dealers, a quintet unafraid to merge distinctive sounds into one immersive experience. As shown by their latest release, it is an imaginative collation of flavours which maybe not be always forcibly unique quite yet but certainly offers a fresh and fascinating captivation for ears and imagination.

Formed in 2012 in Liège, The Scrap Dealers initially emerged with a garage punk sound, releasing their attention grabbing debut EP Red Like Blood two years later. At that point though, the band began embracing a more psychedelic rock driven direction in sound; kraut and shoegaze influences amongst many similarly woven into their new explorations. Towards the end of 2014, a second offering in the shape of a self-titled EP was unveiled, the impressive release making a potent bridge between the band’s old and new blends of sound. After A Thousand Blows is another resourceful step in the evolution, but an encounter at times still enjoyably showing the rawer rock ‘n’ roll instincts the quintet of Hugues Daro, Régis Germain, Justin Mathieu, Cédric Georges, and Bruno Lecocq began with.

Recorded, mixed, and mastered by Allan Snon and Jeremy Alonzi, and released on Belgian DIY record label JauneOrange, After A Thousand Blows opens up with the instantly atmospheric Walking Alone. From its first portentous rumblings, keys and guitars entwine in a sonic mist sharing dark shadows and melancholic ambience. As bold beats enter the affair, a lighter hue begins to blossom; the catchiness of rhythms the eventual spark to warm melodies and a sultry glaze around the darker essences which remain as potent as ever. The vocals equally have a harmonic glow to them, thoughts of My Bloody Valentine and Curve emerging as the song continues to shimmer yet there is a strain of alternative and psych rock which only adds more character to the gripping start to the album.

The following I’ll Never Be Like You also emerges with a singular coaxing of sound but does not hang around before unveiling its own psych pop adventure with a persistent catchiness which infests everything from voice to guitar, bass to drums, and indeed the listener. As shown by its predecessor and all tracks to come, there is a drama in the songwriting and music of The Scrap Dealers; an intriguing undercurrent which has the imagination as hooked as firmly ears are enthralled by the virulence of sound. Here the magnetic but predacious tone of the bass is a prime instigator; enticing shadowy clouds and emotive dilemmas whilst offering addictive bait of its own backed by flirty beats and the evocative tapestry cast by the guitars.

A scent of the band’s garage rock origins comes with She Doesn’t Wanna Leave Your Mind, the track a slimmer, compared to the thicker immersions of the earlier songs, but no less emotive embrace of ears. Its raw and fuzzy textures easily engage and stir attention though the sinister air and volatile breath of Keep My Silence Safe soon puts it in the shade. There is no escaping an enticing essence of The Jesus and Mary Chain to the excellent encounter, especially as its dark invasive entrance slips into another magnetic stroll lit with psychedelic colouring and pop rock revelry. From the dark there is light, a switch of mood and texture which all the tracks seem to be built upon no matter which contrast they start from, and no more alluring than within this siren of a song.

The surf rock laced melodic rock romancing of That’s What We Call Love takes over to keep ears greedy, its tangy nature and whiff of discordance tantalising as it engagingly seduces. As potent as it is though, the ten minute adventure of I Lost My Faith in no time steals all attention from its companion. The closing track has the psyche rock mesmerism of The Horrors and the melodic enticing of Slowdive woven into its own distinct and seductive landscape of enveloping shadows and immersive beauty. Maybe a tad too long for personal tastes, the song is a riveting close to a thoroughly enthralling release, whilst The Scrap Dealers are a band who, as their sound continues to evolve, is on the path to being a potent part of the psychedelic and shoegaze landscape.

After A Thousand Blows is out now via JauneOrange in conjunction with Sick Fuzz Records, digitally and on vinyl and tape @ https://thescrapdealers.bandcamp.com/