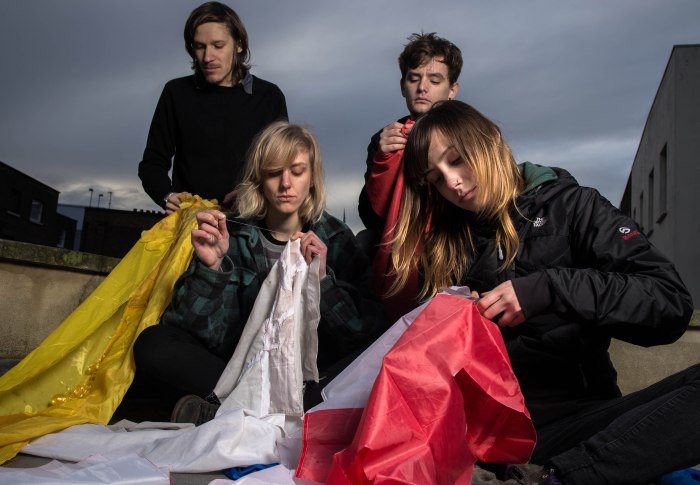 Originally formed for an international women’s day gig in 2013, feminist post-hardcore band, Petrol Girls have proved to be one fiery roar within British punk ‘n’ roll. Their attitude loaded, defiance fuelled sound has ignited many a venue across the UK and Europe as well as an ever increasing horde of eager ears, a success bound to be accelerated by the release of the Some Thing EP.

Inspired by the likes of Refused, White Lung, Bikini Kill, Fugazi, RVIVR, Propagandhi, At The Drive-In, and War On Woman, Petrol Girls create a ferocious brew of punk rock unafraid to embrace other spices. Certainly the six tracks making up Some Thing have varying echoes of those influences but equally there is a coincidental eighties punk/post punk essence which lures thoughts of bands like Au-Pairs, The Molesters, and Vice Squad. Lyrically too, the South East London hailing quartet pulls no punches in exploring and challenging sexism and other themes such as politics, alienation, the migrant crisis, and mental health. It all unites for one stirring and invigorating incitement and an EP which attacks, inspires, and rouses body and thoughts from start to finish. 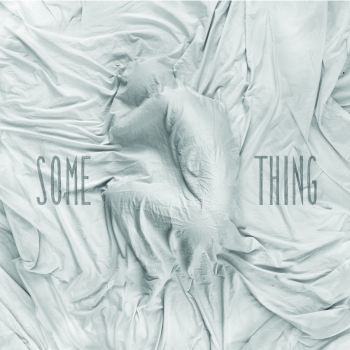 Produced by the band and Marta Salogni at Strongroom Studios, London, Some Thing embraces ears with fiery directness straight away through Slug. The guitars of Ren Aldridge and Joe York dance as they sizzle on the senses whilst the jabbing pokes of drummer Zock reveal a swing and relish which only sparks stronger involvement in the swiftly contagious and dramatic encounter. The darker prowling tone of Liepa Kuraite’s bass adds weight to the thick lure of the song too, a tempting enhanced further by the potent vocals and expression of Aldridge backed as potently by York and Kuraite.

The strong start kicks up another gear with Protagonist where short spicy grooves aligned to piercing sonic and rhythmic hooks instantly prey on ears and imagination. As in the first, a contagious energy and flirtation is a persistent beckoning, this time within a hardcore ire that has a Red Tape meets Billy Talent feel to it before an X-Ray Spex meets The Raincoats like confrontation shows through to stir up song and enjoyment even more.

Separated strolls in next, its mellower melodic landscape courting a catchiness which combined hints at the earlier mentioned band Au-Pairs. Expectantly, it too has a raw snarl and antagonistic nature which perfectly tempers and works with the calmer but no less imposing punk ‘n’ roll revelry, but as great as it is, the track is totally eclipsed by the outstanding Restless. The best track on the EP, it is a scathing sonic tempest which seduces as it wrong foots, sudden slips into warm caresses and virulent old school punk devilment complete with addictive hooks and abrasive intensity an inescapable enslavement. At certain points, the song has thoughts wondering if this is what The Slits would sound like if starting out now, but ultimately and once more the striking provocateur is distinctly Petrol Girls.

The predatory enticement and belligerent roar of System comes next, band and song creating infectious and intimidating emotive contumacy before Disgrace brings the EP to a close with its even more cantankerous proposal. Again as wilful and rebellious as both are, there is an underlying catchiness which has the body as hooked as ears and mind.

Petrol Girls is maybe a band on the outskirts of recognition, or was as that is surely going to change if the Some Thing EP gets its persuasive way.

The Some Thing EP is available on CD, Digital Download, and three-track 7” Vinyl featuring the first trio of songs above now via Bomber Music @ http://www.petrolgirls.bandcamp.com/